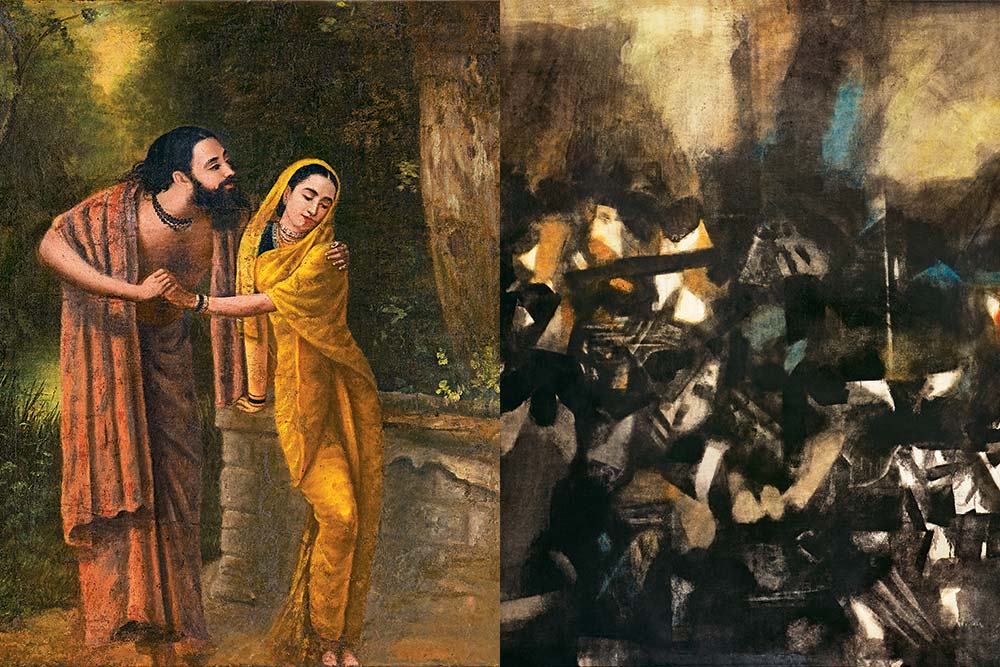 Pablo Picasso once said, “Art washes away from the soul, the dust of everyday life.” Art is more than just strokes of a brush or concoction of colours, it is also about the story that unravels on the canvas. It represents the journey of tales that have never been told.

Modern Indian art is considered by most scholars to have begun in Calcutta in the late 19th century and formed the basis of the different schools of art that the British introduced in India. One of the first stars of modern Indian art, Raja Ravi Varma, drew on Western traditions and techniques, including oil paint and easel painting. Over a while, there have been a plethora of influences that contributed to the making of modern Indian art, as we know it today. These include the Santiniketan school led by Rabindranath Tagore, and the art practices of modernists such as MF Husain, FN Souza, SH Raza, VS Gaitonde, to name a few, who yearned to establish a modern vocabulary for art that emerged from independent India.

Modernism represented an epoch of change and renewed experimentation for the artists from the subcontinent. The period played a significant role in carving out an important position forIndian art on a global scale. With the increasing importance of modern Indian art and the recognition of its value, the collectors came flocking.

Owning art with exceptional aesthetic attributes is indeed a valued and treasured acquisition. And with the art market presenting an encouraging prospect, this is the ideal time to acquire masterpieces by Indian modern artists. The Indian art auction market confidently stood its ground through the course of 2020 and continues to do so in the current year. The works by masters garner a lot of traction since great quality and auction standard creations are rather difficult to come by. The inventory of paintings by these artists is limited considering most of the masters have passed away. And, finally, the fact that their creative expressions encapsulate the foundation and evolution of modernism in India makes them the perfect representation of modern Indian art.

Let’s take a look at the magnificent pieces by the top five modern Indian artists that have taken the art industry by storm.

VS Gaitonde continues to rule the roster, considering that it was his untitled work created in the year 1995 auctioned in 2015 that initially set the world record, while the current world record for the most expensive modern Indian art painting sold in an auction is the artist’s work executed in 1961, auctioned in March 2021 at Rs 39.98 crore. Gaitonde is India’s most important abstractionist. His art manifests the magnitude of austerity, while at the same time captures the expansiveness of the intangible. He imbibed his creations with enriched metaphysical attributes of form and space making his work highly sought after. 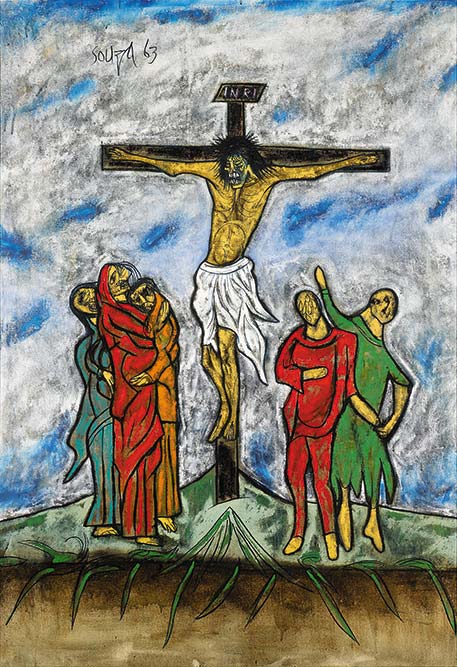 SH Raza’s magnum opus creation from the year 1972, titled ‘Tapovan’, auctioned in 2018 at Rs 28,94,12,500 makes him the second artist to feature on the list. Raza’s artistic voyage delineates with absolute clarity; the creative evolution of an artist’s vision. He earnestly filtered the element of superfluous and rallied forward to establish an image that reflected his experience and philosophy. The master’s ability to translate and etch the jurisprudence of energy in its purest state is the very foundation and the exposition of SH Raza’s artistic legacy. As we delve deeper into Raza’s artistic universe, within the very paradigm of the visual language he created, we encounter an intriguing and palpable journey. The master’s established visual pantheon tacitly etches the presence of the perennial life forces that exist in the most delicate and imperceptible state.

FN Souza’s legacy is closely linked with the very foundation of the Modern Movement in India, considering he was the founding member and spokesperson of the Progressive Artists’ Group that was formed in Bombay in the year 1947. Souza’s art revolved around the nude form, still-life, and impeccable landscapes. The strong lines observed in his work formed the crux of his pictorial structure. He serenaded the form of his protagonists with poetic justice and showcased a vibrant and innovative painterly approach. His painting created in the year 1955, titled ‘Birth’, auctioned in the year 2015 for Rs 27,04,27,000, and features in the top five list of modern Indian art.

Tyeb Mehta’s painting titled ‘Kali’, executed in 1989, sold for Rs 26,38,68,000 in an auction dated 2018. Mehta was an eminent Indian modernist. He was born on September 6, 1925, in Kapadvanj, in a town of Kheda district in Gujrat. The tonality of the paintings created by Mehta and its core spatial background schema is flat. Within this flat dimension, the protagonists’ anatomy gets extended, undauntedly stretched. The achieved complexity gets propelled, while the enhanced dimensionality is indeed visually exuberant. The transition of the protagonist, or rather the merging of the subject with the space that surrounds it, was initiated and executed with such finesse, making his creations highly desirable and appealing.

Deemed as one of colonial India’s most important painters, Raja Ravi Varma was instrumental in introducing and popularising the western style, oil-based painting technique. His body of work consists of paintings based on mythology and portraits of royalty and aristocrats. Born in 1848, in Kilimanoor, the majority of his paintings are part of the collections of museums and important institutions. Apart from the technical genius, the rarity and antiquity associated with the artist’s work create ripples of excitement when they appear in an auction. The artist’s painting titled ‘Radha in the Moonlight’ executed in 1890 was auctioned for Rs 23,06.90,239 in the year 2016.