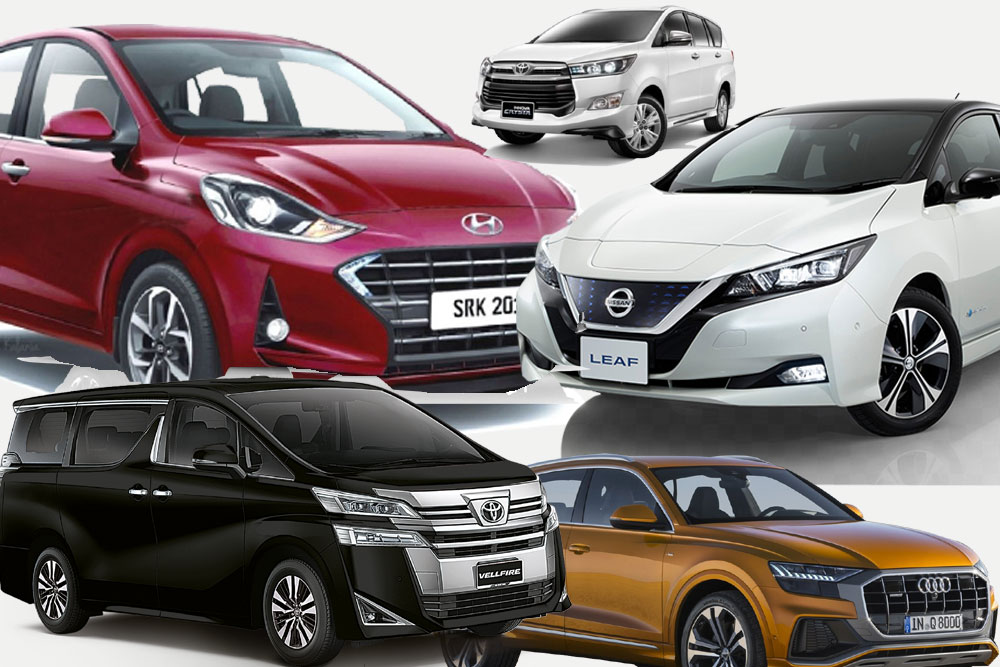 The new year will witness some really amazing launches. While there would be cars adhering to BS-VI emission norms, coming into effect from the beginning of April 2020, carmakers are betting big on Electronic Vehicles (EVs). The idea is to grab a share of the potential market pie. However, the focus of these new launches, is on looks, safety and technology. We have put together 10 most exciting cars that will hit the market in 2020. 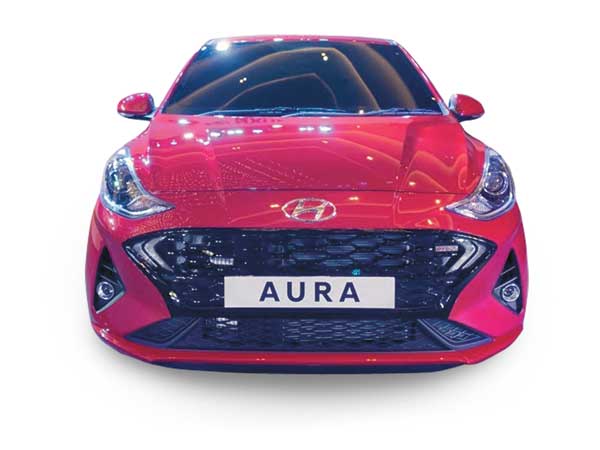 Having launched sketches for this model, this car will replace the Xcent and have looks inspired by the Grand i10 Nios (at the front). The sketches reveal its sportier look with massive grille in the front, LED Daytime Running Lamp (DRL) at the rear end and a muscular bonnet, refreshing in sub 4-meter sedans.

The car is likely to come with three BS-VI complaint engines. There will be two petrol engine options – 1.2 Kappa Dual VTVT engine (of the Grand i10) and 1 litre Turbo GDi (of the Hundai Venue). The diesel engine option will be that of a 1.2 litre U2 CRDI ( of grand i10). The manufacturer may also offer 5-speed AMT options with the 1.2 litre engines. The Aura is meant to be a passenger Sedan, which will rival the Honda Amaze, Maruti Suzuki Dezire and the Volkswagen Ameo.  With this, Hyundai is trying to ensure that your car looks and performs differently than a fleet cab. 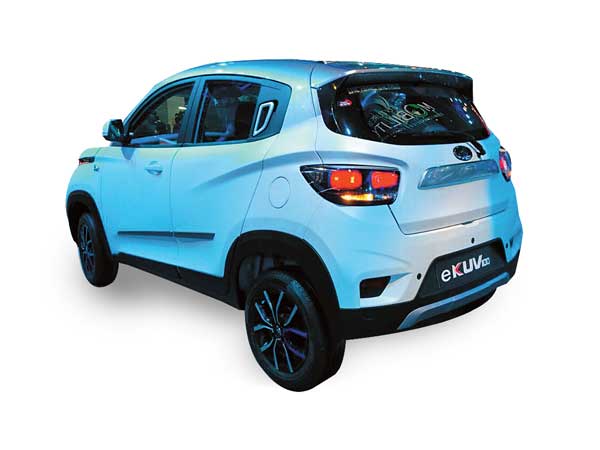 M&M has always been betting big on EVs, so this EV makes it to our list. The carmaker plans to introduce EV versions of its entire range of vehicles and this is a step in that direction. The company has already axed its hatchbacks the e20 and the e20 plus. So the eKUV will take its place. While eKUV will look broadly like the KUV, there will be some EV specific features that will be different, plus slightly changed headlamps and tail-lamps.

The eKUV is likely to come with a 30kW electric motor and provide a range of about 120-140 kms on a single charge. It also comes with a fast charging feature, which will charge up to 80 per cent in one hour.

While most features will remain the same, we can expect cabin pre-cooling, remote diagnostics, a battery health monitor and location tracking. The price would be higher than the gasoline powered SUV but one can expect savings in running costs. 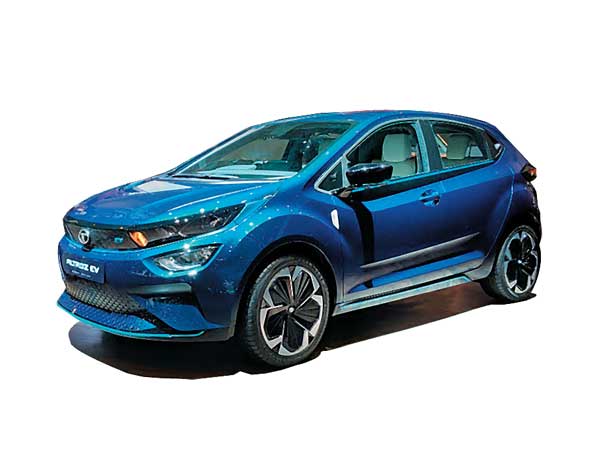 Recently, the spy shot of the Tata Altroz EV’s testing has surfaced online. The manufacturer claims the electric car will do about 200-250 kms in one charge. It will be charged in an hour, which it will get up to 80 per cent charge. The battery pack will be laid on the floor, giving the car a lower centre of gravity, improving handling. The car will be powered by Ziptron Powertrain technology, which the company has developed. It will get a permanent magnetic motor and a lithium ion battery pack, which will use liquid cooling. The Altroz will surely be a head turner with its sporty looks, aerodynamic design and will come with ultra slim LED headlamps, with a lower grill that will be ‘digitally inspired’. 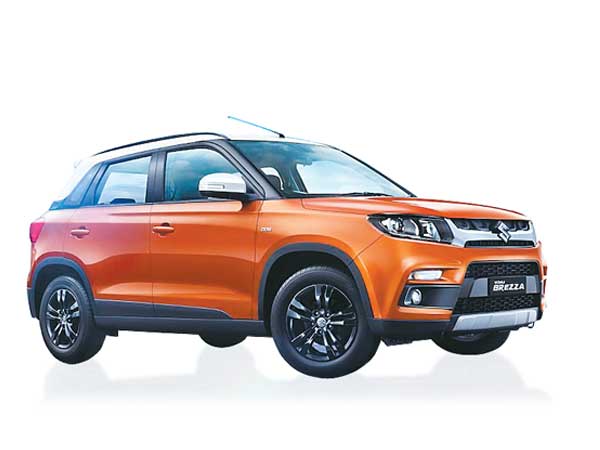 Maruti Suzuki is on the way to launch its first electric car, the Futuro E. With charging infrastructure still under-developed, the company is betting big on its cars, which adhere to BS-VI emission norms.  The new Brezza is likely to debut at the 2020 Auto Expo. It will be powered by a BS-VI compliant 1.5 litre petrol engine that powers the Ertiga, XL6 and Ciaz. The car will first come with a 5-speed manual gearbox and later introduce automatic transmission variant. The current Brezza with the 1.3 litre unit will be around till the BS-VI emission deadlines kick in. It will be positioned against Ford EcoSport, Tata Nexon and Mahindra XUV300. 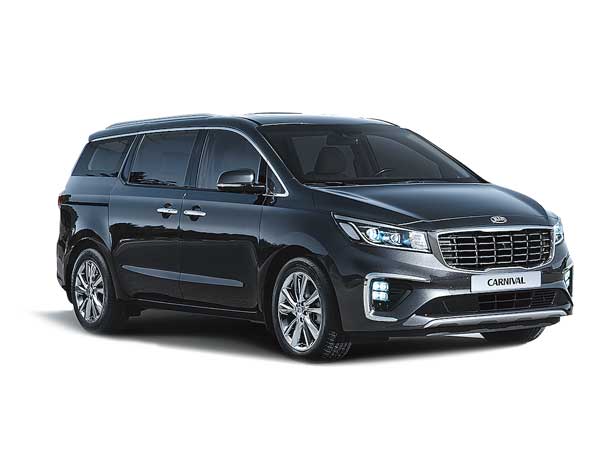 This one’s a spacious t-seater premium MPV and is likely to be powered by a 2.2 litre CRDI engine, loaded with comfort and convenience. A six-speed automatic gearbox will drive power to the front wheel.  What you have here is a large MUV, which is quite good looking and in right proportions.

The second row sliding door can be opened automatically with just the flick of a switch.

When it comes to comfort, the Carnival will have a hi-tech climate control system that guarantees that the interior air quality and temperature can be customised. The seats are 8-way memory seats where you can adjust your seating position. Stand-up seats in the second row ensure passengers in the third row will never have to struggle to get in and out of the car.

The rear view mirror is automatically dimmed in response to trailing headlights, to provide added safety when you are driving at night. 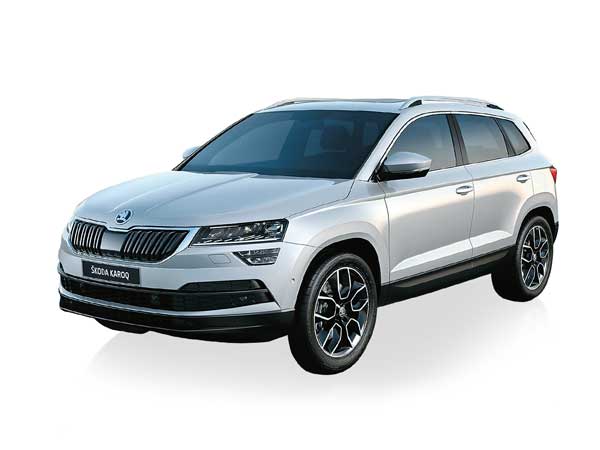 This Tata Harrier, Jeep Compass and a MG Hector Rival, will be brought in India as Completely Built Unit (CBU).  Under the hood will be a 1.5 litre BS-VI complaint petrol engine that will have both manual and automatic transmission options. Equipped with a 4-wheel drive the car can zip in and out of city traffic as effortlessly as it handles rough terrain. In the package you will also have dual tone body bumpers, flared wheel arches and 19 inch alloy wheels. On the exterior, the car has borrowed its design from the Kodiaq. So there’s the typical moustache grill, crystalline LED headlamps and LED fog lamps. 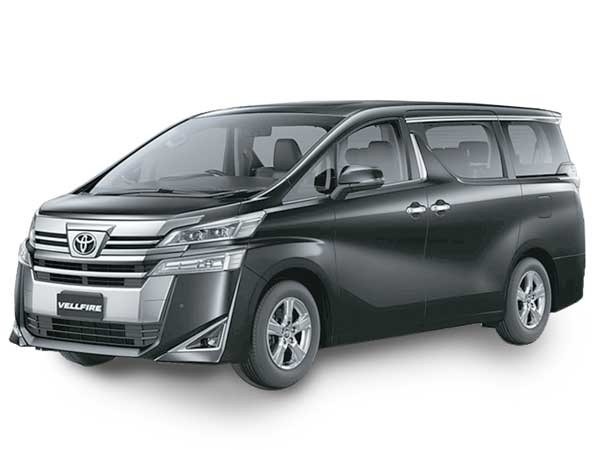 The price is the first thing one would notice and will compete with the Mercedes V Class. It will be imported as a CBU. The car will have a 6-seat layout and will offer extreme luxury. There is a three-zone automatic climate control, individual tray tables, twin moonroofs and features like mood lightning, a powered tailgate, wireless charger and LED headlamps. What’s more, sophisticated ambient lightning with 16 colour options to set the perfect mood for your drive while there is a 10.2 inch HD image display that delivers entertainment on the go.

The car will have a 150 HP, 2.5 litre 4-cylinder petrol engine combined with a 143 HP electrical motor, which paired with an e_CVT (continuously variable transmission) unit will give you an effortless driving experience. 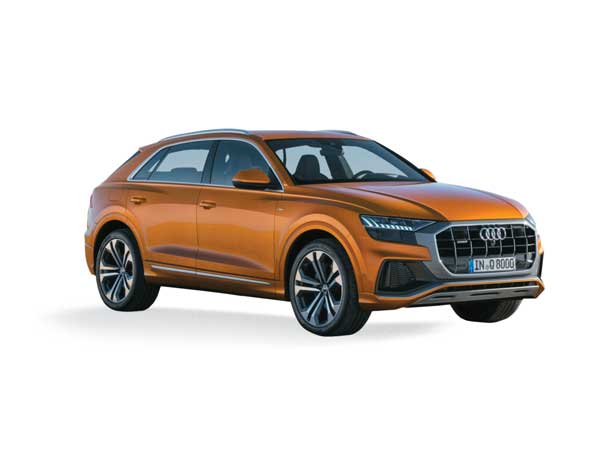 The company’s flagship unit, which combines the elegance of a 4-door luxury coupe and the versatility of an SUV, will be imported as a Completely Built Unit. The look is jaw dropping. The muscular radiator grill coupled with the spoiler and the large, highly contoured air inlets gives the car a confident charm. The aesthetically sloping roofline, the 22 inch wheel arches and large tailpipe apertures integrated at the edges, gives it a sporty look.

The Audi Q8 is likely to have a petrol engine, a 3-litre V6 beast under the hood. With a premium price tag, you can expect all luxury features like adaptive cruise assist, lane change warning, crossing assist and a 360 camera, parking assist and so on. You will also get 3-zone automatic climate control and a 12.3 inch digital instrument cluster. The Q8 will compete with BMW X6 and Mercedes GLE coupe. 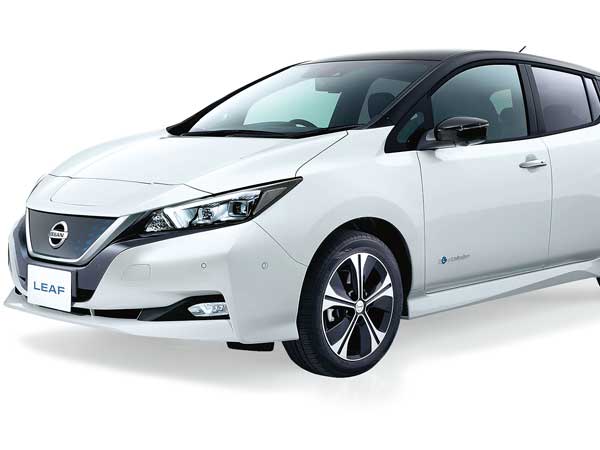 This one is a hell of a sedan, if you can afford it and comes loaded with a host of futuristic features. To begin with, it is going to provide about 250 km on one charge and that takes care of the range anxiety to a large extent, especially since there are still not enough charging points. The charging is also faster and easier with a standard 40 kWH lithium ion battery.

The car comes with a feature called a ProPilot assist, which almost gives you the feel of an autopilot and takes off your stress as you perform some of the daily driving tasks. This can actually help you keep a set distance from the car ahead of you and this will be based on the traffic flow. The car can even come to a full stop and bring you back to the speed when the traffic starts moving again. The feature also lets you be centred in your lane even when you are driving through gentle curves. The lights automatically switch to low beam when it detects a vehicle ahead and back to high beam again. 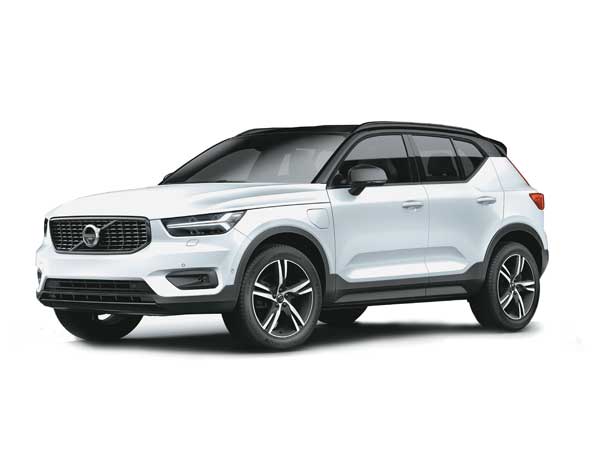 Volvo’s first offering in the entry level SUV segment, the Volvo XC40 T4 R-Design scores on several fronts. The XC40 is available in the R-Design trim with a 2 litre 4-Cylinder T4 petrol variant producing 190HP and 300Nm of peak torque. The engine is mated to the 8-speed Geartronic gearbox front wheel drive and complies with stringent BSVI emission norms.

When it comes to safety features, trust Volvo to live up to its name. The XC40  has a radar based active safety features like’ City Safety’ with ‘Steering Assist’, active at speeds up to 50 km/hour which avoids collision from other vehicles, pedestrians, cyclists and large animals. Adaptive Cruise Control lets the XC40 maintain a safe distance on highways and other features like on-coming lane mitigation, driver alerts, run-off road protection and roll stability control reassures the driver and its occupants. The safety cage and 7 airbags add to the protective safety in an unlikely event of a collision.

The car is an embodiment of modern Scandinavian styling with sporty dynamic design. A unique tail-lamp cluster and a sculpted exterior in 2-tone colour makes this SUV look edgy. The interior has black leather with aluminium trim and good mix of materials that provides a plush feel. With features like panoramic sunroof and rear and front parking assist, this has all the trappings of a luxury car.