Don’t Back These Buys

Home »  Magazine »  Don’t Back These Buys 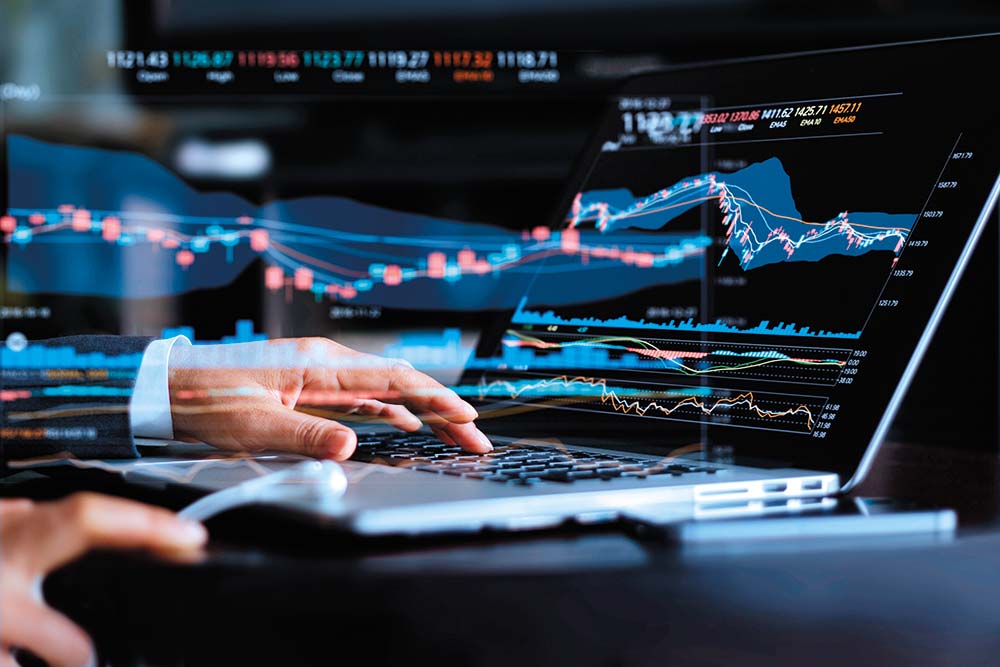 Over the past few months, buyback of shares by companies with surplus funds was back in fashion. Recently, a few firms resorted to it. At the time of writing, another six, including TCS, NTPC and NMDC, were in the various stages of the process. A single change in the last Budget made them fairly attractive, both for the companies and investors, compared to payment of high dividends. Apart from bonus issues, buybacks and dividends are ways in which firms reward their shareholders.

What Budget 2020 did was to tax dividends in the hands of the investors, rather than the earlier practice of putting the burden on companies. Suddenly, individuals in the highest tax bracket had to pay 35.88 per cent (including surcharges) as taxes on the dividends. This discouraged firms from declaring higher dividends as the shareholders felt that they received less than what they were due. It was perception change—tax was paid in both cases but by different entities.

Hence, buybacks became a preferred option because it attracted a lower tax rate, which had to be paid by the firm. In such a case, the company paid 23.3 per cent (including surcharge), which was lower in effective terms because the issue price (face value in most cases) was subtracted for tax calculation from the amount received by the investor. There was no income tax implication, including capital gains, for the shareholder, who participated in the buyback offer.

It is a win-win for the companies in another way. Apart from an investor-friendly tag—the company buys back the shares up to a certain limit at a price that is generally higher than the prevailing market price—it boosts stock-related ratios. To understand this, we need to know the laws and rules that govern buybacks in India. Any listed firm can buy back its shares, either through open market purchases or reverse rights issue. There are differences between the two.

Under the open market mechanism, the shares are purchased from the floor of the stock exchanges, up to the maximum price fixed, and promoters are not allowed to participate in it. In a reverse rights issue, the buyback is at a fixed price. The shareholders, including the promoters, can tender their shares. But more importantly, in Indian buybacks, the shares purchased by a firm are extinguished and cannot be re-issued, which results in the reduction of the company’s share capital.

A lower equity base is crucial because it automatically boosts the ‘Earnings Per Share’ (EPS) in the future. Let’s say, after a buyback, the net profit of the company remains the same during the next fiscal year. Of course, the EPS goes up because the number of overall shares has come down. A higher EPS has the potential to influence the valuation in the stock market. Higher valuation helps the management in various ways and further pleases the shareholders. 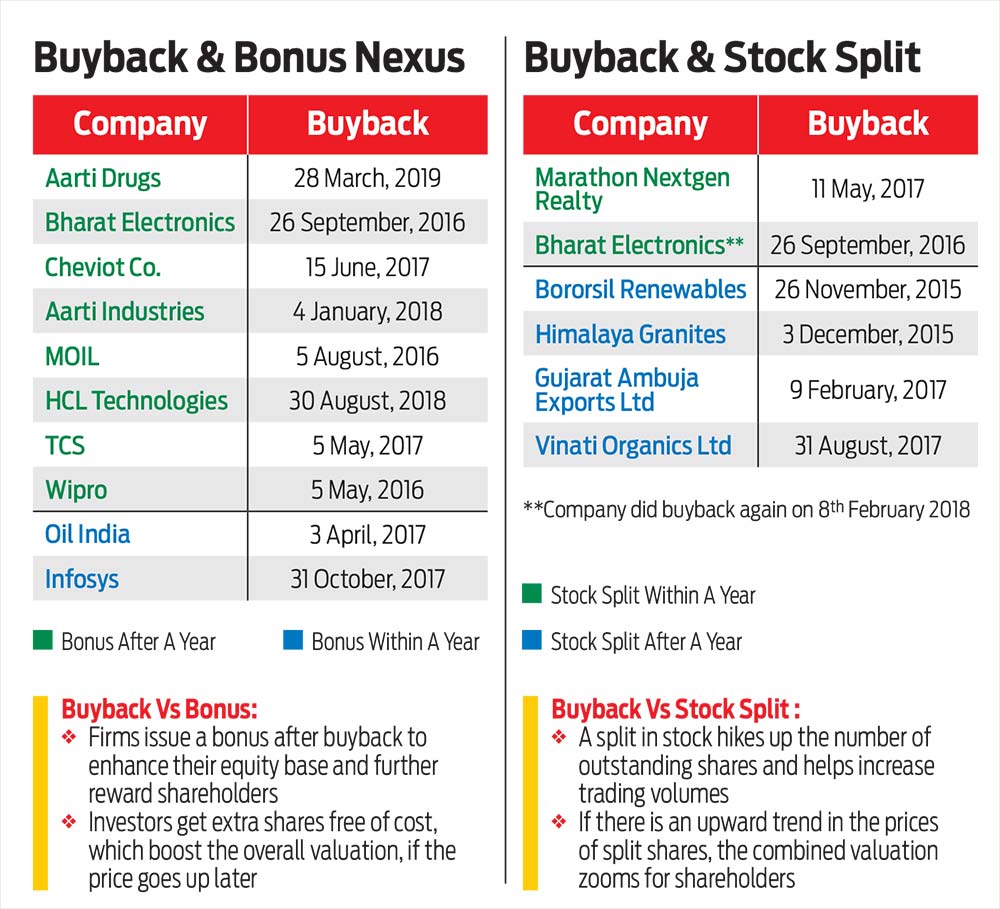 Ashok Shah, Senior Partner, NA Shah Associates, argues, “Companies prefer buyback to distribute surplus funds to shareholders because it results in a reduction in outstanding share capital and, in turn, improves EPS. Companies may think buyback will result in a higher valuation with improved EPS. It may not always be true.” He cites the recent cases of Just Dial, Balrampur Chini and FDC, where there was little correlation in the upsides in post-buyback stock prices.

However, most investors commit two mistakes when they look at the benefits of buybacks. The first is an obvious one, which escapes the attention. This is to compare the gains from the buybacks, a lump sum amount higher than the prevailing market price, to dividends, which are generally paid as a percentage on the share’s face value. The latter is measly compared to the former. Hence, the tax difference between the two should not be the only comparison.

Instead, it may be critical for individuals to understand what normally happens after a buyback. An analysis by Mumbai-based MMJC and Associates, a corporate compliance firm, reveals that some companies reduce their equity bases after buybacks and reverse the process. They raise their respective share capital either through a bonus issue or stock split (when the face value of the share is reduced in a certain ratio). In both cases, the number of issued shares goes up.

Makarand Joshi, Partner, MMJC and Associates, explains, “Investors should keep in mind that companies, which are cash-rich and professionally-managed, such as TCS, Wipro, and others tend to follow this pattern to (further) reward their shareholders.” In a few cases, the bonus or stock split comes within a year; in others, it may be announced later. But there are no doubts that whatever may be the timing of these further events, the returns to the shareholders are immense.

For example, in a bonus issue, whatever may be the ratio, the existing shareholder gets extra shares free of cost. In a jiffy, his overall valuation jumps, if stock price goes up. The case of a stock split is complex. If a share is divided into two, the market price halves. However, there are more chances of an upward movement. If this happens, the combined valuation of the split stocks can be higher than the amount the investor received during the buyback.

So, it may be better sometimes not to participate in buybacks, retain the shares, and multiply profits after either a bonus issue or stock split. Souvik Ganguly, Managing Partner, Acuity Law, advises. “The offer price (during the buyback) is important. The tax arbitrage (dividends Vs buybacks) plays an important role. But analyse the company, and closely observe its corporate governance standards. If it passes on these criteria, do not participate in the buyback offer, and stay invested.”

Joshi has a better punch line: “When in doubt, follow the promoter”.