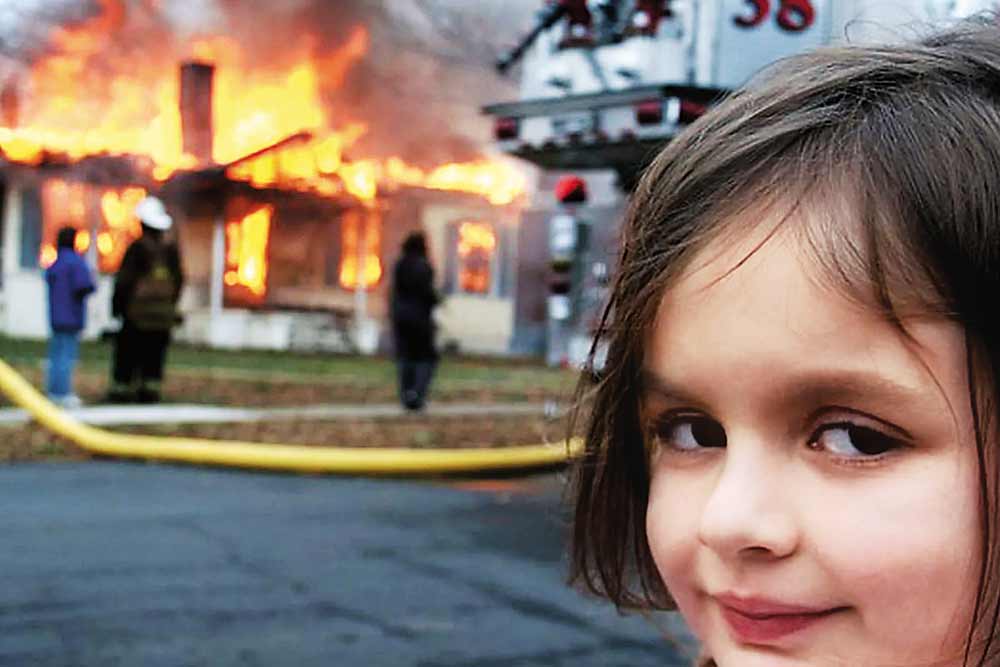 Everybody knows the extent to which the digital mode has permeated the whole canvas of art. But there are two distinct realms in which this canvas is being filled with colour, form, detail and ways of seeing. At one end is the art itself. And at the other is the market—that is, the artist as a real-world agent who sells his or her art, and the rest of us, the seeing eye, the buyer and collector and dealer…a whole circuitry that’s evolving into quite a masterpiece in itself.

First, the art. Take the palette-full of digital artists out there, making tonnes of money with tech-fuelled art tools. Then pass through the next looking glass—robots that can paint better than humans. Deep-learning AI systems can now study the inner processes of a long-gone master—say, a Da Vinci, or a Rembrandt. The visual stimuli they responded to, the way they thought about colour and detail, the precise angles at which the brush moved—in short, the whole package that gave us a master and his unique mode of revisualising the real world. Such systems can use available cues and, say, restore an unseen Rembrandt! Re-enact—or, in the case of tools that do fresh masterpieces—create a whole way of seeing.

Our long-held worldviews are beginning to change with the presence of digital assets. It was blockchain enthusiasts who first started asking the question: why is it important for money to be in the form of a tangible object? Digital representations of the physical world are crucial in this new ecosystem. The art analogy is useful here. In the physical realm, making a perfect duplicate of a work of art is nearly impossible. In the digital age, however, a thousand copies of music may be created in minutes, utilising the same data. Naturally, ownership becomes a vital question for creating value in such an environment.

This ushers in the age of Non-Fungible Tokens (NFT). To grasp how this complex artefact works, see it from the POV of the artist. Say you are that artist, and you’ve just made a piece of digital art which you now wish to sell. An NFT consists of your digital artwork and a blockchain contract confirming that you did create the thing and that it is the original. You may then sell this digital original, which will be recorded on the blockchain. If the person who bought it from you resells it, the transaction is likewise recorded on the blockchain. You can keep track of how your work is being sold on the secondary market and see the full transaction history. The possibility of capitalising from the secondary market is one of the unique features of NFT-based art that does not exist in the offline sector: once you sell your artwork there, it’s no longer available. In the crypto realm, however, you may set up a fee that you receive each time someone resells your work.

Take Beeple, Metakovan and a foundational event that took place on March 12, 2021. Beeple? That’s Mike Winkelmann, an American digital artist who Christie’s said was “a visionary at the forefront of NFTs”. And Metakovan? Meet Vignesh Sundaresan, a Singapore-based blockchain entrepreneur and angel investor with a yen or two for the idea of being a digital frontiersman. And what happened on March 12? 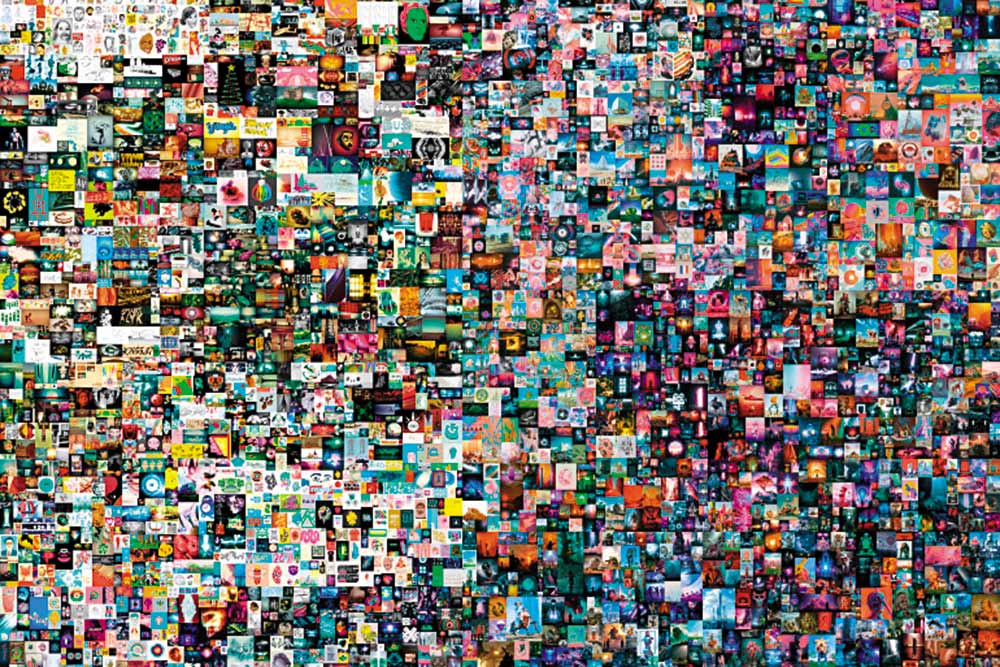 “Metakovan bought Beeple’s digital art at $69.3 million, which made the world take notice of NFTs,” say Vikram Subburaj and Arjun Vijay, co-founders of Crypto assets trading platform Giottus. The first pure NFT transaction of a piece of art, and Metakovan doesn’t regret it even if people told him he had just spent millions on what was merely “a JPEG and an hyperlink”. It was the very idea of the meltdown of the physical that he was interested in.

There’s plenty of action in this frontier digital town. Say Subburaj and Vijay: “Jack Dorsey auctioned his first-ever tweet, which is visible to everyone though one individual proudly owns it now. Memes, a digital-only form of art, are now seeing potential value in ownership and distribution. A one-of-a-kind digital version of the famous Nyan Cat meme was auctioned for 300 Ethereum (about $590,000) in February.

NFTs have even neophyte investors on the verge of a feeding frenzy. And the effect is showing. Bitcoin rose from a low of under $5,000 in March 2020 to a high of over $50,000 late last year. Yes, there’s been a blip of late—with environmental concerns and a raft of other controversies. In a series of tweets on July 14, Dogecoin co-founder Jackson Palmer distanced himself from cryptocurrency, calling it “an inherently right-wing, hyper-capitalistic technology built primarily to amplify the wealth of its proponents”, and raising deep regulatory concerns by talking of “cartels” and “a network of shady business connections” at the top, and “financially desperate and naïve” and “vulnerable” people at the bottom. And on July 19, Ethereum co-founder Anthony Di Iorio quit the crypto industry too, citing safety concerns and setting off another storm. But long-term investors believe a technological threshold has been crossed with the blockchain ecosystem, and now there’s no going back. Even as we speak, the tech world is buzzing with discussions on Ethereum’s phased, ongoing rollout of Ethereum 2.0 that may reduce energy expenditure “by 99 per cent”. Ethereum—Bitcoin’s only real rival for now—represents the world’s largest blockchain network and Eth 2.0 will at least address concerns about cryptocurrency betokening an environmental nightmare. Regulatory concerns still loom—but with NFTs representing a kind of innovation that’s bound to find more takers, their complex integration into existing oversight systems is a task that will beg for urgent attention.

Why? Because this one-of-a-kind token has become a new way to invest. With the US currency no longer providing the high returns it once did, NFTs may be one way forward. “The investment in digital art is hinting towards a change in consumer capitalism. The next digital generation is demanding a new kind of art. The price range of crypto art is currently `12,000-10,00,000. Demand and supply will dictate the new market dynamics,” says Aparajita Jain, Founder of blockchain-powered digital marketplace Terrain.art, before hinting at possible futures.

Subburaj and Vijay concur, and elaborate thus: “Given the amount of time people spend online, we can foresee a future where every poem, meme, song and painting could be converted to a potential NFT. Microtransactions enabled by cryptocurrencies will mean a small monetary value can be attributed to each. The transaction volume of NFTs exceeded $2.5 billion globally in the first half of 2021. This amount can easily be eclipsed by India alone once cryptocurrencies are regulated and made accessible. The potential of NFTs in India is huge.”

Take what’s happening in art itself. Amrit Pal Singh, a Delhi-based animator and art director, sold two pieces on Foundation for 15 Ethereum (approximately `18 lakh) in February 2021. Chennai-based Siraj Hassan has sold 27 works from his Caged series. “NFTs make it easy to own art created globally. Earlier, Indian investors rarely had access to outside markets to collect pieces of art or history. In India, the use cases for NFTs are several. The market is primed well for adoption. We need regulations that carry this forward,” say Subburaj and Vijay.

In this exciting period, it’s even more vital to keep on top of the new developments. “I think what artists would hope for are open marketplaces and more direct access to consumers and customers, as well as more people helping them navigate this difficult realm of actually becoming an art star which is not purely a commercial thing, but an intellectual thing too,” says Aparajita Jain. “The infrastructure around digital art will become better. I hope we come up with digital museums. Globally, we’ll see every collectible become an NFT in the next five years.”

But the work ahead for people in the creative business is difficult and broad in scope. Each side has objectives that must be satisfied—while legal experts argue about how to handle this new market, auction houses and art galleries can figure out the best way to serve all sides of this emerging landscape. The modes through which copyright and other laws will apply to this novel technology is yet a bit hazy—the fine print is itself evolving. So neophytes taking a plunge into the world of NFT transactions must keep themselves updated. The only consensus is that this is the future—or as Arushi Singh, founder of ARTSop Art Consultancy and co-founder of Arushi Arts Galleries, says: “It is imperative that we carry it forward.”

“The possibilities with NFTs are multi-fold. Other than proudly claiming ownership, investors can also build virtual art galleries to showcase. For example, the owner of an NFT that has an ultra-high-resolution clip of MS Dhoni hitting a six can put this up in a digitally created palace where passers-by can view that video for a fee using their VR headset. The tech for that has already started seeing light now,” say Subburaj and Vijay.

“Key influencers in the world have taken notice of the NFT trend. Early adopters include sports franchises such as the NBA and pop singers like Katy Perry. Big IP owners are already planning an entry to create and gain a share of this big ecosystem. Innovation will drive adoption— in the next few years, the ecosystem may look completely different from what it is today, but it will be a substantial one. The beauty of NFTs and blockchain is that they support both types of artists, popular and anonymous. The market is in its infancy. Established artists may command a high premium at the beginning while new creators find it difficult to sell. But once a vibrant market ecosystem thrives and matures, even anonymous creators will start getting fair value for the art, not just popular ones.”

Fair value for everyone. Isn’t that thought itself a thing of beauty?

The author is a Financial Journalist

The Lustre Of The Old

Casting Away The Likening Conundrum