Demonetisation: Assessment Of Its Impact 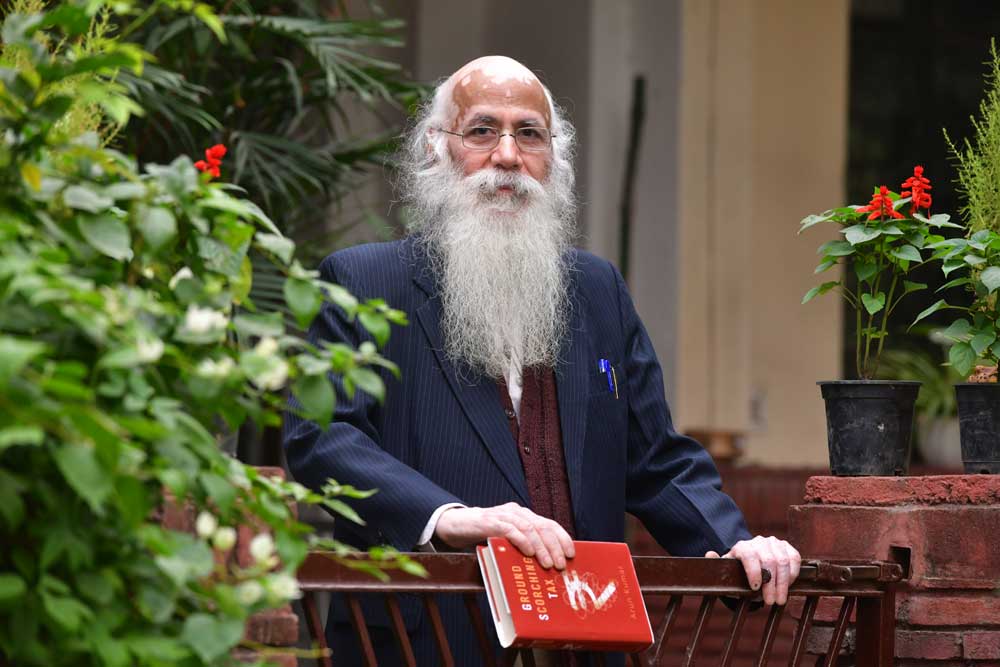 Three years after demonetisation was launched by Prime Minister Narendra Modi, on November 8, 2016, people still remember it as the beginning of a very difficult period. Many have come to accept what I have been saying that the economic downturn in India began then and now the official rate of growth has come down to below five per cent. Many small and micro businesses shut down and people lost jobs. Food prices fell sharply, impacting farmers’ incomes. Bankers had no respite for months, making normal banking difficult.

Black economy, no doubt, impacts the economy adversely through policy failure. Poor living conditions of the vast majority of Indians have a lot to do with poor governance due to corruption and policy failure. Law and order suffers because the police is busy collecting hafta and allows illegality to flourish so that more hafta can be collected. There’s widespead use of spurious medicines and adulteration of food. People’s health suffers and when they go for medical services they are often cheated by rampant malpractices. Housing quality is poor due to violation of standards and prices are high due to the black that needs to be paid. Vast population in urban areas live in slums.

Note shortage ended in about a year and now the currency in circulation is about 22 per cent more than at the time of demonetisation. But the impact of a) decline in investment, which fell to half during demonetisation, b) fall in employment and c) drop in production, led to a recession in the economy not just a slowdown. The official data does not recognise this, since it does not take into account the decline in the unorganised sector. The situation deteriorated further due to the implementation of a structurally-flawed GST in July 2017 and the NBFC crisis in 2018  slowed down credit availability. It hurt the unorganised sectors.

India became a test case of what happens to a large economy, which suddenly experiences a shortage of cash. In other countries where demonetisation has been implemented, it has been done with full preparation - new notes and coins are printed and minted in advance, like in the case of introduction of Euro. In Germany, old notes could be exchanged for up to five years later. So, there was no shortage of currency and it caused no disturbance. In other cases of demonetisation, it has been done when the economy is in a free fall like, the German economy after the Second World War or in Russia after the collapse of Soviet Union.

What is the role of cash and why does its shortage lead to an economic decline? Cash is used to circulate incomes and if it is short, economic activity slows down and incomes fall. That is what happened in India. In October 2016, 86 per cent of the currency in circulation was of the denominations of Rs1,000 and Rs500 and as they were taken out of circulation, a massive shortage of currency followed. Our earlier demonetisation in 1946 and 1978 did not cause any such problem because the high denomination notes were less than one per cent of the currency in circulation and did not cause any shortage of cash. Most people in 1978 had never seen a high denomination currency note (Rs1,000, Rs5,000 and Rs10,000).

Cash is used to make payments for activities and for exchange of goods and services. It is like blood in the body, which provides nutrient to all parts of the body. If its circulation slows the body begins to collapse. The organised sector can use electronic money but the unorganised sector in India consists largely of tiny units, which operate in cash. It is this segment which constitutes 94 per cent of the workforce and produces 45 per cent of the output that was hit badly.

Traders did not have money so farmers could not sell their produce and mandis were empty. Small and cottage sector units closed down and workers went back to their villages so the demand for work under MGNREGS shot up and government had to allocate an extra Rs9,000 crore from the budget. Even so, the RBI report said that workers got only 45 days of work and not 100 days that they are entitled to.

These units have still not recovered due to shortage of working capital, which they have used up for consumption since they did not have incomes. That is why demand is still short and the economy remains in recession. 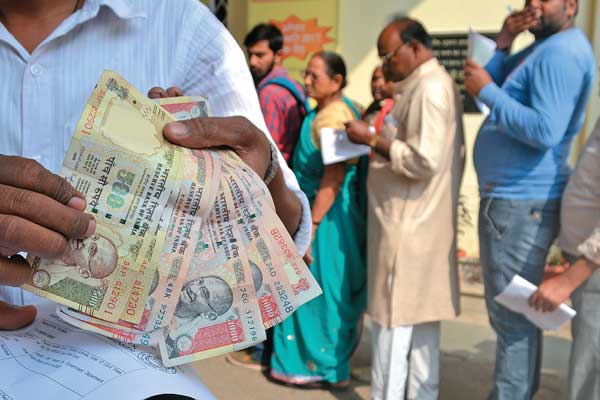 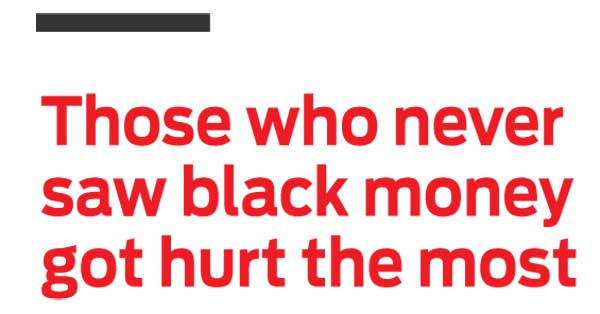 Demonetisation was premised on the mistaken belief that ‘black means cash.’ The government and the majority of the population believed that lakhs of people hold sacks full of cash. But if the cash in circulation in October 2016 (Rs18 lakh crore) is divided among 130 crore people, the average holding comes to Rs14,000. Even if one assumes that only three per cent of the individuals earn substantial black incomes, the average would be Rs4.5 lakh, not crore, as generally believed.

Further, businesses and farmers hold cash as working capital and this is legitimate holding of cash, not black. About Rs10lakh crore is the need for working capital of crores of businesses. Further families need to hold money as precaution and for everyday needs. This would account for another Rs3-4 lakh crore. So, what could be called black cash could not be more than Rs3lakh crore.

Thus, the average holding of black cash per individual earning substantial amount of black would be only Rs75,000. So, black is in circulation for business and constitutes less than one per cent of the black wealth held. Holding cash does not give a return so it is better to use it to expand business.

The government had hoped that Rs3- lakh crore of cash would not come back to the banks to it would get a windfall gain but the RBI reported that 99.2 per cent of cash had come back to it. Only about Rs10,000 crore did not come back, which was lying abroad in Nepal.

The government hoped that tax collection would increase as the economy gets formalised and as it investigates those who deposited large sums of money. More people are filing their tax returns but the number declaring significant incomes has not risen so that  the ratio of tax to GDP has  hardly changed.

If the black economy had been checked this ratio should have risen sharply. GST collection were expected to rise sharply but that has not happened. Worse, the attempt to formalise the unorganised sector has further damaged it since it cannot be formalised. Finally, most incomes in the unorganised sector are below the taxable limit. So, how can formalisation help?

Proponents argued that economic recovery from the negative impact of demonetisation would be sharp. Instead, the economy has gone into a recession with lakhs of crores of income lost in the last three years. This has impacted the unorganised sector the most and that means the poor. Those who never saw black money got hurt, while the black income generators escaped.

Demonetisation, premised on the notion that black means cash, was not the silver bullet that could tackle the black economy.

Thw writer is the author of `Demonetization and the Black Economy in India’. N Delhi