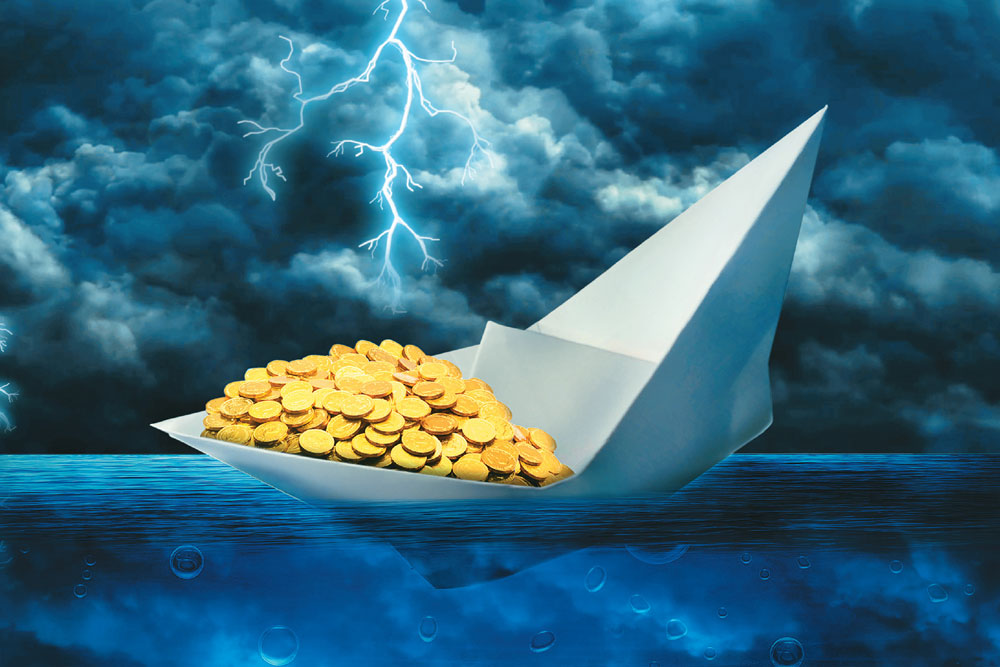 Since time immemorial, gold has been an asset every household prefers to invest in. This yellow metal is treated as a priced asset across India that is not just considered a status symbol but has great religious significance. Indian weddings and festivals are incomplete without gold. It is perceived as a source of traditional long-term returns.

However, with global climate change leading to unseasonal rains, floods and droughts, agriculture output is getting affected badly and this in turn has its sharp impact on gold buying, especially in rural India, which is the main agrarian belt of the nation.

According to World Gold Council (WGC), gold demand in India declined by 32 per cent to 123.9 tonnes in the third quarter (Q3)between July-September, 2019. Among various other reasons, monsoon played an important role in bringing down the demand.

The WGC’s 2019 gold demand estimate for India is 700-750 tonnes. The spiraling price of the yellow metal, too, has acted as a dampener.

Sachin Kothari, Director, Augmont, explains there are two factors that has led to a slump in rural demand. He says, “Price surge is a cause of concern. There is a wait and watch situation prevailing in rural India, where people are waiting for the price to downgrade so that they can buy gold. Coupled with this, extreme unseasonal rains and floods have damaged output from these regions thus affecting the spending pattern of consumption. People are being cautious before indulging in investments.” 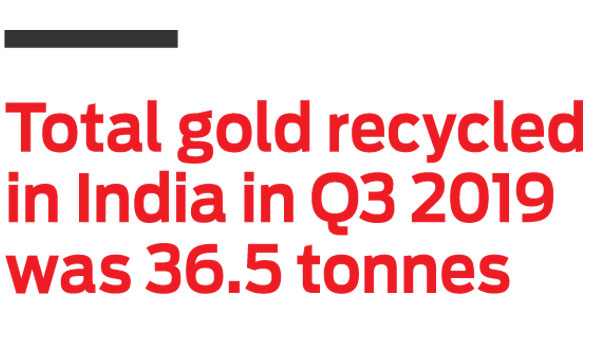 Indians are of the habit of buying gold in the form of jewellery even as gold bars and coins and bonds are fast becoming a favoured choice of investment. In rural India, money saved is often spent in buying jewellery or coins and saved as a long-term asset.

Hence, for most jewellers, rural India is an important market. Many big players have been expanding in Tier II cities to cater to the rural and semi-rural belt. Anand Ramanathan, Partner, Deloitte India points out, “For jewellers rural Indian market is critical. Big companies are trying to make their brands more regional. However, the demand from rural India has been badly impacted by climate change with heavy monsoons and unseasonal rains. Unsustainable agricultural practice, too, has been affected by bringing down the productivity with lesser returns.” Tarun Birani, Founder and CEO, TBNG Capital Advisors claims two-thirds of India’s gold demand comes from the rural areas, where jewellery is a store of wealth.

Along with higher prices, gold demand is getting affected due to weak rural sentiment. Excess monsoon has damaged most crops, leading to a huge fall in earnings in the rural areas.

India received its heaviest monsoon in 25 years during the June-September season, with rains continuing even till October, damaging summer-sown crops like cotton, soybeans and pulses which would have been otherwise ready for harvesting.

Birani further explains, “A spike in domestic gold prices and a hike in the import duty slashed demand during the July-September period. In the first week of July, India raised the import duty on gold to 12.5 per cent from 10 per cent.”

Apart from unseasonal monsoon, there are multiple factors leading to the slump in gold demand like high price of gold, negative sentiments from a  slowing economy, falling income and growing number of alternatives to gold jewellery due to changing millennial choice. Usually the trend sees a high demand for gold during the festive and wedding season, which is down this year.

Corroborating this fact, Kothari says, “Usually, the demand spikes up during the yield season. However, this year the demand graph is affected tremendously due to extreme rains. This year the demand is 15-25 per cent less compared to any other year.” However, he argues that global climate change cannot be solely blamed on the slump in demand, as the rise in the price of gold is an important factor too. 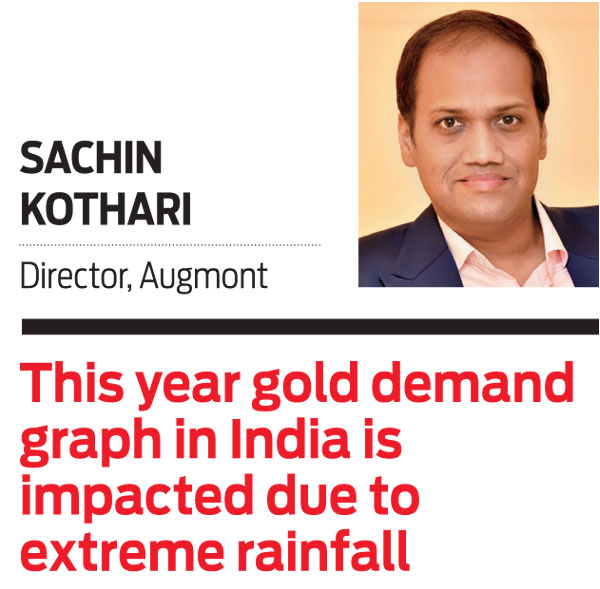 People are adopting a wait-and-watch strategy and are expecting a price correction in days to come. In places where the rainfall has been fine, the price factor is the prime reason for the slump. Again the reason for the downgrade in demands differ from one region to another and this too is to blame.

On the other hand, to mitigate the challenges thrown by global climate change on the industry, the WGC has taken up various studies to analyse the situation. In a recent report, it said the new analysis offers a comprehensive overview of the current status of gold’s climate impact and how the sector might adapt in the face of climate change in order to see a transition to a net zero carbon future. Regarding gold as an investment and climate-related risk, WGC in its report states, market impacts include effects on climate sensitive sectors such as agriculture, forestry, fisheries and tourism; damage to coastal areas from sea-level rise; changes in energy expenditures (for heating or cooling); and changes in water resources.

The regions that are likely to experience the most negative effects include Africa, South and Southeast Asia (especially India), Latin America and OECD Europe (if catastrophic risk is included). China, North America, OECD Asia and transition economies (especially Russia) should suffer smaller impacts and may even benefit, depending on the actual extent of warming, the report further adds.

The current gold demand in India is low if compared to last year and as per last quarter numbers of July-September 2019, gold demand declined by 32 per cent to 123 tones and on top of that most of jewellery demand during the quarter was met by sale of old jewellery. “Also as a trend, buying gold through sovereign gold bond fund by government is also picking up, which is tapping the investment demand of gold,” Birani says. 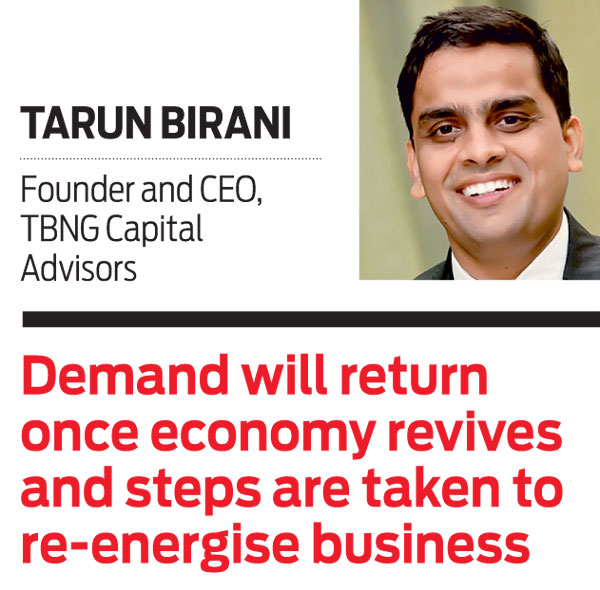 Compared to previous years not a lot of new jewellery shops have been opened in the rural regions. “Big jewellers have actually kept their expansion plans on hold. Along with this quite a few existing jewellery shops have shut down owing to the slump in demand in these regions,” Kothari analyses. He says, traditional gold jewellery and bars are the most preferred gold products in the rural region. Studded products or big sets are usually not favoured. Products that are traditional and have less making charges are usually preferred. 75 per cent of their savings are measured in gold. Also, most people purchase gold on auspicious days like Akshay Tritya and Dhanteras. 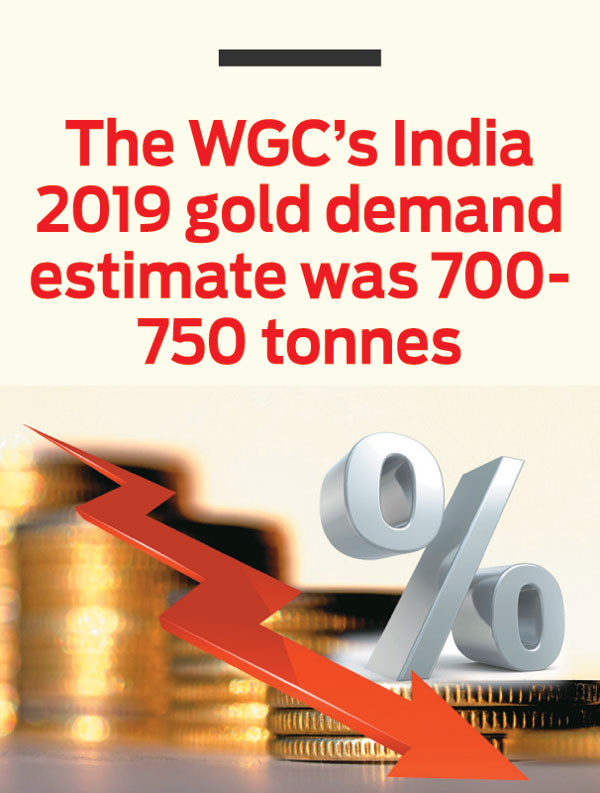 The WGC report showed total investment demand for Q3 2019 at 22.3 tonne was down by 35 per cent in comparison to Q3 2018 (34.4 tonnes). Total gold recycled in India in Q3 2019 was 36.5 tonnes, up by 59 per cent compared to 23 tonnes in Q3 2018. This data clearly indicates that people are not doing fresh purchases, but banking  on recycling. Birani, however cautions, climate change as a factor will continue to feature in the coming years unless actions are taken by the government to protect our environment and help building adaptability towards a changed climate. “The current slowdown in gold demand looks like a mix up of many factors contributing to an overall slump. Once the economy revives and steps to re-energise business are taken, the demand will be back,” he adds.

Talking about remedy, Kothari says bullion players along with the help of government authorities should collectively put efforts to ease the plight of the rural regions.India’s love for gold is no secret. In fact the gems and jewellery sector in India is one of the largest in the world. For an average Indian, gold is one of the most auspicious colours, beyond just an exquisite metal.

While gold glitters in the heart of every Indian, for rural India the market seems to remain subdued unless there is a golden harvest.

WHAT THE NUMBERS HOLD FOR YOU IN