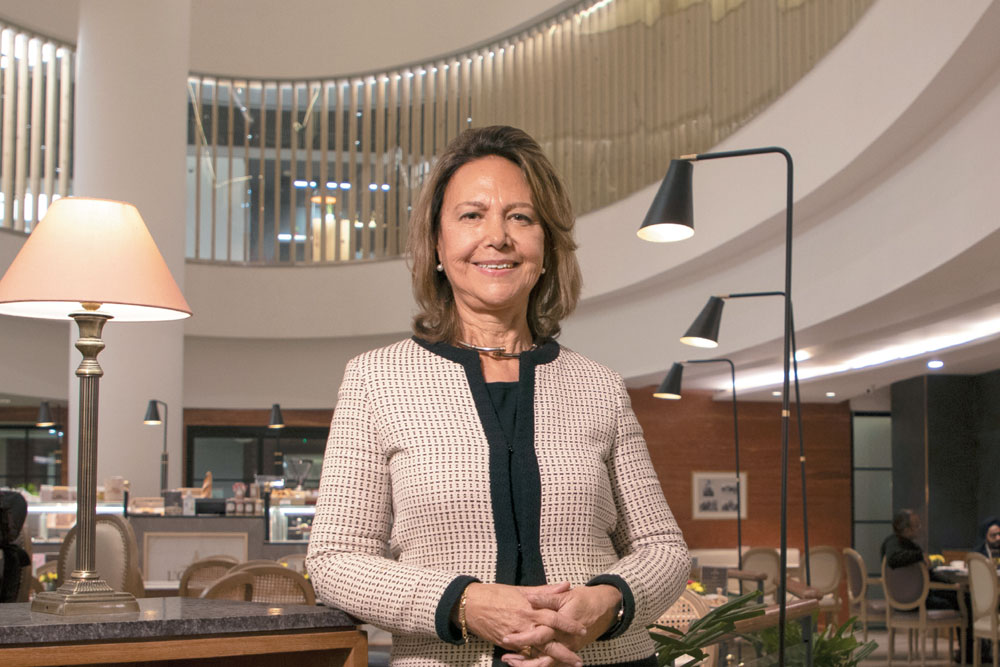 However, despite having female protagonists, the movie fails to reflect on the untrodden paths that professionally determined women are willing to walk in order to fulfill their dreams.

A documentary named A Fine Line directed by Joanna James, however, probes into this vital question. James provides a glimpse of restaurants wherein women play decisive roles. The movie tries to find an answer as to why the representation of women chefs and restaurant owners in the United States is so thin.

Though James’ documentary is set in the western world, India’s situation is no different.

Indian society, for ages, has conventionally and conveniently relegated women to the sphere of the kitchen. Ironically, the modern Indian society does not witness a healthy representation of this gender in the industries based on gastronomy.

One can identify a moderate number of women working in restaurants and hotels in various capacities, but that does not necessarily mean that they have a healthy representation compared to the men in this business. It is still not easy to find out women who own restaurants. The ownership and the authority—to be precise, the positions that hold power, are still enjoyed by the menfolk.

There is no doubt that the ratio of women in the sphere of entrepreneurship as compared to men is shocking. The fact that entrepreneurship has always been difficult terrain for women is quite evident in the Sixth Economic Census which was conducted between January 2013 and April 2014. Out of 5.85 crore business enterprises recorded by that census, women-owned only about 1 crore, which is only 13.76 per cent of women among the total number of entrepreneurs in India. The low rate of women entrepreneurship is reflected in a dismal score in the Index of Women Entrepreneurs, as well, where India is ranked 52nd out of a total number of 57 countries that were surveyed. 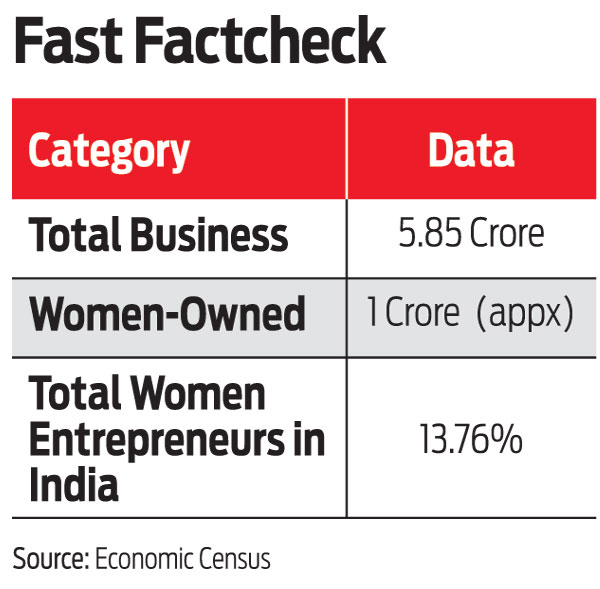 However, apart from the discrimination reflected in this broader area, the organised food and hospitality industry is one sector that currently witnesses a fair representation of women, albeit this sector too, was a male bastion so far.

The Indian foodservice industry in its totality is estimated to be Rs 5.99 lakh crore during 2022—23, according to a National Restaurant Association of India (NRAI) report. Men always had a monopoly over this industry and the hospitality sector, as well, for a very long time. Women are now accepting challenges and asserting their authority in these industries. Christine Samandari, Dildeep Kalra and Saba Dhanani are some of the pioneering figures in this arena that have so long been dominated by the male.

Samandari is one of the founders and custodians of L’Opera—a famous French bakery. The long journey that led her to be a powerful female entrepreneur began in the 1970s while she was completing her doctoral research about the socio-economical life of a village in Iran.

Human potential does not remain in its optimum form throughout one’s lifetime. One’s ability to perform varies with age. However, Samandari seems to overrule this vital truth as she still supervises in person, one of the outlets in Delhi and deftly manages the plush set up of her bakery and the sale of the sumptuous French delicacies. Samandari says that she has nothing to ask for if she wants to spend an easy life. She literally has everything, still she wants to be on her toes and this zeal for working convinced her for L’opera.

Speaking about her new life as an entrepreneur she says, “This is the brainchild of our son Laurent who came to India for an internship. My daughter, her husband and their son were also living in India for eleven years. One day the owner of their home said that the apartment on the ground floor was vacant, and they should let him know if anyone was interested to get in. They had only two hours to decide, as there was another family already waiting for the same floor. We all got on a conference call, and, since we wanted to be with the children, we decided to fly down. Soon, L’Opéra became a project for the entire family.”

In many ways, L’Opéra binds the family in a common thread. With 18 outlets in the city, the Samandaris recently launched their first-ever café and restaurant at Civil Lines. At present, she is keen to make the taste of these delicacies popular in other cities of India, as well.

Unlike Samandari, who took the plunge a little late in life, Saba Dhanani started off  at the age of 22. Dhanani is a young entrepreneur who is leading the chain of ten, Sayaji hotels, 28 restaurants and a network of more than 8000 employees. Dhanani is armed with a degree in Management from Mumbai. Hailing from a business family, she says that she was ambitious enough for entrepreneurship from her childhood and always wanted to follow the footsteps of her father. 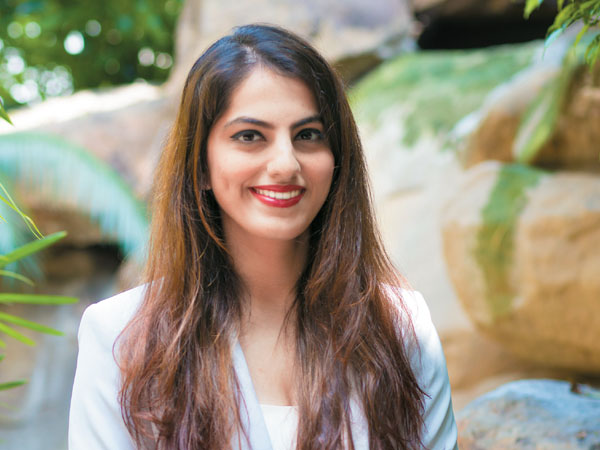 The journey of taking Sayaji to the next level has not been easy. Married at the young age of 22, immediately after completing her graduation, Dhanani learned the nitty-gritty of running an industry. “My decision to finally take the plunge came at a difficult time when my first baby was only eight months old. Every day was a new battle between my personal and professional life. I would never want to leave my little son at home while I was away. At the same time, I would always want to put my best in the work front.”

This being said, she was well aware that she might have to face gender discriminations as the hospitality industry was largely dominated by the male. However, her upbringing and her father’s training helped her stand against all odds and win over them.

Dildeep Kalra’s story to reach the zenith of Massive Restaurants is also quite fascinating. Hailing from Chandigarh city she says, “Only after I married Zorawar, I was exposed to the food culture and food industry and I found the in-depth discussion around food quite fascinating.” 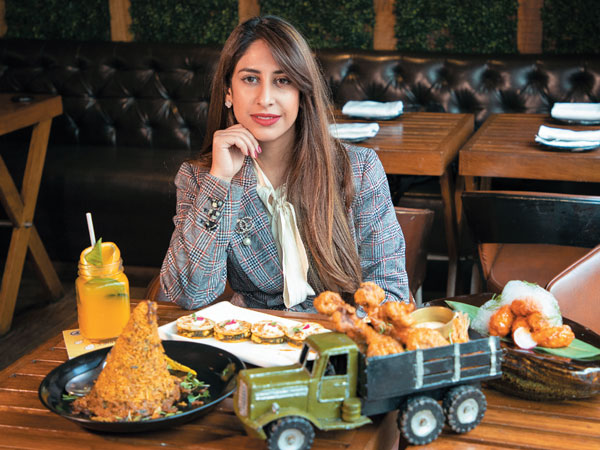 Currently, she is in charge of the overseas operations that constitute markets in the Middle East. In 2006, Zorawar and Dildeep Kalra enjoyed the food at El Bulli, Spain, on their honeymoon. This place was famously known as the world’s best restaurant at that time. Kalra remembers that the restaurant served fascinating sea cucumber and recalls their favourite food to be the most experimental kind.

In the last 14 years of togetherness, they have evolved as a couple, making waves in the hospitality industry. Together, they conceptualised Massive Restaurants in 2013, which owns restaurants such as Farzi Café and Masala Library. Hailing from Chandigarh, Kalra shares that she excelled in this domain not because of being Zorawar’s wife, but because, she herself spent enough time in learning the fundamentals of the hospitality industry.”

Talking about the journey that was never a bed of roses, she shares, “When I started in 2006, chefs were not educated, they never approved my visit into the kitchen, but, they could not say anything. I could feel gender discrimination to a certain extent while I traveled overseas as the Middle East is predominantly male-centric. Even when meeting people especially from the West Asia, in the capacity of an Indian delegate, I could feel their hesitation and disapproval, only because I was a woman. Even at the launch of one of the outlets, one could see only three women present there.”

Throwing light on her personal life she says, “I have many other responsibilities; I look after my children, my father-in-law recently passed away, and I have to look after my mother-in-law who is suffering from Parkinson’s disease.”

One thing common in all three is perseverance to make inroads into male-dominated territories.  The undaunted spirit of Samandari, Dhanani and Kalra make them an inspiration to the numerous aspiring young women who intend to create a niche for themselves.

Shore Amid The Ocean Of Fetters