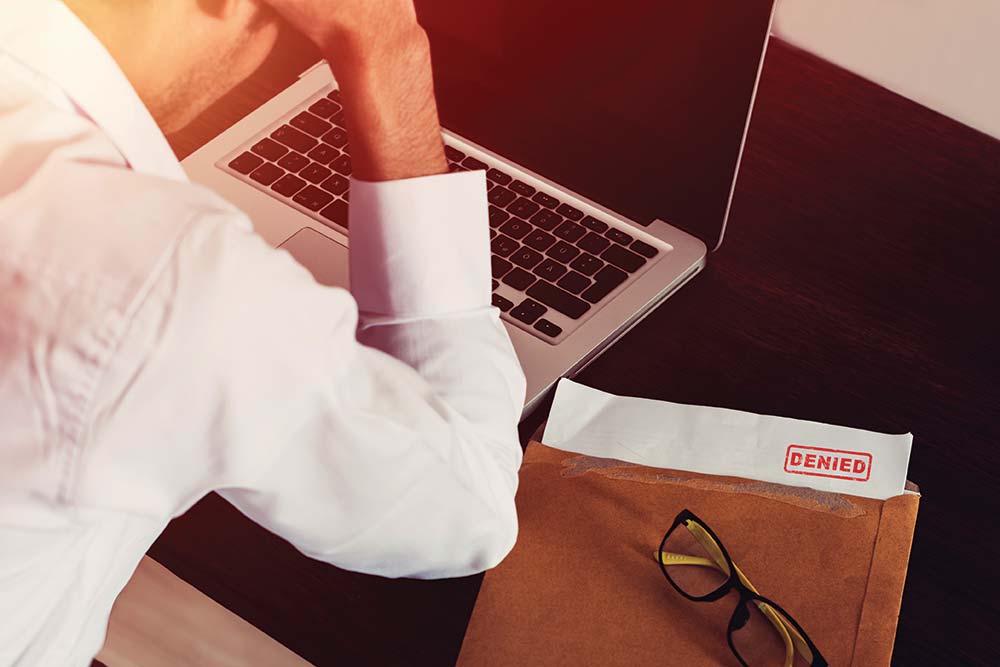 When Noida resident Rakesh Jaiswal had to be admitted to a private hospital for a sudden heart issue, he was under the impression that his cashless medical insurance policy would take care of the finances. But, it didn’t work the way he thought. The third-party administrator denied the cashless facility to him and he had to cough up the entire bill himself.

Once out of the hospital, Jaiswal contested the rejection of his claim with the insurer only to be informed that he was not eligible for the facility. Undeterred, he moved the mandated government forum for grievance redressal, and was awarded a compensation fee later.

A large number of insurance claims – life, health or motor – get rejected by insurance companies every year. While in some cases, there are negligence on the part of the insurers, most cases are dropped because of false information, incorrect medical history disclosure, or non-payment of premiums.

If you ever experience a situation where your claim is denied by an insurance company, it’s within your right to appeal against the rejection. Apart from asking the insurer to review the claim rejection, policyholders or nominees could also approach government authorities for grievance redressal.

“Insurers would normally settle all claims other than cases of material non-disclosure by customers. Rejecting or repudiating such claims is a fair practice keeping in mind the interests of all other policyholders. Usually there are elaborate procedures within the insurance company before rejecting or repudiating claims, including investigation and legal checks,” says G Murlidhar, Managing Director at Kotak Mahindra Life Insurance.

Before getting into the process of appealing against claim rejection, it is important to know the common reasons leading to claim rejections and how to avoid them.

Concealing pre-exiting disease information: It’s important to disclose details regarding pre-exiting diseases (PED) and also present medical conditions, surgeries and other. In case of health insurance, certain PEDs are not covered and, hence, coverage could be denied at the time of need if hospitalisation is required for those PEDs. All health details like cardiovascular diseases, blood pressure, cancer or any other hereditary conditions of people covered under a policy should be shared to avoid rejection.

Non-renewal or non-payment of premium: A health insurance or a motor insurance is generally valid only for a year and has to be renewed after that. Life insurance policies are for a longer period but the premium has to be paid regularly unless it’s a policy with one-time premium payment option. In case the premium is not paid for a policy by the end of the grace period or a policy is not renewed in time, you could be denies services by the insurer.

Waiting period: Health insurance policies have a waiting period clause for a certain PEDs or maternity. In this period, claims arising because of the specified PEDs and maternity are not entertained.

False claim: Insurers undertake thorough checks and investigations before settling a claim. If, at the time of scrutiny, it is found that the claim, whether for health or motor, has been inflated, included false claim or included compensation for services that may not have been taken, then the claim is rejected.

Exclusions: Health insurance policies generally have a list of exclusions that will not be covered by the policy. Any claim raised for such an exclusion will not be addressed by the insurer.

How to avoid rejection of claims?

Rejection of claims out of negligence of the insurer is out of bounds for the subscriber but there are a lot of things that the consumer may do to avoid rejection precipitated out of faults at the claimant’s end.

“Being a contract based on utmost good faith, it is imperative from the customer’s perspective to ensure complete, accurate and latest disclosure of non-medical (including financial details) and medical information while applying for an insurance policy to avoid claim rejection,” says Sachin Dutta, Chief Operating Officer at Canara HSBC Oriental Bank of Commerce Life Insurance.

Some key issues that a customer should bear in mind while applying for a claim:

What to do when a claim is rejected?

Once the claim is rejected, the insured as the first step, should reach the service quality team of the insurance company for escalation. “It’s important to understand the reason for rejection as insurers go through multiple reviews before rejecting a claim. If the reason is not understood best is to reach out to customer service and seek help to understand the reason,” says Sanjay Datta, Chief of Underwriting for Claims and Reinsurance at ICICI Lombard General Insurance.

The reason behind rejection of a claim could be error in the claim form or application form for the policy. A rejection can be the result of inaccurate or incomplete information. It’s also possible that the claim has been rejected because of error in the name or the policy number. A customer can take the help of the TPA to fill up an accurate claim form. In case no error has been made from the policyholder’s side, then you should approach the Grievance Redressal Cell of the insurance company for reconsideration of the decision with appropriate reason and necessary documentation.

“If you are not satisfied, then you can approach the insurance company through a written complaint and request them to review their decision to deny the claim. Finally, if you still feel that the claim has been denied unjustifiably, you can approach the insurance ombudsman with a written complaint,” says Rakesh Jain, ED and CEO at Reliance General Insurance.

This can be done through various routes. Insurers usually provide this information on their websites. The methods to raise an issue with the Grievance Redressal Cell include writing an email or making a call to the customer care. The customers can also send us a written complaint or approach insurer’s branches or branches of its distributor banks to get personal assistance for their queries and concerns.

The Insurance Regulatory and Development Authority (IRDAI) has set a time limit of 15 days for insurers to resolve the issue. However, if the insurer fails to address the issue in the stipulated time or if the customer is not happy with the resolution, then one can approach the grievance redressal cell of the consumer affairs department of the sector regulator. A complaint can also be filled through IRDAI’s integrated grievance management system (IGMS). If the insurer refuses to settle the claim even after the regulator’s intervention, then a customer can approach the insurance ombudsman. The ombudsman will act as a mediator and arrive at a fair recommendation based on the facts of the dispute. If the policyholder accepts this as a full and final settlement, the ombudsman will inform the insurance company which should comply with the terms in 15 days. If a settlement by recommendation does not work, the ombudsman will pass an award within three months of receiving all the requirements from the complainant and which will be binding on the insurance company. Once the award is passed, the insurer shall comply with the award within 30 days of the receipt of the award and intimate the compliance of the same to the Ombudsman. It’s important to note that an Ombudsman will only mediate in cases where the value of the claim, including expenses, is not above Rs 30 lakh.

Cover A First, Be It A Second-Hand Car