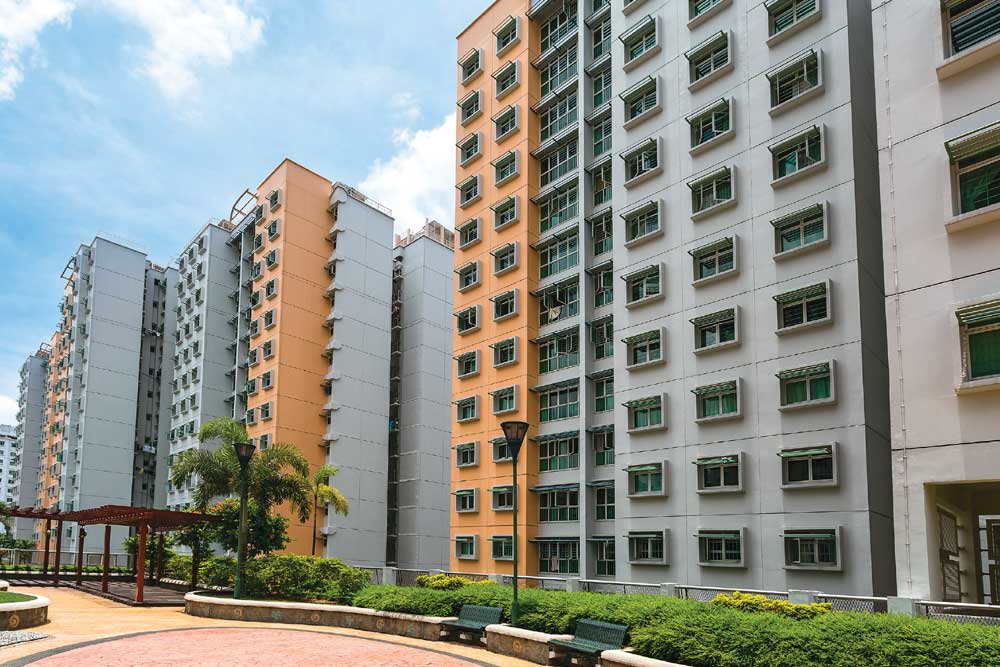 Starting with the Budget (July 5) for the current fiscal, last few months have seen a series of announcements by Finance Minister Nirmala Sitharaman aimed at reviving the ailing real estate sector. From tax benefits for affordable housing announced during the Budget to a special Rs20,000 Crore package in September for last mile funding of stuck housing projects, followed by the corporate tax rate cut—the government seems to be making all the right stops. The government has also announced relaxation of External Commercial Borrowing (ECB) guidelines for affordable housing to facilitate financing of homebuyers who are eligible under the Pradhan Mantri Awas Yojana.

Meanwhile, the Reserve Bank of India (RBI) has complemented the government’s efforts by a series of lending rate cuts, which are expected to provide relief to homebuyers like lower home loan interest rates. The RBI has also been making efforts to ensure the benefit of rate cuts is passed on to consumers. In September, it issued a circular mandating that banks link all new floating rate loans to an external benchmark like repo rate, three-month or six-month treasury bill yield, or any other benchmark published by the Financial Benchmarks India.

Sharing his views on the current status of the real estate sector, Ravindra Sudhalkar, CEO, Reliance Home Finance, feels liquidity has been plaguing the sector, which led to stalling of projects and inventory build-up due to drop in housing demand. According to him, the Rs20,000 Crore special window was likely to restart construction activity and interest rate relief on house building advances and relaxation  of ECB norms would help sentiments and encourage demand in the housing sector.

NAREDCO National President Niranjan Hiranandani argues the challenges that real estate sector is facing, had been caused by a combination of factors that impact the sector directly, coupled with factors that slow down economic growth and affect buyer sentiment.

“It is a multiple layered puzzle, and I do not think any set of measures aimed at real estate will create the required positive impact. It will have to be a combination of measures to enhance liquidity and availability of finance - a scenario where India Inc. is willing to invest and work towards higher production. A situation, where the buyer has the liquidity in the form of ‘disposable surplus’ and the sentiment to support the decision to ‘buy’,” Hiranandani says.

For him the fiscal stimulus package is a welcome first step that applied to projects that are minimum 60 per cent complete and are from ‘affordable’ and middle income group (MIG) segments, yet are not under NPA or NCLT proceedings. “Obviously, this categorisation means that there will be some projects, which will not be covered by the scheme. And these will continue to wait for a similar scheme or stimulus that would help them get the required last mile funding to complete the remaining stalled projects,” Hiranandani further explains.

However, many are not optimistic on the government’s measures to revive the realty sector. Satish Magar, President, CREDAI National, says that it is not enough to give relief to the sector as a whole, since it does not include projects that are under NPAs and NCLT.

“There is a possibility that not all homebuyers will get the said relief. While these changes are welcome, they do not sufficiently address the issues in terms of continued slow sales and low demand. Challenge is the perception of the people, which is there and the overall perception needs to change. People need to have the security of a job, which is still lacking. Once these challenges are overcome, then something can come out,” he argues, adding that apart from shrinking capital for investment, the sector is also unable to source skilled workforce to meet its requirements. He strongly feels that there is a need for policy intervention for effecting structural changes in skill development programs, which in turn, require a paradigm shift in imparting education. “Without adequate skilled workforce, reducing tax rates will not be enough to help the sector,” Magar points out. 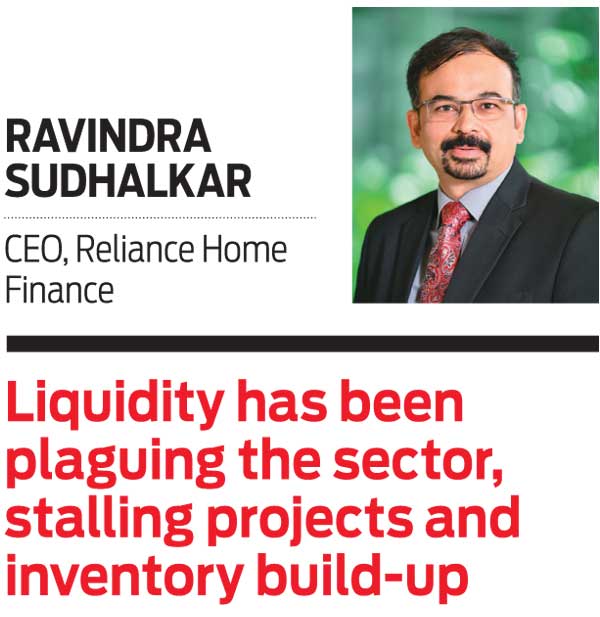 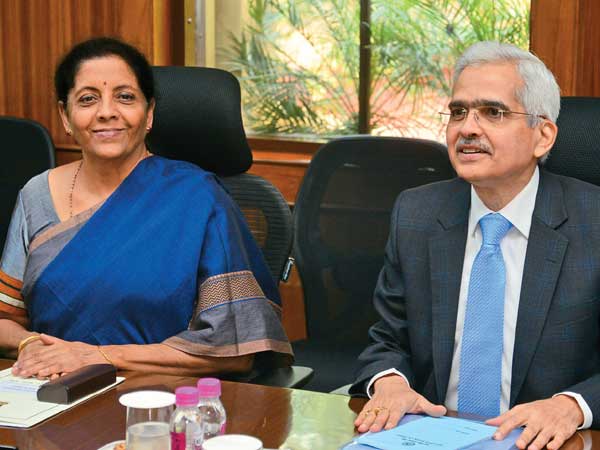 On the other hand, Sahil Vora, MD, SILA, feels that another important measure that would help the real estate sector is exempting notional rental income from second house property that is not leased, which he said would encourage investors to invest in two properties and aid growth for the sector.

During Budget 2019, income tax on notional rent from the second self-occupied house was abolished with the idea of  benefiting owners of two houses. However, the rule applies to those who do not have  outstanding loan burden on the second house.

Vora further explains, “Other initiatives, such as changes proposed under the new Model Tenancy Law, is promising as it will encourage developers to build more rental spaces, as a profitable and investable asset class. The government has also announced reduction in the GST rates and revised definition of affordable housing, which will bolster buyers’ sentiment. Increasing level of vigilance under RERA will be beneficial in better management of project funds, which is likely to support quicker execution and timely delivery of projects,” says Vora.

Most industry experts feel that the real estate sector would benefit both directly and indirectly from the move to cut corporate taxes. They feel that while the act will ease cash crunch situation for both developers and finance companies, it will also stimulate investments in the sector from foreign and domestic investors. 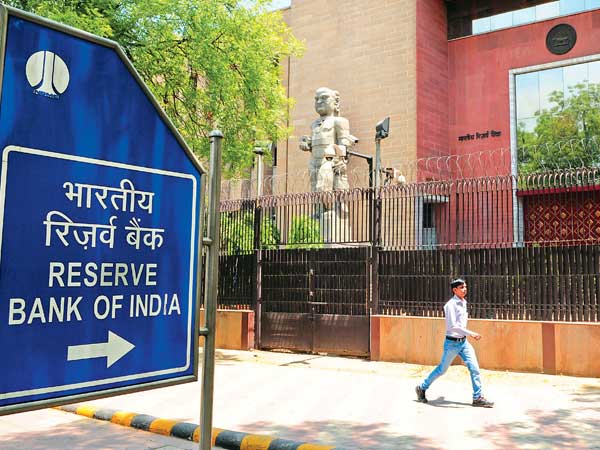 Sudhalkar feels the sector would also indirectly benefit due to improvement in financial situation in other industries, which will spur interest as well as investment into the real estate sector. “Most importantly, since housing finance has wafer thin margins, this would boost their return on equity, leading to more investment in the HFC sector,” he says.

Dhiraj Jain, Director, Mahagun Group, says by reducing corporate tax, the government has been able to “strike at the point where the need is” and that the move has benefitted the corporate world. “We have to understand that the sector plays a huge role in the country’s GDP and any step taken to boost the economy will have a direct impact on real estate too. For example, the decision to consolidate public sector banks will help the banking sector, which in turn will help the real estate sector. Once the banking sector is strengthened, the liquidity crisis will be over and real estate will be back with a bang,” he adds. 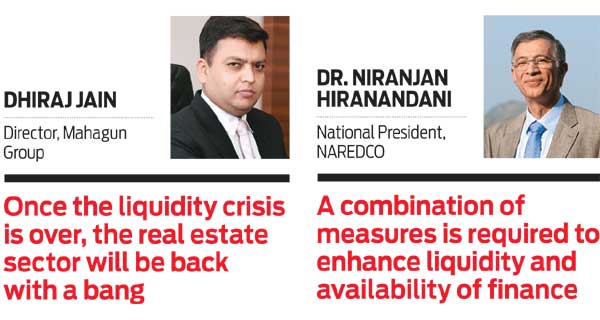 Many do not agree with the view. Hiranandani, for example, says, “The corporate rate cut would not directly have an impact on real estate considering developers in the corporate sector – who would be positively impacted by the move — do not constitute a large segment as to have an impact from an industry-wide perspective.” However, he agrees that the sector would indirectly benefit from the move.

Nonetheless, the sector still needs to address some more challenges. Being among the top three job generators, experts feel if the real estate sector is not given the necessary support to get out of the challenging situation, the impact will not be restricted just to one industry. Others like cement, steel, transport, home finance institutions will also bear repercussions.

While a lot has been done to address liquidity problems within the estate sector, a collective effort by the government, developers, financial institutions and other stakeholders is needed to get the sector out of the mess.

According to Jain, what the government can do is to look into some of the key concerns raised by the sector such as imparting industry status to it and creating a single window clearance system.

Others like Sudhalkar feels the onus is also on developers whose projects are stuck and who are eligible to get last mile financing from the government’s single window. He is of the view that they needed to make a prudent use of the cash flow and ensure fast completion of projects, keeping buyers’ interests in mind. Hiranandani, on the other hand, argues real estate companies that do not adapt to the new norms and changes in ways of functioning will find it difficult to survive.