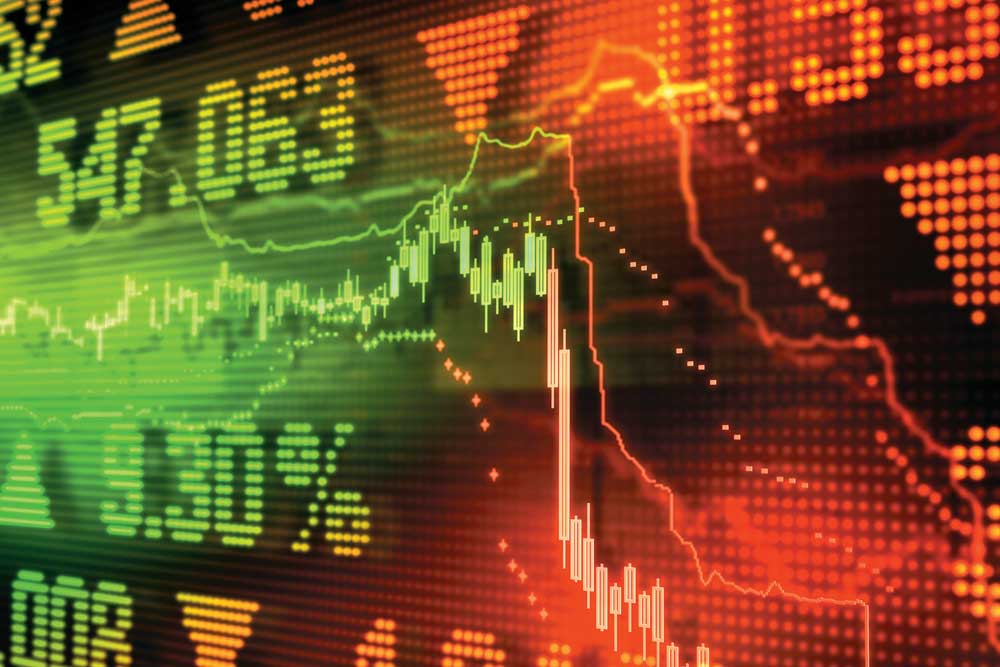 There is an economic term called Opportunity Cost. It means it is the cost of not doing the right thing at the right time with the available resources at your disposal. Finance minister Nirmala Sitharaman seems to have lost the opportunity to cater to the expectations of the country when she presented her second budget on February 1. There were lot of expectations with respect to reviving the slowing economy, kickstart the consumption demand and puting the economy back on the growth trajectory.

However, looking at the reactions to her budget proposals, first from the market and then from experts, it seems that it is a “Big Opportunity Lost”. By the time this issue will be out, it will be amply clear about “opportunity lost and opportunity cost”.

The budget, in a nutshell, was neutral to negative. It is neutral because it did not initiate anything exciting for the market to revisit growth and earnings outlook. Negative because the expected tax breaks and push for growth did not come in force as was expected. The markets witnessed a sharp selloff, after the budget was presented.

The Sensex and Nifty were heavily beaten down by 988 points and 300 points respectively. It closed the special trading session below the psychological mark of 40,000 and 12,000 points respectively at 39,736 and 11,682. The bearish trend is expected to continue before the attention moves to global factors.

However, the scenario at the global level does not look any better. The number of people detected with Corona virus has crossed another milestone, and may well continue to rise in the coming months as well. That will very likely lead to a downgrade in global growth projections and downtick in equities across the markets.

The world has truly become dynamic. Earlier, there was consensus prevailing among market observers the signing of US-China trade deal will play out in form of a deflation cycle for the first half CY20! But with the virus scare at its peak, there has been a weakening of that case. Now with the budget not throwing up anything exciting, domestic markets will move on from this rather quickly.

Let us try to understand the various budgetary proposals and its impact from the investors and markets point of view. Union Budget FY20-21 has tried to address several themes – aspirational India, economic development and the formation of a caring society as well as a number of sectors/ areas like infrastructure, start-ups, a new economy for technology and innovation, culture and tourism, environment, the financial sector, MSMEs and the financial markets.

The result is that while there is an allocation across many segments, it does not have a significant thrust on any one particular sector or a “Big Bang” announcement. A lot was expected on the big boost to infrastructure, but perhaps the devil is in the details.

Fiscal Deficit target for FY20, as expected, was revised to be higher at 3.8 per cent and projected at 3.5 per cent for FY21. Given the economic slowdown, this was much needed and will give a boost to government spending to support the economic growth.

The budget proposed LIC IPO and privatisation of IDBI Bank. However, looking at the past experience of this government with respect to raising of resources through non-tax route is not promising. Renu Pothen, Vice President–Asset Allocation, Client Associates says, “The previous track record of this government implies they prefer to announce big reforms outside the budget; we hope to see some more encouraging updates to the budget this year as well.” 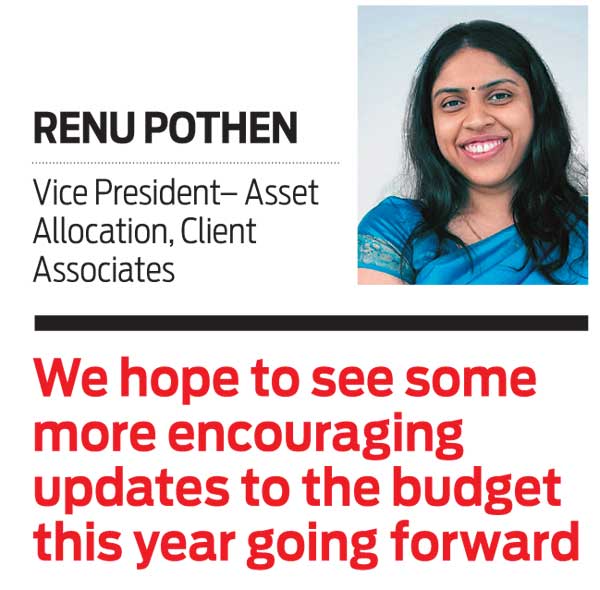 The rural economy including agriculture, which is a very critical component of our economy, received a lot of granular allocation. In addition, linkages from farm to markets saw some positive announcements for storage, logistics, among others.  MSMEs and start-ups got some succour and education has got the emphasis as being very critical.

On direct taxes, the lower rates and simplification by doing away with exemptions and deductions is a positive for individual tax payers. It is aimed at putting more money in the hands of the people to boost consumption. However, in computing tax under the two different approaches and the number of slabs do add an element of complexity.

Vaibhav Sanghavi, Co-Chief Executive Officer, Avendus Capital says, “The markets, however, were expecting relief on capital gains and other reforms. From AIF industry’s perspective, there is a disappointment as pass through in Category 3 AIFs has not been granted. Nominal growth rate of 10 per cent may be a tad underwhelming on the path towards a $5 trillion economy target within the stipulated deadline.” 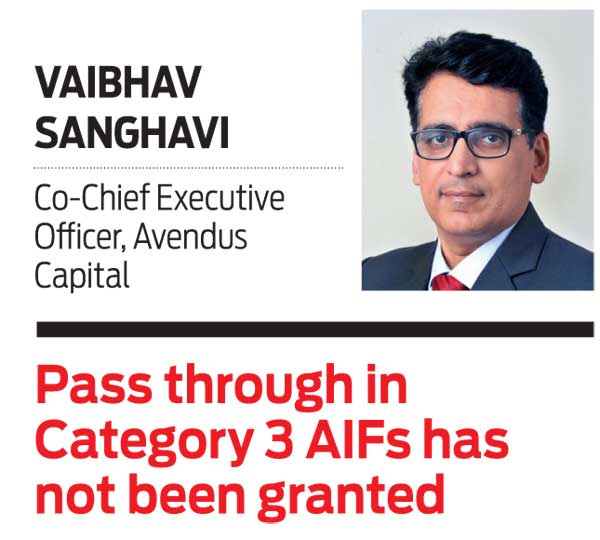 While the overall revenue estimates do not seem to be aggressive, given the expectation of a 10 per cent nominal GDP growth, the reliance on higher non-tax revenue (Rs 2.10 lakh crore from divestment in FY’21), on which the track record has been weak, is something to watch out for. The increased reliance on small savings (at an all time high) to manage the capital receipts in the current and coming year is a concern, observed market experts. 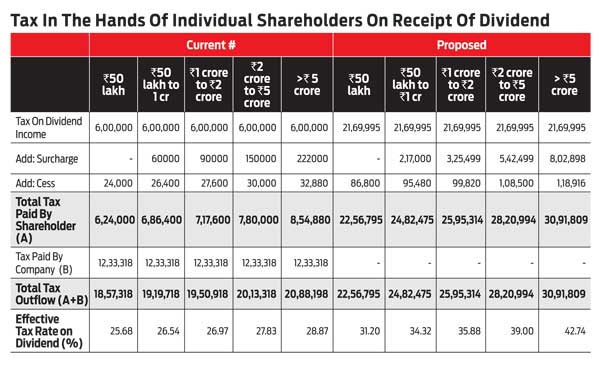 Amandeep Chopra, Group President and Head of Fixed Income, UTI AMC says, “We think the budget has not provided any specific reason for RBI to change its present focus on inflation and hence there is a limited space for any easing on the rates from RBI in the coming policy. Going forward, with no negative supply surprise, the markets would consolidate at present levels in the current quarter as the focus shifts back to global growth, portfolio flows and appetite for emerging market debt.”

The budget has failed to do enough for BFSI. It has also not adequately addressed the mega challenge around credit growth and the resultant liquidity crisis. 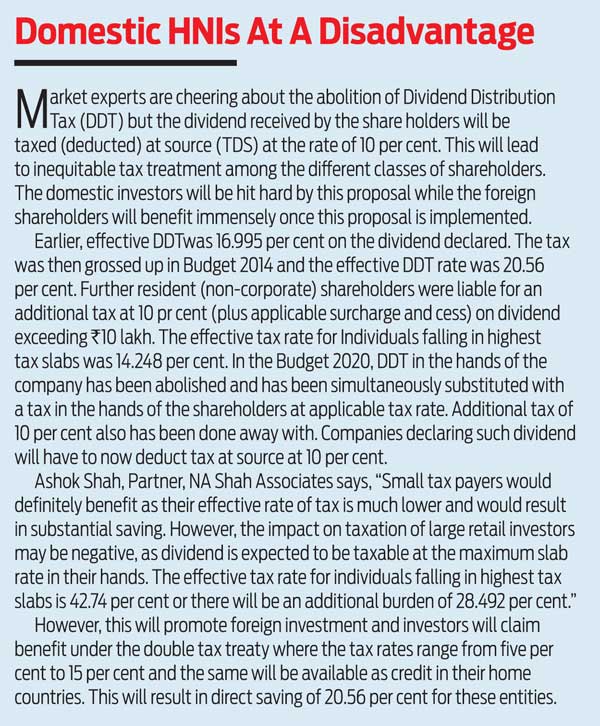 Jaspal Bindra, Executive Chairman, Centrum Group says, “The real estate industry is struggling like never before and its pain is spread to financiers and home buyers. This needed urgent correction but remains ignored. The cut in direct tax rates should benefit the middle income. However, it needs to be seen if it creates necessary consumption demand. The pre-budget promise was to revive the animal spirit in the market. The response is far from it.” 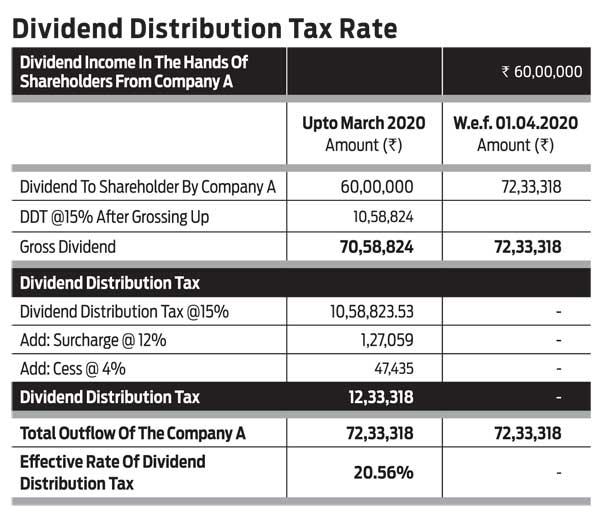 Srinivas Rao Ravuri, CIO - Equities, PGIM India MF feels, “The key takeaway is that we should lower importance given to the budget and do not keep our expectations elevated. Unfortunately, towering expectations on stimulus to revive the economy crashed. One should remember that if something needs to be done, it can happen outside the budget as we have seen in September 2019, when corporate tax rate cut was announced.”

The FM had the opportunity to revive the market in the form of the budget, but has missed it completely. Such a loss creates the opportunity cost. Now, let us wait and watch, who pays for it.