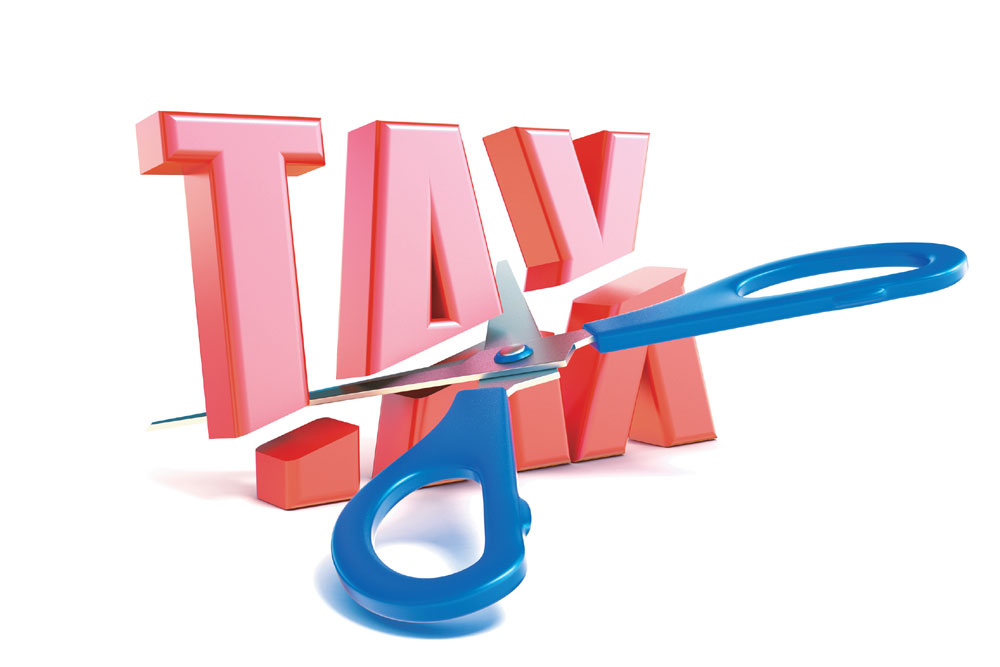 Finance Minister (FM) Nirmala Sitharaman, in her attempt to boost the slowing economy, announced a cut in corporate tax rates on September 5, 2019, that leads to a forgo of Rs1.45 lakh crore. After an initial pick up, the effect of corporate tax rate cut vanished and there were talks of one more dose of stimulus to bring back the spirit.

It was demanded that to address the issue of consumption, personal income tax rate should be slashed,  in order to increase the purchasing power, thus giving a fillip to consumer demand. However, this proposal was rejected and the argument put forward was that the panel appointed to draft the Direct Tax Code (DTC) has submitted its report on August 19, 2019 and its recommendations are under consideration. Media reports indicate, with markets stabilising and the demand for stimulus dying down, the government may accept the recommendations on DTC and announce them as part of the next budget on February 1, 2020. 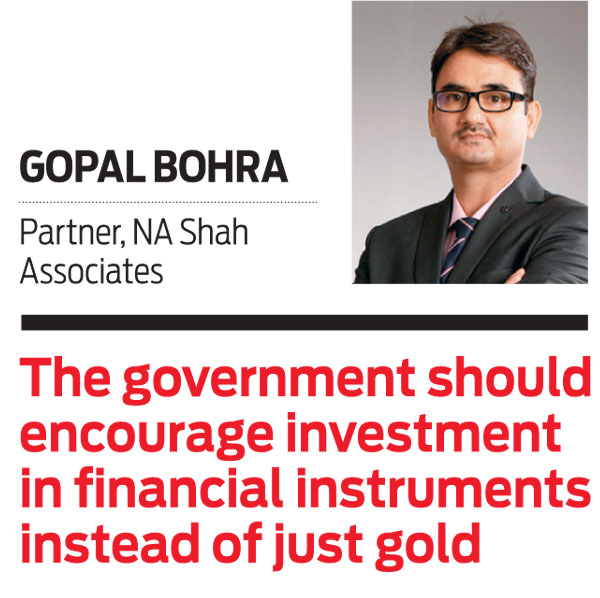 The process to overhaul rules pertaining to personal income tax began almost 10 years back during the second term of the then Prime Minister (PM) Manmohan Singh’s UPA II in 2009-10. However, it could not see the daylight; even in the so-called “swiftly moving-efficient” NDA 2.0 led by PM Narendra Modi.

The recommendation of the DTC panel has not been made public but some of the experts who are privy to the information have spoken to the media. Outlook Money tried to gauge experts’ views on some of the recommendations pertaining to personal finance and capital market.

The DTC panel recommends reducing the number of exemptions in Income-Tax (I-T) Act.

India is following the US practice. In direct taxation, the developed world has a higher rate on personal income tax and lower rate on businesses or corporate tax. The rate of personal income tax in the US is not only higher at 35 per cent, the states and city authorities too have the power to tax your income. On the other extreme, there is a taxpayer-friendly regime in Singapore, where personal I-T is  just 15 per cent.

These governments reward their citizens through various social security measures such as unemployment allowance, medicare, among others.

India, however, is very poor on the issue of providing social security to its citizens.

Ashok Shah, Partner, NA Shah Associates, argues, “When we are comparing tax rates of different countries with Indian rates, we should also talk about benefits taxpayers get in other countries as compared to India.”

Shah explains, “The ability to service debt is quite low, which is why you want interest exemption. The exemption offered makes you capital-efficient and adds power.”

Another major recommendation is to do away with Dividend Distribution Tax (DDT). Earlier, dividend of recipients was taxed. Two years ago, DDT was introduced and dividends became tax-free for recipients, but the company declaring the dividend would have to pay 10 per cent tax. Later, it was hiked to 15 per cent and now it is virtually 20 per cent on the distributed amount.

While the idea behind DDT was to make it tax-free for the recipients, it clearly failed. Recipients are actually made to pay a lot instead.  It was later decided, the company disbursing the dividends and the recipients would pay 10 per cent each. Last year, the FM further increased the surcharge for dividends more than Rs5 crore annually, to 42 per cent - as “Super Rich Tax.” Hence, the recipient in the higher tax bracket ends up paying a DDT of up to 34 per cent (20+14).

Shah says, “This is called a cascading effect.”

The government was putting ahead a similar argument for the cascading effects of various indirect taxes to push its agenda and introduce Goods and Services Tax (GST). Now, the same effect is seen in the direct tax segment. It is believed that DTC panel has recommended abolishing DDT and tax the recipient directly. “This may benefit the people earning Rs35 lakh or less annually,” feels Gopal Bohra, Partner and Colleague of Shah, NA Shah Associates. (see chart)

Shah explains, what is required is to encourage capital formation. If DDT is abolished and recipients in the higher tax brackets are taxed, then the “Super Rich” shareholders will feel the pinch. “This may prove counter-productive,” he cautions, adding, “Most of them are promoters and the owners of companies, who receive a majority of their income in the form of dividends. They will have to shell out 42 per cent as tax. The government may be doing it in the name of simplifying the tax laws and procedure, but it will prove to be a big dampener and will hurt the investment climate as taxpayers’ liability, having an income of more than `35 lakh will increase by more than 10 per cent.”

Another equally important tax levied in the capital market is tax on Short-term Capital Gains (STCG), Long-term Capital Gains (LTCG) and Securities Transaction Tax (STT). The market was expecting STT to go. However, the government not only continued with it, but also introduced LTCG. It is believed that the DTC panel has recommended doing away with both STCG and LTCG and continue with STT. This has proved to be a major roadblock for the capital market participants as it is levied on both buy and sell side. Whether you make profit or loss, you are liable to pay STT.

The government has always put forward the argument of revenue loss when demand is made to do away with STT. 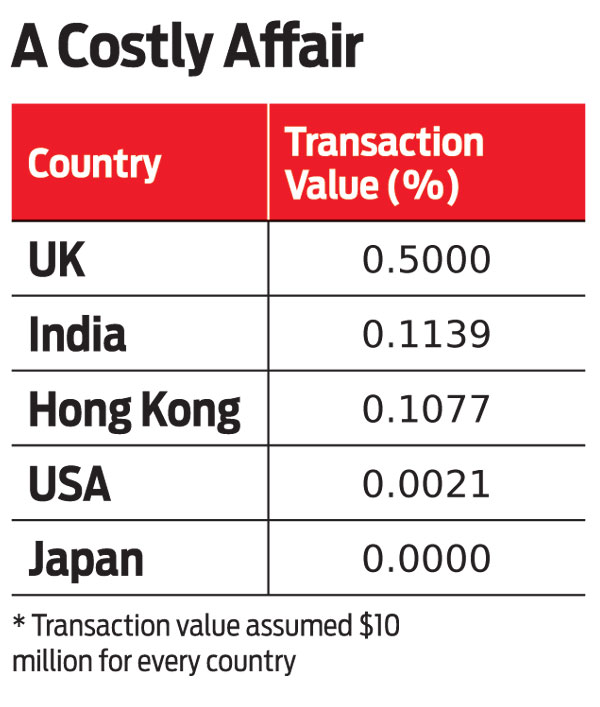 Shah says, “If you (government) want to tax the capital market, please continue with STCG and LTCG, but remove STT as it adds up to the transaction cost along with other levies like GST and different types of cess. As a result, the cost of transaction in the Indian capital market becomes the second highest in the world.” (see chart)

This also amounts to double taxation. Nowhere in the world investors have to pay transaction tax, Bohra argues.

Same goes for Foreign Portfolio Investors (FPIs), who are often viewed with suspicion and seen as agents involved in ring-fencing money back into their individual domestic market.

Shah denies, adding, “We do not know and very frankly, there is no data. The problem lies somewhere else. Your (government’s) inability to monitor should not impact your  tax regulations.”

The US citizens are investing outside their country. Their government has made investment disclosures mandatory, entering into agreements with various countries and enacted Foreign Accounts Tax Compliance Act (FATCA).

India is also a signatory and part of a broader multi-lateral cooperation initiative - Common Reporting Standards (CRS), wherein members of Organisation of Economic Cooperation and Development (OECD) exchange financial information. The Indian government had inserted Rules 114F to 114H and Form 61B in the Income Tax Act in 2014. It also signed the Inter-Governmental Agreement (IGA) with the US in 2015. Indian tax officials are required to obtain specific account information from the US taxpayers. The goal was to ensure tax compliance by the US citizens while increasing transparency for their Internal Revenue Service (IRS). 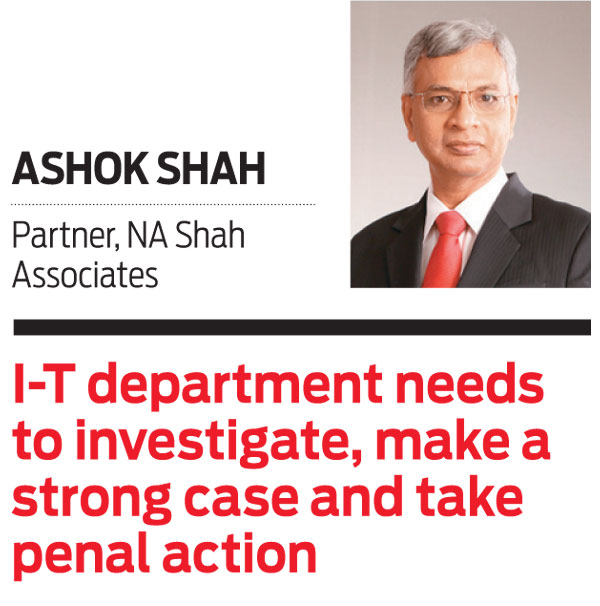 Shah explains, “This is how you control the situation and tax evasion methods and not through the suspicion of round-tripping. This way you (Indian authorities) are killing the sentiments and efficiencies of the economy. By taxing investors, you are not only increasing cost of transactions but increasing the cost of capital. The government is depriving the economy of much needed foreign investment.” (see chart) 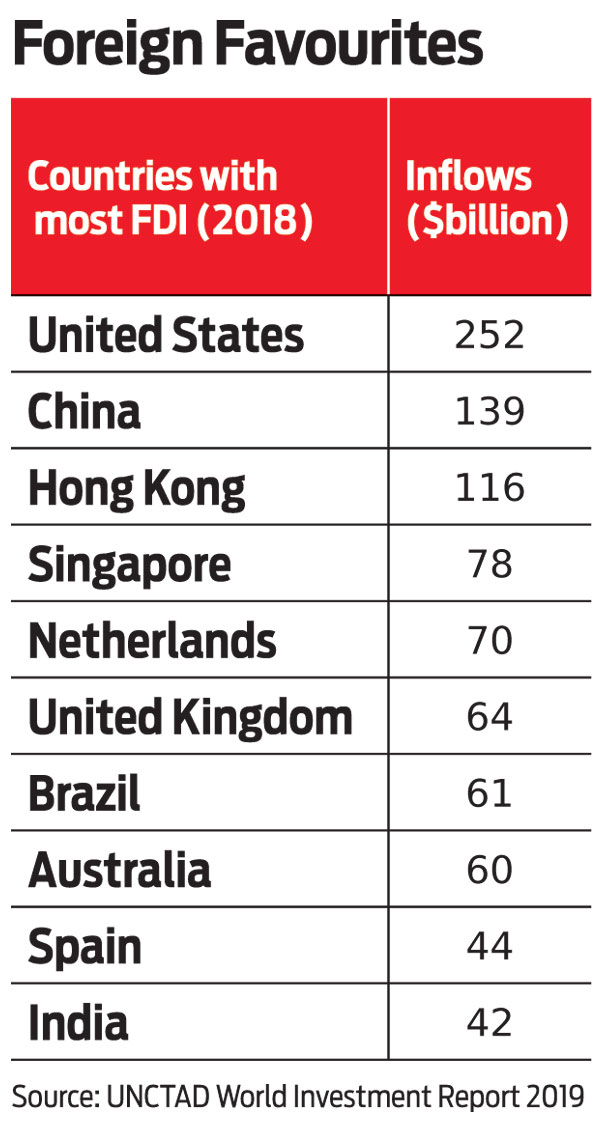 There are other drawbacks too in the direct tax regime, Bohra further points out.

It is understood that DTC has recommended to pursue Exempt-Exempt-Tax (EET), which means when you invest or earn on your investment you are exempt from tax, but on withdrawing your investment on your maturity, you are taxed. This system has its own disadvantages.

“What is required is an ‘out-of-the-box-thinking’, like 401(K) in the US. You are not allowed to withdraw your money during its tenure. All the corporate benefits you receive gets accumulated and the money grows at a compounding rate,” Shah clearly explains.

401(K) is a retirement plan popular in the US, which follows the model of Exempt-Exempt-Exempt or EEE at all the three stages of investment and any pre-mature withdrawal is taxed. The plan matures six months before the age  of retirement or 60 years.

If Indian investors are offered such options through DTC, the corporate sector will hugely benefit, says Bohra, adding, “In the absence of such an option, investors are forced to park their surplus in gold. The government should encourage investment in financial instruments.”

Commenting on yet another weaker aspect, Shah says, “The investigative skills of Indian tax authorities need to be beefed up considerably. The case made by them does not stand a trial in tribunals or high courts.”

India’s tax investigators need to buckle up their shoes particularly when newer technologies like Artificial Intelligence, data mining, Machine Learning and others are having greater say in tax administration.

“Data mining is the future and I am very optimistic the way in which they are mining the GST data. What is required for the I-T department is to investigate thoroughly, make a strong case, take penal action and set an example,” concludes Shah.