Blessings In Disguise For Banking Sector 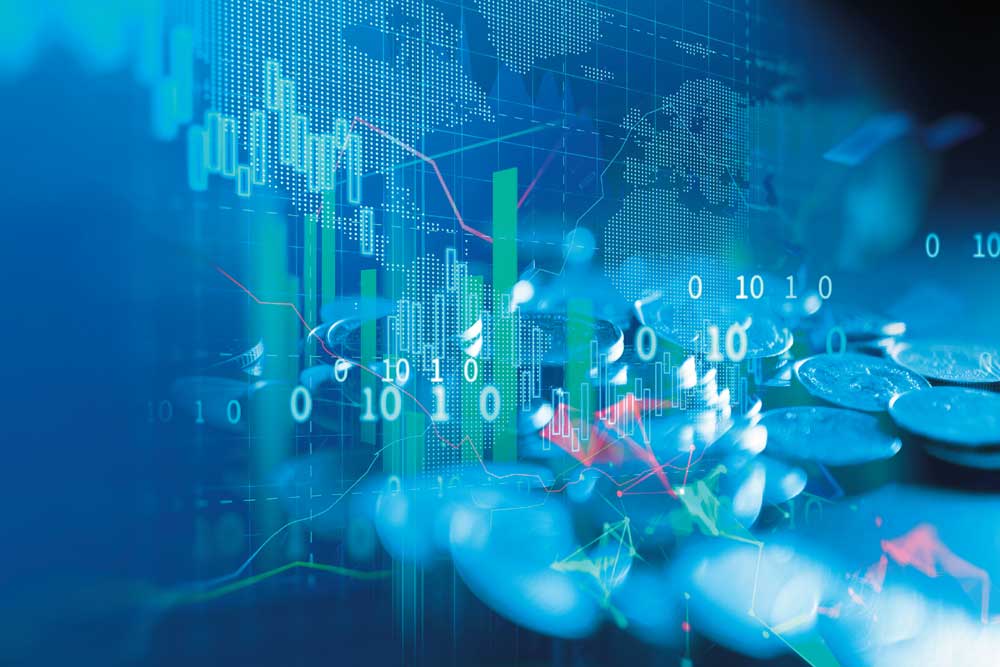 At the fag end of June 2019, the Securities and Exchange Board of India (Sebi) carried out a surgical strike on the liquid mutual funds, suggesting sweeping changes in their investment norms with respect to debt papers. Commenting on the act, Sebi chairperson Ajay Tyagi said, “Mutual funds investment is different from bank lending and it needs to have elements of safety  as well as investment.”

Sebi stated, liquid funds can invest a maximum of 20 per cent of their assets in a single sector as against the current cap of 25 per cent, and must keep aside at least a fifth of their assets in cash equivalent to meet sudden redemption pressures. Liquid funds are debt mutual funds that can invest in securities up to a maturity of 91 days. These changes were based on recommendations made by the mutual fund advisory committee constituted by Sebi to limit liquid fund exposure to a single sector, specially to non-banking finance companies (NBFCs) catering to the  housing sector.

Needless to say, such crucial decisions taken at Sebi’s June board meeting had far reaching consequences for the financial sector. One of the immediate backwashes witnessed was an exodus of institutional investors from the liquid funds category.

In a report released by CRISIL on this issue, it was mentioned that outflows worth Rs1.5 lakh crore from liquid funds dragged down the Assets Under Management (AUM) of the mutual fund industry by 6.5 per cent to settle at Rs24.25 lakh crore in June, that too from a record-high in May.  On the other hand, data disclosed by the Association of Mutual Funds in India (Amfi), showed that the liquid funds category’s assets fell by 27 per cent, amounting to `3.98 lakh crore at the end of the period. CRISIL in its report, further stated that the liquid mutual funds category might see more churn going forward, as Sebi has made valuation of debt securities to be fully mark-to-market (MTM) compared with amortisation of securities with maturity less than 30 days. The 30-day threshold was also a recent phenomenon, which the regulator had modified in June from the 60 days’ amortisation rule earlier. In addition, the regulator introduced a graded exit load on investors of liquid schemes who pull out prior to seven days.

While Sebi’s dictum almost created an upheaval for the mutual funds industry, it turned out to be a blessing in disguise for the overall banking sector, which has been long grappling with the elongated liquidity crisis. Commenting on the silver lining on the banking sector S Ranganathan, Head of Research, LKP Securities said, “Banks are a happier lot since they are craving for deposits with deposit growth trailing credit growth. Cash-rich corporates are placing money at six per cent in treasury bills; but having said that, we are of the opinion that only those debt funds with bad papers are facing huge redemptions; but we may not see flight of money towards bank Fixed Deposits (FDs).”

Adding on to it, Jeevan Kumar KC, Head Investment Strategist, Geojit Financial Services said, “The weekend parking of idle money by corporates might cease to fall in liquid schemes due to the new seven-day load structure. Investors might choose bank deposits for short-term parking. Overnight schemes might see increased inflows but not in a big way.” As per June 2019 AUM statistics, 39.77 per cent of all debt fund AUM lies in liquid funds. In April 2019 this was 43.90 per cent. This could come down further due to new stringent norms in this category,  added Kumar. 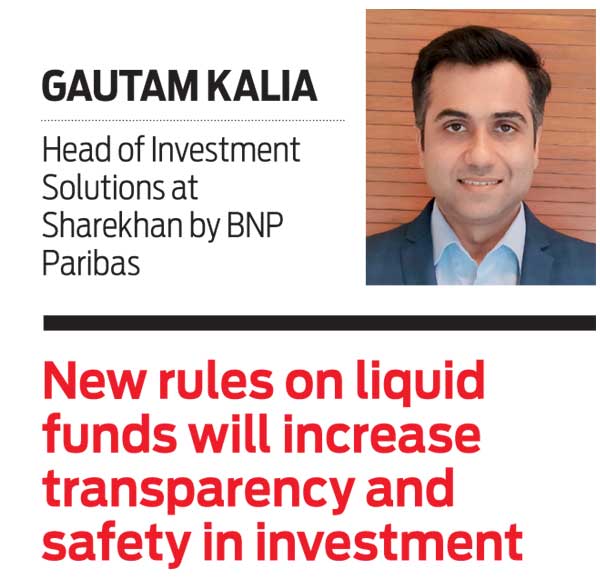 Gautam Kalia, Head of Investment Solutions at Sharekhan by BNP Paribas also echoed similar thoughts. He said, “However, the introduction of the 7-day-exit- load aimed at minimising lumpy inflows and outflows, will have a major impact on corporate money. The graded exit load will result in a shift of the corporate money to overnight funds or bank FDs and current accounts.” Liquid funds were ideal for institutional investors because of the attractive rate of returns and no lock-ins, rued Kalia.

On the other hand, industry experts are of the opinion that this increased fund flows to the banking sector will impact it in a positive way. Ranganathan said, “The stock prices of listed banks should not be impacted much on account of this move as banks need not take high cost bulk deposits and shell out more by way of interest.” Jeevan Kumar added, “Banks might not get affected. In turn they will get more short-term deposits, which will reduce their interest burden on inter bank borrowings. And when there is higher liquidity in the system, then yields would be low, which will discourage investments by corporates. This will ensure equilibrium”. Echoing their views, Kalia said, “However, shift of some of the corporate money from liquid to bank savings and FDs will result in added pressure on banks to lend as they get asset light. However, profitability may still go up because of net interest margins increasing.”

A research paper titled Fund Folio published by leading brokerage firm Motilal Oswal stated, “The month of June saw a notable change in sector and stock allocation of funds. On a month-on-month (MoM) basis, the weight of private and PSU banks increased to a certain extent. Private banks – the top sector holding of MFs – saw its weightage increase for the month to a new high of  19.9 per cent. 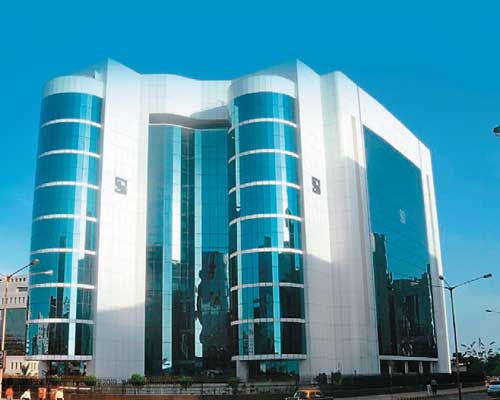 Since the liquidity crisis engulfed India’s shadow banking industry following payment defaults by Infrastructure Leasing and Financial Services (IL&FS), mutual funds that had lent heavily to the non-bank lenders (especially NBFCs), raced to cut their exposure. Several questions have been raised about the safety of `13.24 lakh crore of AUM of debt funds as mutual funds continue to have a massive `3.12 lakh crore exposure to NBFCs and housing finance companies. This was precisely the reason why Sebi had to intervene and take stringent decision for the sector.

Sebi’s latest changes will have a significant impact on India’s `25.93 lakh crore mutual fund industry, which has to comply with the new sectoral caps from September 2020. The market regulator has also reduced liquid funds’ exposure to the so-called credit-enhanced securities to 10 per cent of AUM. A credit enhancement is typically a promoter guarantee or the offer of shares as collateral in order to enhance the creditworthiness of specific debt paper. These are also referred to as loan against shares.

The mutual fund industry currently has an exposure of around `50,000 crore to loans against shares, a form of credit enhancement often availed by promoters. These securities will need to carry a cover of 4:1, which typically now stands at 2:1. Sebi also said it does not recognise standstill agreements between mutual funds and company promoters. It has also finalised a uniform valuation policy for debt instruments. Currently, once security falls below the investment grade, fund managers end up writing papers as per their discretion. The new valuation framework hopes to do away with this process. Alternately, own trades or so-called self trades will also not be allowed to boost valuation of the paper. Sebi’s decisions are in line with their efforts to de-risk liquid funds. The most significant one is the 20 per cent cash holding requirement. The seven-day exit load will also drive many small corporates, who keep money for very short periods, to overnight funds. 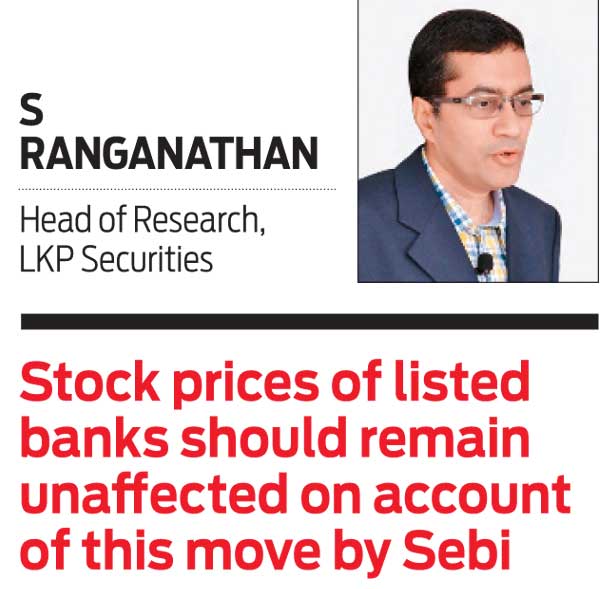 Lauding Sebi’s decision, Ranganathan said, “In our view, the move is basically to ensure better risk management since many debt funds had exposure to developers and builders.”  Sharing his views on the same, Kalia added, “The new rules such as exit load on liquid funds, higher security for credit enhanced securities and increased capital allocation in liquid assets, will increase the safety and transparency of investing within the mutual funds industry.”

Investment rules may have been made stringent keeping in mind interests of investors. However, the new rules will make life difficult for one of the market intermediary and that is mutual fund distributors. As it is , the secondary equity market has taken a beating following the presentation of the Union Budget. The benchmark indices have been trading at two-months’ low. It was already very difficult for them to sell equity mutual funds’ products, now with this new rules in place for debt mutual funds, the road ahead will be an uphill task for them, as more swirls in the debt mutual funds sector is expected going ahead. Commenting on the same,

Ranganathan said, “The task for mutual fund distributors is anyways challenging since the withdrawal of trail commission and if above proposals get implemented, it would obviously make it difficult for them.”

However, Kalia said, “While in the short term, this may prove to be difficult for distribution of Liquid Funds, it will eventually lead to better understanding and protection of client interests and increase in the overall flows to MFs. But for now, it largely depends on how overnight funds are able to meet the requirements of institutional investors.”

Having taken into consideration all the aspects related to the investment norms for liquid funds, what these funds, their managers and Asset Management Companies need to keep in mind the advice given by Sebi’s chairperson Tyagi, highlighted in the initial paragraphs of this story.

Let us hope that all the stakeholders mentioned in this article will keep in mind the regulator’s message that there is a difference between a mutual fund and a bank. Besides appreciation (investment), mutual funds investment also needs safety. And that is why Sebi swears by its motto: Investor First!

From Equities To Eldorado