Beyond The Raging Waves

Home »  Magazine »  Beyond The Raging Waves 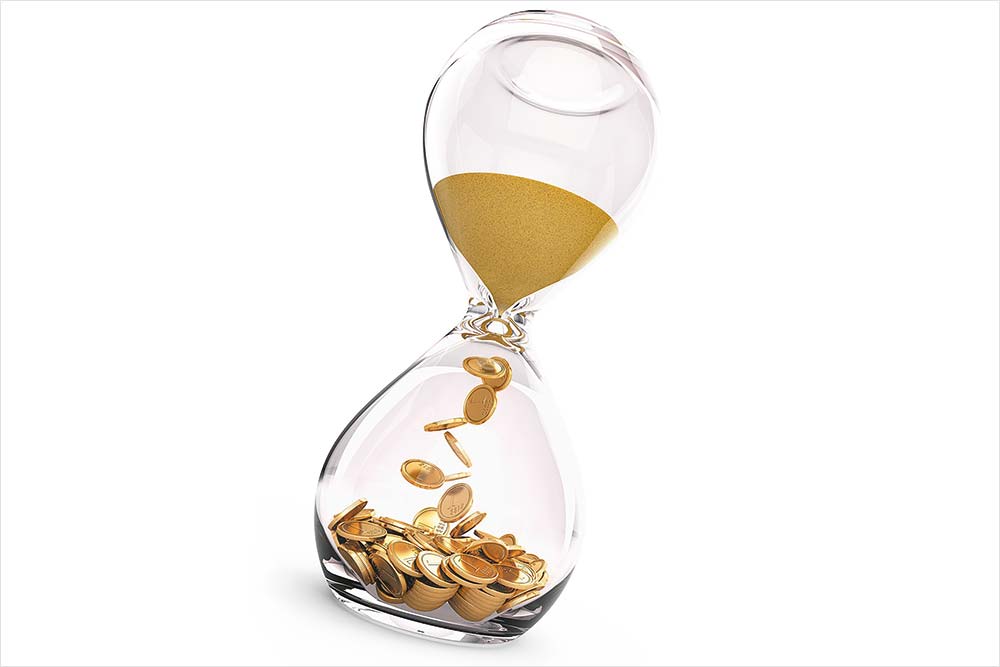 In the last ten years, investing has become like a second nature for Ankush Sharma. A little bit of balance in income and expenditure and disciplined spending helped him make some savings every month. He was happy with the traditional investment options like fixed deposits, gold and public provident fund until he decided to dabble in mutual funds a year before a crisis rattled the world and changed almost everything.

Ankush (name changed) wasn’t happy with the funds because of their poor performance. After the containment measures against the Covid-19 pandemic brought businesses to a screeching halt, markets went into a tailspin. The Sensex fell from the peak of over 42,000 to almost 26,000, a correction of around 18,000 points that pushed most investors to the edge. Panic reigned in the markets.

The civil engineering graduate in his mid-thirties, however, stayed put with his systematic investment plans (SIPs). With the green shoots of economic recovery showing up and the rollout of the Covid-19 vaccine restoring confidence among people, Sharma’s investments began turning around. He was not wrong to expect a bull run in the markets around the corner.

But, somewhere in his calculations, Sharma did not factor in the second wave of the pandemic. The second wave began swirling in March, and by the middle of April, it stormed the nation with nearly three lakh people being infected every day.

It was almost three times of what was experienced at the peak of the first wave. With the Indian economy yet to heal the wounds of last year’s lockdown, the government has this time decided to avoid such severe containment measures so long as possible. Prime Minister Narendra Modi, in his address to the nation, went on to say that the country needed to be “saved from the lockdown” which, he said, should be treated as only the last resort.

With the storm raging up in a more devastating fury, the investors are left in an abyss of uncertainty. What should investors like Sharma do now with their investments?

The answer may be found in the experience of the last year, when the country witnessed the first wave of the pandemic. Stock markets fell by almost 40 per cent, gold prices surged to a record high of over Rs 58,000 per 10 gram and the interest rates declined.

The same trend seems to be shaping up during the second wave as well, although the magnitude is much lower so far. By the middle of April, Sensex had seen a correction of around 5,000 points from its record high of over 52,000.

Jashan Arora, Director at Master Capital Services, says the pandemic is turning into one of the toughest challenges. “One of the major reasons for the sharp rally in the equity market was the expectation of economic recovery as well as a rebound in corporate earnings in the backdrop of receding Covid-19 cases. But because of the second wave of infection and possibility of fresh restrictions, the equity market could see more volatility,” he says.

While the markets dimmed, the yellow metal dazzled. Gold prices saw a sharp recovery from the levels of around Rs 44,000 per 10 grams to over Rs 48,000 by mid-April. As far as the interest rates are concerned, the RBI in April decided to keep its short-term lending rate, or the repo rate, unchanged at 4 per cent. It also maintained its accommodative stance, keeping room for further rate cuts, if needed.

Most experts believe that despite a much larger population getting infected during the second wave, the circumstances this time are not the same and there may not be the same kind of swing in the prices of investment instruments, even though the direction may be the same. That is mainly because of the vaccine being rolled out simultaneously with the spreading of the infection. This triggers a race between the number of people getting vaccinated and those getting infected. Over the next few months, the vaccinated people would outnumber those who can act as carriers of the virus.

Wall Street brokerage firm Goldman Sachs lowered India’s GDP growth forecast for the full year to 10.5 per cent from 10.9 per cent. It also lowered the 2021 earnings growth forecast to 24 per cent from 27 per cent. Nikhil Kamath, who co-founded True Beacon and Zerodha and serves as the CIO, believes overvalued instruments such as equities would tend to depreciate in value because of negative consumer confidence in the market. Not alone the uncertainty unleashed by the pandemic, high commodity prices and escalating inflationary pressures have also sprung up as major areas of concern for the investor. Heavy selling by foreign institutional investors (FIIs) in April have begun eroding mid and small cap stocks. The impact of partial lockdowns is likely to reflect in the June quarter results of companies. Experts believe gold prices will also head towards Rs 50,000 in the medium term.

Kamath says that it is basic human nature to flock to safe havens in times of distress. “If more severe curbs are set through lockdowns and curfews, we might see prices of gold and government-backed bonds have an increase in their value.”

Arora has another take on the future. “One possibility could be that the equity markets would see selling pressure as they discount the impact of slow growth and insolvency. This would be favourable for asset classes such as treasury bonds (bond prices rise as yields go down in a weaker economy) and gold (insurance against uncertainty),” he says.

With the second onslaught of Covid-19, Sharma’s investments have come to a fork. Down one route, more modern investment options with higher returns in a shorter span of time. Down the other, the more traditional instruments like FDs and bonds look safer. Gold, too, shines bright with its spectacular rally fresh in mind at a time when equities had nosedived last year.

According to Kaushlendra Singh Sengar, Founder and CEO, Invest19, existing investors should go for partial profit-booking at this point while new investors should avoid entering the market and wait for corrections.

Rachit Chawla, CEO and Founder of Finway FSC, predicts a demand spike in fixed deposits. “If the objective is short-term, equity should be avoided because it will be very volatile, emotions will get into play and will take you to make wrong decisions. For the long term, gold and equity, for the short-term FDs and debt — that should be the rationale of investment for the consumer,” he says.

On the other hand, though, Arora feels this is the best time to buy if you can take some risks. “Like last year, when the pandemic hit, buying stocks in March required you to embrace fear and uncertainty in exchange for the higher expected returns. And within one year the market has made many all-time highs. If you can be a buyer in times of fear, your chances of earning returns above-average would improve,” says Arora.

If one wants to invest in equities, say for the sake of diversification or a high-risk-high-reward bet, low-beta stocks such as pharma stocks can perform well in the ongoing crisis, Sengar adds.

Learn from Your Mistakes Made Last Year

The second wave is exacerbating the situation with India surpassing the US and Brazil in terms of average number of weekly cases. The record spike in infections have forced authorities to clamp short lockdowns and restrict movements. Markets have been erratic amid the raging fear of another round of economic damage.

It’s time the investor should take a pause and look back at last year and recall what they have learnt.

Many investors tried to figure out the bottom of the market after the lockdowns last year. In doing so, they reacted to the market volatility and made significant losses. As we had witnessed that after a steep fall, the financial markets bounced back and touched lifetime highs. Those who had knee-jerk reactions failed to ride the upswing and those who could hold on to their patience reaped the most.

Investors who are in the market for the long-term, should assess the ongoing trends and make informed decisions based on their financial goals. The investors must look to diversify their investment portfolio as diversification is their best defence against volatility. Low-beta stocks such as pharma stocks can perform well in the ongoing crisis. Existing investors can go for partial profit-booking. New investors should avoid entering the current market and wait for correction.

Last year was a wake-up call for individuals who had no life insurance or health insurance cover. Now, the crisis that we believed was contained has resurged, which made us realise how fragile our lives can become. Individuals must learn from a crisis of this magnitude and consider spending to have adequate health cover.

A Guide Fit For Every Pocket In Equity Market

‘Volatility May Sustain For Next Few Quarters’