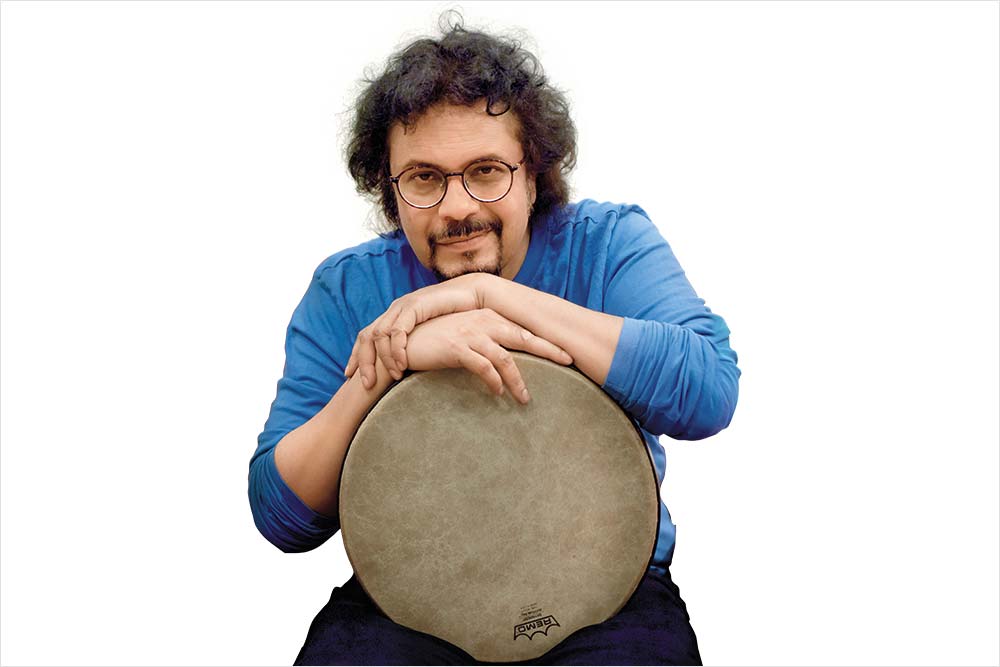 Dexterity can rarely be more flamboyant than what a virtuoso exudes with his tabla. That’s what defines Bikram Ghosh, the craftsman who blends rhythm of the instrument with his exactitude and waltz in an impeccable harmony. It creates magic.

It is time that defines Dhrupad. It is time that the wizard masters to transcend to a higher plane of sheer brilliance. He flaunts his arrogance in his beats as he learns to reign over time. With his fine sense of time, he captivates the minds of multitudes, across the planet. He timed it right to dabble in his experimental fusion music.

It was when India was opening up to the world, Ghosh took his music to the global stage. An audience, left enthralled and educated by his predecessors Ustad Alla Rakha and later Ustad Zakir Hussain, was hungry for more. Success was waiting for him.

“I started my career as a tabla player in the 1990s. In 1991, then finance minister Manmohan Singh declared India as an open economy. For musicians like us who had just begun making foreign tours, incomes suddenly became tax-free,” recalls Ghosh. “I must admit, I had an impressive flow of funds at that time.”

It was possibly his love for an abode of music that drove him to choose real estate to park his money. A house in Behala, deep in South Kolkata, was his first investment in property. “I have always seen property as a solid investment option. You build it and enjoy it, while it grows in value,” says Ghosh.

“As a professional musician or a performer, you can’t have a fixed income. Neither did my father have it, nor do I expect it.” Pandit Shankar Ghosh belonged to the first batch of Bengalis who made tabla as their profession. “A fixed structure or format of investment is impossible for us. For me, investment has always been sporadic.”

And, realty remained his first love, when it comes to his finances. “These days, I put my money on fixed deposits and mutual funds. The percentage of income is low, but I need the fluidity for the houses which are under construction.”

The composer of Beyond Rhythmscape does not believe in investing in gold. There’s something a lot more precious, he thinks. “If I hone up my craft, I will get a greater dividend than that in gold. The rise in the rate of gold is nowhere close to the rate at which I uplift my craft.”

Starting his life as a classical tabla player, Ghosh earned fame world over as a master of fusion music, but he never let his creative pursuit satiate. He went on to composing for films as well as acting. Success was foretold in everything he did. “I believe in hard work and optimism. I believe when one door is shut, another opens. And, one needs to map the way to the other door and work towards his goal.”

Last year’s pandemic wreaked havoc on the music industry. “As a musician, I was not getting enough money due to lack of live concerts. Besides online shows, I focused on sharpening my skill as a producer and a music composer. This helped me stay afloat financially.”

When it comes to assets, the maestro banks on his creativity. “Your intellectual property is your biggest asset. Invest the most in it because it saves you through your hard times.”