Being Your Own Boss

Home »  Magazine »  Being Your Own Boss 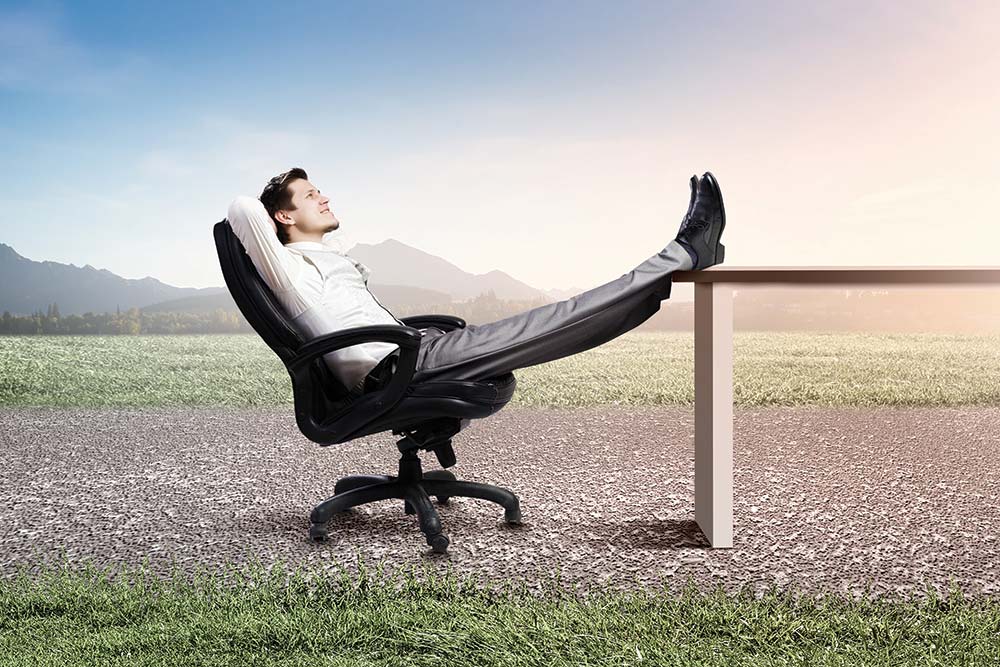 In March 2020, when the Covid-19 pandemic invaded India, who had thought it would bring us to a cusp of the unknown in so many ways? And yet, here we are, after sixteen months, on the verge of redefining ourselves. Our initial exasperation with the lockdown, with being imprisoned at home, and home itself being turned into office, those were only the first, material steps in dismantling the world as we knew it. Over a year of coping with a real fear of sickness and death, and of being touched by personal and collective tragedy, added a keen psychological element to that disturbing of settled paradigms—what ensued for many was a deep interrogation of the self and everything out there. It was, relatively speaking, a small duration of time in everyone’s life—even if it seemed like an aeon spent in hell. But perhaps because of that last bit, enduring it has been a truly transformational event.

It was not a purely inner transformation, of course, generated autonomously by individuals or by some group spiritual activity. Most parts of it were forced on people by inimical factors outside of them. The lives of uncounted millions were devastated by the economic paralysis—many by the appearance of the dreaded pink slip, handed by the companies. The companies, many themselves in crisis, in a sense thought of themselves as entities separate from their employees—instead of harbouring them in a time of common crisis, they chose to leave them out in the storm. That experience of separation, a kind of estrangement, itself came to forge a different kind of thinking. That’s why this crisis birthed a new phenomenon. People began to think for themselves, and of themselves as autonomous agents. They became their own boss.

Official data tells us that 1,38,051 new companies were registered in between April 2020 and February 2021. The number for just the first quarter of the current fiscal is 36,191—very close to twice of what was recorded in the corresponding period of last year: 18,968. This clear spike. It tells us that entrepreneurship is spreading fast among Indians. “This is just the number of the new companies formally registered,” says a senior government official. “There are a lot of informal entrepreneurs whose businesses are not registered.” That real number is as hazy as the real number of Covid deaths. But what we can see is itself quite persuasive.

Take Turni Dhar, 47, from Kolkata. She used to head the national sales for an imported wines company called Gusto Imports Pvt Ltd. The usual happened: pandemic, lockdown, salary cut. “My team was trimmed and we were all morally down,” says Dhar. “It was difficult to generate business even after the lockdown was eased. I had to think of something as an alternative. And, I finally turned to a dream.” In 2014, when she had moved from Mumbai to Kolkata, she had dreamed of starting a home care for senior citizens. Today, that dream has a name: Dependablez.

Dhar partnered with her friend Swarnaditya Upal Das and Joyee Barik for venturing on this new path. Das and Barik too were under financial stress: they had found running a restaurant and a wedding business, respectively, impossible under on-and-off lockdown conditions. The trio’s journey started in July last year. The first thing they turned to was the idea of delivering cooked food to Covid patients as well as senior citizens in the city—using a kitchen run by one of Dhar’s family friends. The food became a hit and Dependablez soon increased its outreach. Gradually, they developed more all-round packages with a subscription model for senior citizens. They kept adding services like nurses and attendants, escorting senior citizens to doctors, help with vaccination, bank work, grocery shopping, withdrawal of pension, submission of forms, insurance papers and hospital admission. Dhar is now thinking of spreading her business to other cities in Bengal.

Like Dhar, Pratik Bandyopadhyay also embarked on his entrepreneurial journey during the pandemic—but with a bang. He was heading the sports desk of the Times of India’s regional edition when he was asked by the management to name the worst performer of his team so as to make a shortlist for potential retrenchment. Bandyopadhyay named himself and resigned, an act that became the talk of media circles in Kolkata and beyond. Since then, 39-year-old Bandyopadhyay has not joined any other company, nor is he looking to. Instead, he too found allies in two friends, one of them a Kolkata-based journalist and the other a Switzerland-based financial consultant. With them, he launched Nagorik.net, a Bengali news and opinion website that gradually started drawing eyeballs with its rich content.

“The website is not yet in the revenue earning phase,” says Bandyopadhyay. “Right now, we are trying to build a readership base. The next step will be generating revenues.” On the side, he earns through freelancing and translation work. And he is happier than he used to be. Meanwhile, he has also managed to finish his first Bengali novel, which he started writing in 2016, and the book has now gone to print. “Sports writing was a compromise I had opted for at the beginning of my career. My first love is engaging with socio-political issues and literature. But I knew socio-political reporting for a big media house would be constrained and influenced by company policies,” he says. Bandyopadhyay, says letting go of a salaried job was not a tough call, as he was mentally prepared for a situation like this.

Veer off some 1,500 km to the northwest of Kolkata, to Kashmir, and you find another story of an entrepreneurial journey offering not only solace but meaning. For Shoib Bashir, a photojournalist from north Kashmir’s Bandipora region, this came in retracing the steps to an age-old art that was on the verge of extinction: the special culinary traditions around freshwater fish. With his ancestral home located on the banks of the Wular, Asia’s largest freshwater lake, Bashir feels a personal attachment to these traditions, and decided to turn this into a workable business concept: selling special items cooked according to the old recipes using fish from the Wular lake!

Bashir’s challenges were not limited to the pandemic—Kashmir has its own permanent lockdown, in a sense. He wanted to have a business that wouldn’t require big investments but also sustain in a place like Kashmir, where frequent protests and curfews are a part of life. On top of that, big businesses and start-ups alike had faced huge financial losses since August 5, 2019, when Article 370 was removed amidst an unprecedented lockdown and communication blockade that ran for months together. Trying something new in this ecosystem had to be foolproof.

Bashir started with the basics: looking for clay-pots needed to cook Kashmiri fish delicacies so that their traditional taste and feel could be maintained. He travelled to Budgam in central Kashmir to meet the potters from the famous old clusters. To his disbelief, he found those potters had shut their businesses long back due to lack of demand. Finally, he met a potter who had around hundred clay cooking pots, locally known as daeghul, gathering dust in his store for many years. Delighted, Bashir immediately bought them all, surprising no one more than the potter. Confident that his new venture would appeal to people, Bashir also asked the potter to make more daeghuls.

In April, Bashir started cooking and home delivery of the traditional fish cuisine on a small scale. As people started posting their feedback on social media, Bashir’s business started growing. He is now taking around 15 to 20 orders for delivering cooked fish with ingredients like nadru (lotus stem) slices and the crinkly leaves of haak (collard greens). “I haven’t had an off day for the past three months,” he says, laughing. “I wanted to have a break for one day but my customers are not willing to have one!” Now, Kashmiris living in different parts of the world are ordering fish for their loved ones at home. “One day we went to drop fish to a family in Srinagar. They said, ‘We hadn’t ordered it’. We told them your son has ordered it from the US for you. I cannot tell you how happy they were,” he says.

The journey from being an employee to turning an employer is already a challenge. But a bigger challenge is to see one business venture after another failing and yet retaining the courage to start a new one. G. Krishna Reddy is one such tenacious man. He was an employee with a Bangalore-based startup that did home-servicing of automobiles when the job vanished. Then, in July 2020, he lost his father to Covid-19—the old man contracted it when he travelled from their village in Andhra Pradesh’s Anantapur district, halfway between Bangalore and Hyderabad, to a nearby town to buy medicine. He did not allow his grief to end up as personal suffering. Three months ago, Reddy started a proof of concept—a startup that would do home delivery of goods for that rural swathe near Tadipatri. He decided to call it KarryNow.

Reddy says he wants to grow one step at a time—over the last two months, he has completed 200 orders over a route that covers 20 villages. If he gets investors on board, the scale-up can happen faster, he says. “We are looking to raise money and have pitched to over ten investors and all of them are interested because this is not a small market.”

Reddy is elated that the pandemic has actually created an opportunity for him. He is not the only one in India who has that feeling.

‘The Brunt Is Worse For Women’