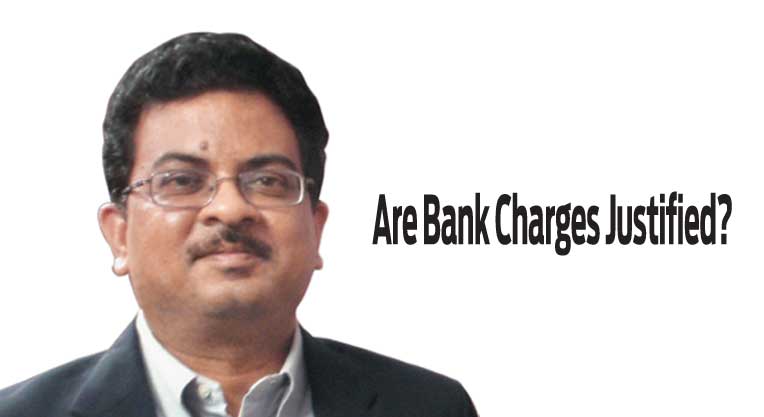 Common depositors are fed up with different charges levied upon them by banks, especially when they are facing an adverse interest rate regime.

Penal charge for non-maintenance of minimum account balance (MAB) was subjected to severe criticism. Such was the gravity that it was even raised at the Lok Sabha. In its response, Shiv Pratap Shukla, MoS (finance), informed that the banks in 2017–18 on account of MAB, collected $50 billion as fine. In fact, SBI solely collected almost half of the total, amounting $24.33 billion. On the other hand, Axis, HDFC and ICICI, three major private sector banks, had collected another 30 per cent of the total amount. However, basic savings bank deposit accounts (BSBDAs) and accounts opened under Pradhan Mantri Jan Dhan Yojana (PMJDY) are exempted from maintaining a MAB. Thus, 533 million BSBDAs, including 308 million PMJDY accounts, reported on December 2017, did not invite any such charge. SBI’s Yono app enabled the provision of opening zero-balance digital only bank accounts till March, 2019 without any fine. Rajnish Kumar, Chairperson, SBI, said around 20,000 such accounts are being opened on an everyday basis.

The facility of opening zero-balance account dates back to 2014. In its first bi-monthly monetary policy statement on April 1, 2014, RBI had advised banks not to take undue advantage of customer difficulty or negligence in levying penal charges for non-maintenance of MAB in savings accounts. As per a RBI notification, dated December 15, 2016, BSBDAs which are not KYC-compliant are advised to be treated as small accounts.  As per a notification, dated December 16, 2010, these accounts are specially characterised. In such accounts, balance should not exceed Rs50,000, monthly withdrawals should not be more than Rs10,000 and maximum four withdrawals are allowed monthly. Interestingly, its features look similar to PMJDY scheme bank account, which has been conceptualised recently.

Although, in India, conventional wisdom is that interest rates earned from savings accounts can never be less than zero. Or else, people will start holding cash. The minimum balance requirement has risen for all banks, although at a lesser pace in PSB banks. But, the return on bank deposits during the current decade is not adequate to surpass the inflation rates. However, banks in many developed nations do not pay any interest to the depositors for maintaining their savings accounts. In fact, Japanese banks charge some fee for keeping the money with them, which is of course an exception.

Most Indian banks pay 3.5 per cent interest on saving accounts, except— Kotak Mahindra Bank, Yes Bank and Bandhan Bank. These banks pay up to 6 per cent interest if the balance is maintained above Rs1 lakh. SBI has also started a saving plus feature in which term deposit interest rate is paid for the additional deposit over a threshold balance.

In fixed deposits, on the other hand, interest rates presently vary between 3.5 and 7.75 per cent, depending upon the investment period. However, a few small finance banks, like Jana, Fincare, ESAF, Equitas and Utkarsh, aiming to supply credit in the unorganised sector, pay interest rates in a higher range of  four-9.5 per cent on fixed deposits. However, in a few developing countries, much smaller in size and population as compared to India, like Azerbaijan, Uzbekistan, Uganda, Georgia, Mongolia and Kazakhstan, interest rates are reportedly to be 12.60 per cent, nine per cent, 8.10 per cent, 7.40 per cent, 6.80 per cent and 4.20 per cent respectively.

Indian banks too cannot be blamed when almost all of them have mounting pressure of non-performing assets with a probability of escalation of the same in the present context of loans being sanctioned for subaltern entrepreneurship without any security.

The author is a professor at Vidyasagar University, Midnapore

Wealth Creation in 2018: A Reflection

Time To Hold Some Gold Again