All About Dons And Smuggling

Home »  Magazine »  All About Dons And Smuggling 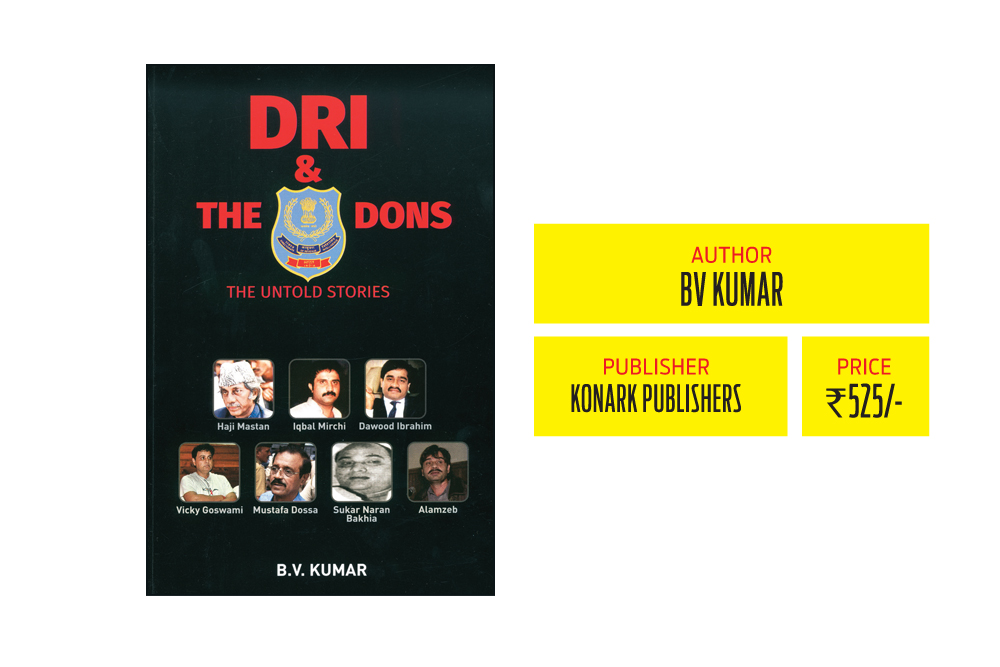 Anything related to smuggling always hits the front-page headlines, attracting a lot of attention. Various stringent rules by the Indian government could not put a full stop to this financial ill-practice. In his book, ‘DRI & The Dons – The Untold Stories,’ BV Kumar touched upon almost all aspects of smuggling and revealed interesting stories around it.

He vividly explained the role of the Directorate of Revenue Intelligence in curbing smuggling and dealing with offenders.

The author made an endeavour through this book to record some of the most important cases detected by various DRI officers at great personal sacrifice. Kumar joined the Indian Revenue Service in 1958 and held various key positions such as the Director General, Revenue Intelligence; Director General and Customs amongst others in his 35 years of service.

He stated that smuggling is known as the world’s second oldest profession. A smuggler has no preference to any particular goods and has a keen business sense with eye on profits. Smugglers may not hold an MBA degree but knows how to source country, and the location and safe landing of goods – all processes involving a number of operatives working in tandem. The smugglers have the expertise to choose whether the goods should be brought through sea routes, land frontiers or by air, depending upon the value of the goods and the ease with which the goods can breach customs barriers.

The part II of the book is dedicated to seizures of gold and silver, mentioning the world’s most wanted fugitive, Dawood Ibrahim Kaskar and Haji Haji Ismail, the small time smuggler of Saurashtra who evolved into a mini don.

It mentioned that a single smuggler can carry 100 bars of gold weighing 1,000 tolas, valued approximately at Rs37.50 lakh beneath his shirt concealed in a waistcoat specially stitched with 50 slots on either side. These cannot be detected easily unless passed through a metal detector.

In one such incident, intelligence indicated that a Gujarat-based smuggler was very active in the smuggling of gold along the Porbandar coast. All out efforts were made to identify the gang members and their safe houses. On July 21, 1989, specific intelligence indicated that this gang had transported a huge quantity of smuggled gold bars in Bombay (now Mumbai). Surveillance was mounted at various places by a handful of officers. Two apartment complexes in Santacruz were identified as the likely storage points for the contraband.

The officers immediately raided the apartments before they arrived at Flat no 304. Neither the room was locked nor was anyone present there. A search of this room revealed three gunny bags containing 48 bundles and these were no ordinary bundles. They were 1,200 foreign-marked yellow metal bars, which on closer examination were found to be gold bars of 10 tolas each, weighing a total of 12,000 tolas and valued at Rs4.31 crore (current market value being Rs45.06 crore).

The 12,000 tolas of gold had obviously been brought into the country in contravention of the law and were seized for further action under the Customs Act. The eastern coast of the country has seen a lot less of smuggling activities, but has not been completely immune to it either.

Based on real life incidents, the book is a thriller with several adventurous stories on smuggling  in India.

A Steady Pace To Reach The Finish Line

MONEY TALES FROM THE HINTERLAND