A Focus On Grievance And Complaint

Home »  Magazine »  A Focus On Grievance And Complaint 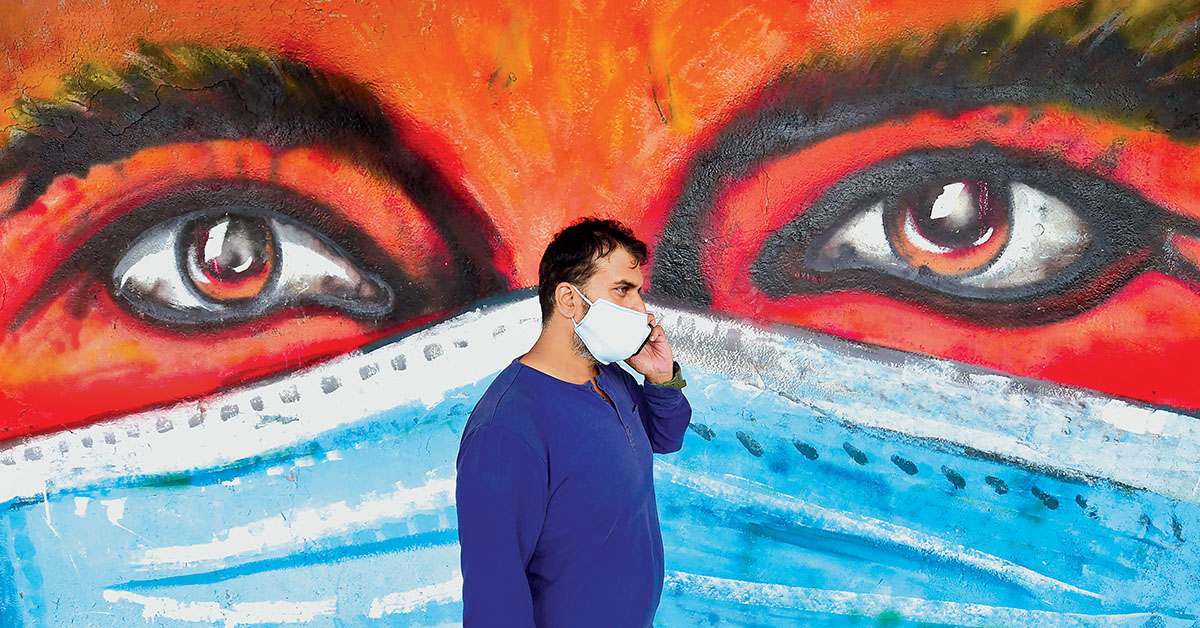 Holders of health insurance policies encounter multiple challenges when it comes to renewing old policies or getting their claims settled by insurance companies.

According to them, the insurers are busy patting their backs by claiming that they receive very few complaints from policyholders, hence suggesting that customers are largely satisfied with their services.

The government has appointed several Insurance Ombudsman across the country to handle grievances of insurance customers. Even though the move has brought the redressal framework into focus, it works through a system that appears to be quite discouraging.

Policyholders of Health Insurance (HI) are compelled to run from pillar to post to either get their policy renewed or even their claims settled. Normally, they directly approach the ombudsman with their grievances. However, insurers often deny the renewal of HI policy on the ground of Pre-Existing Disease (PED). Their woes do not stop here, as it is found that the policyholders’ claims get deferred for an uncertain period on some flimsy ground.

Jagriti Chandra, a New Delhi based professional, had taken a health insurance policy from Oriental Insurance along with a top-up of Rs 20 lakh from Liberty two years back.

“It has been two months that I despatched the claim form along with all the required originals and have not received an acknowledgement yet,” claims Chandra.

Now the question arises which insurer state-run or private sector one is better in terms of premium rates or hassle-free claim settlement.

“It is a matter of perception. Some people are satisfied with the services provided by the private sector health insurers, whereas the few others are happy with the state-run general insurers for the same. It is the market share enjoyed by various insurers which can be seen as a differentiator,” says Sanjay Datta, Chief Underwriting and Claims, ICICI Lombard GI.

PED is another grey area where people face difficulties while buying a policy or even at the time of claim settlement.

Abhishek Muthiah, a start-up coach from Coimbatore, is suffering from bone-related diseases. Soon, after having a successful surgery in July 2018 he applied for a health insurance top-up plan as his existing base plan did not have the necessary coverage to compensate for the COVID-19 treatment.

“Insurers went against the IRDAI guidelines and denied the policy, citing my pre-existing illness. Following the incident, I have raised a complaint with IRDAI’s grievances cell,” claims Muthiah.

“Choosing the correct health insurance plan might prove to be quite a challenge for many, due to the varied types of health insurance plans available in the market. You need to weigh the plans as per your requirement and then choose accordingly,” says Dhirendra Mahyavanshi, Co-Founder, Turtlemint, an InsurTech company.

In reply to an RTI query by an Indore-based activist Mukesh Trivedi, the IRDAI has said that there is no particular qualification required for the doctors to be appointed by TPAs that have been fixed by the authority.

However, Upasana Kamineni Konidela, MD, Family Health Plan Insurance TPA Limited (FHPL) denied it by saying that “though it is true that TPAs take their business from insurers, they do ensure timely claim settlement of the policyholders. All my 3,000 employees work around the clock to get the claims settled in an expedited manner.” 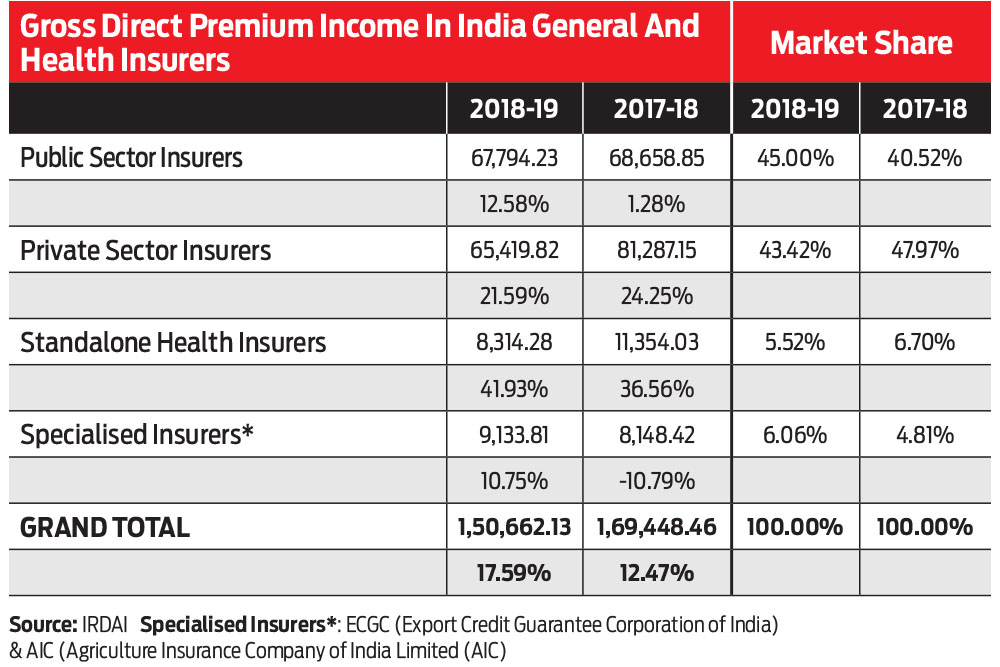 The Supreme Court has taken a critical view on the insurers’ lagging when it comes to settlement of HI claims in time.

In a recent judgment, the Supreme Court has asked the Centre to examine why insurers are not reimbursing the entire COVID-19 treatment cost.

The apex court took judicial notice of general complaints about insurance companies playing truant in reimbursing the full cost of the treatment and told the Union government to proactively look into the problem faced by citizens during the pandemic.

A bench of Chief Justice SA Bobde and Justices AS Bopanna and V Ramasubramanian told solicitor general Tushar Mehta to “take care of the insurance companies” who are allegedly slashing the reimbursement amount due to COVID-19 patients.

Milind Kharat, the Insurance Ombudsman for Mumbai and Goa in an interview, informed that the Mumbai centre has received only two complaints and the value is less than Rs 1 lakh.

“The two complaints that we received were in the non-life segment and both have been redressed. We have received a total of 800 complaints as of July 31, 2020,” says Milind Kharat.

He described that the nature of complaints indicated the consumers are mostly facing hassle in settlement of claims.

“Abiding by the guidelines of the local government, we have kept our offices open. Complaints are received through both online and offline mediums and are being registered daily. Our Mumbai centre has disposed of the highest number of complaints through online hearings. So far, we have not received any complaints regarding claim denials,” Kharat informs.

The provision of a cashless facility is extended by the hospitals as per the Preferred Providers’ Network arrangement that insurance companies have with PPN hospitals. Such companies take action against hospitals that deny cashless facilities. IRDAI has already addressed the matter and issued instructions to the companies in this regard.

Atul Sahai, CMD, New India Assurance, and Girish Radhakrishnan, CMD, United India Insurance briefed their views on this subject. When asked about the COVID-19 claims related complaints, Sahai says, “We have received seven complaints and in terms of the claimed amount it is around Rs 9 lakh.” 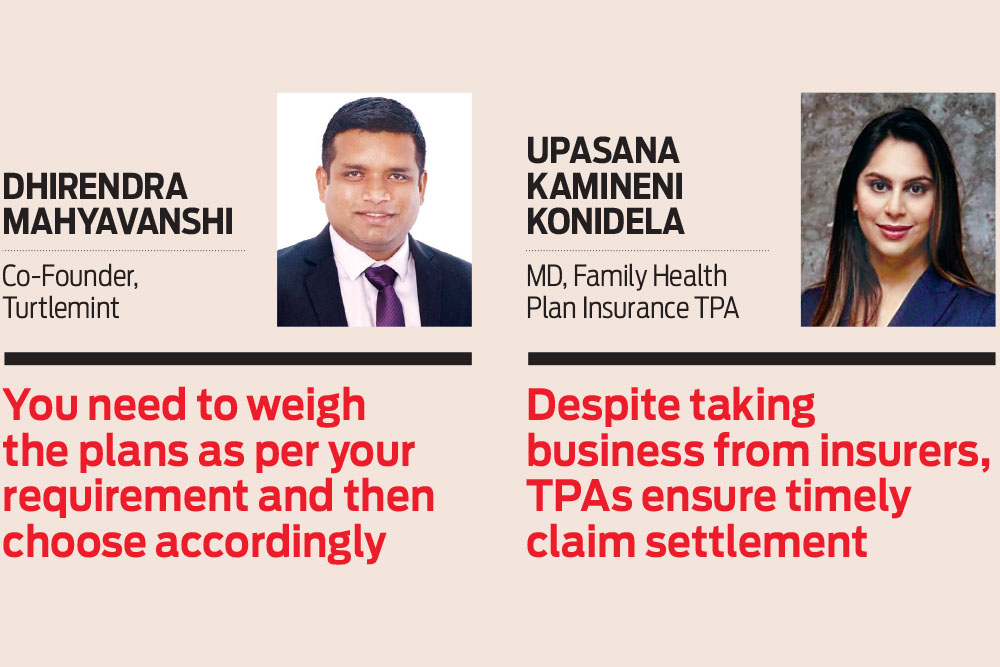 While Radhakrishnan replies, “From April 1, 2020, we have issued nearly 50 lakh policies, and have received around 6 lakh claims, out of which 5.7 lakh claims are settled. I would consider this to be a satisfactory position.”

Many consumers are left stranded as they face obstacles due to legal technicalities. Based on this, both Sahai and Radhakrishnan have gladly announced that they have simplified the process by displaying FAQs and other requirements, to ensure that claims do not add headaches to the customers.

“In general, the nature of the complaints follows a normal pattern, like delay in receiving claim amounts and policy documents, policies that fail to appear for online purchase, and so on. However, a plethora of complaints have also entered in the form of queries on COVID-19 related claims,” says Girish Radhakrishnan.

Apart from other expenses, the insurance companies also cover the cost of PPE kits, as patients could end up spending as much as a fourth of their hospital bills on PPE kits, during an extended hospitalisation.

“We have made it clear from the very beginning of the pandemic that we shall cover the cost of PPE Kits under the scope of our health policies,” says Sahai.

Even though IRDAI’s guidelines state that the health insurance companies will not be able to reject any claim, there was emerging news of insurers denying claims or delaying settlements. Labelling the news as merely rumours Radhakrishnan says, “While we too have heard market rumours to this effect, I can assure you that this is not true of United India Insurance and I am sure, not true of other PSUs as well. While every claim is not payable and insurers do reject some, it is to be noted that not a single COVID-19 related claim has been denied.”

“We have neither denied nor repudiated a single claim so far. Around 77 per cent of claims have been admitted on cashless, and rest on reimbursement basis out of total 17,356 claims. A total of 13,223 claims have already been discharged. Around 10,000 claims have been settled under cashless,” states Atul Sahai.

The incurred claims ratio, which is a total claim paid by the insurer as a ratio to the total premium collected by them, of the health segment was reduced to 89.34 per cent in the year 2018-19 from 92.21 per cent a year ago. Speaking for the New India Assurance, Sahai informed that all claims have been settled to the extent that cash facilities were granted.

“United India Insurance has received 6.30 lakh claims during this lockdown and settled 5.70 lakh claims out of which 4.60 lakh were health-related. We have also settled over 21,000 COVID-19 claims including those under Government Health Schemes,” says Radhakrishnan.