The Indian start-up generation does not hesitate to pursue its passions and interests, which is turning even teenagers to join the bandwagon. 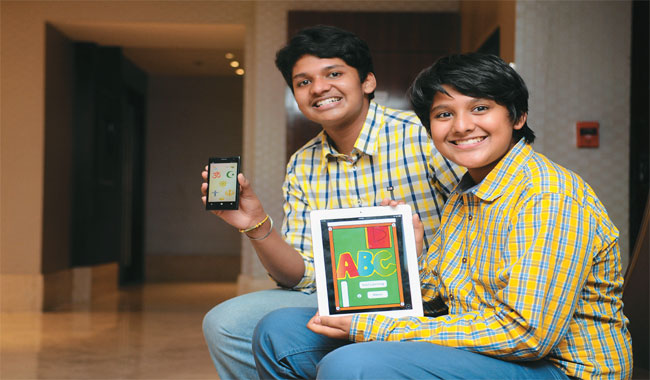 Climbing the ladder of success is not easy, which is why for every successful Snapdeal there is a failed venture, which just could not

sustain. Entrepreneurship and innovation are the most commonly heard words when people are asked about their job profiles. Suddenly, starting something is the most happening vocation. Besides, age is not a barrier as most of the founders of start-ups are in still their early 20s! 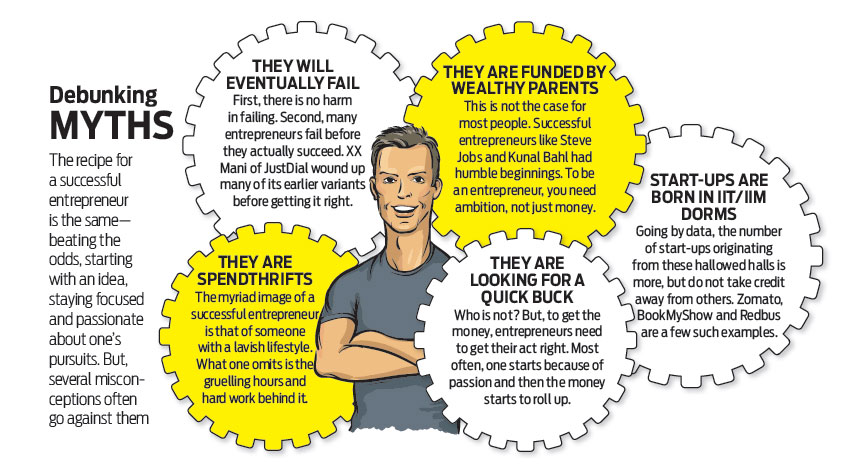 In fact, Chennai-based Shravan and Sanjay Kumaran are just in their teens and well known in the app world for their creations. “With GoDimensions, we have a clear idea of what we want to do—we want as many people to use our apps,” they say, echoing each other’s thoughts. For 27-year old Pavani Kaur, adding an artistic touch to her couture cakes has not only meant that she has carved a niche, she has also proved that success comes from unconventional quarters. “There are few artists who stick to a particular genre of cake. With my sugar flowers and vintage palettes, I feel my work is exclusive,” she says. 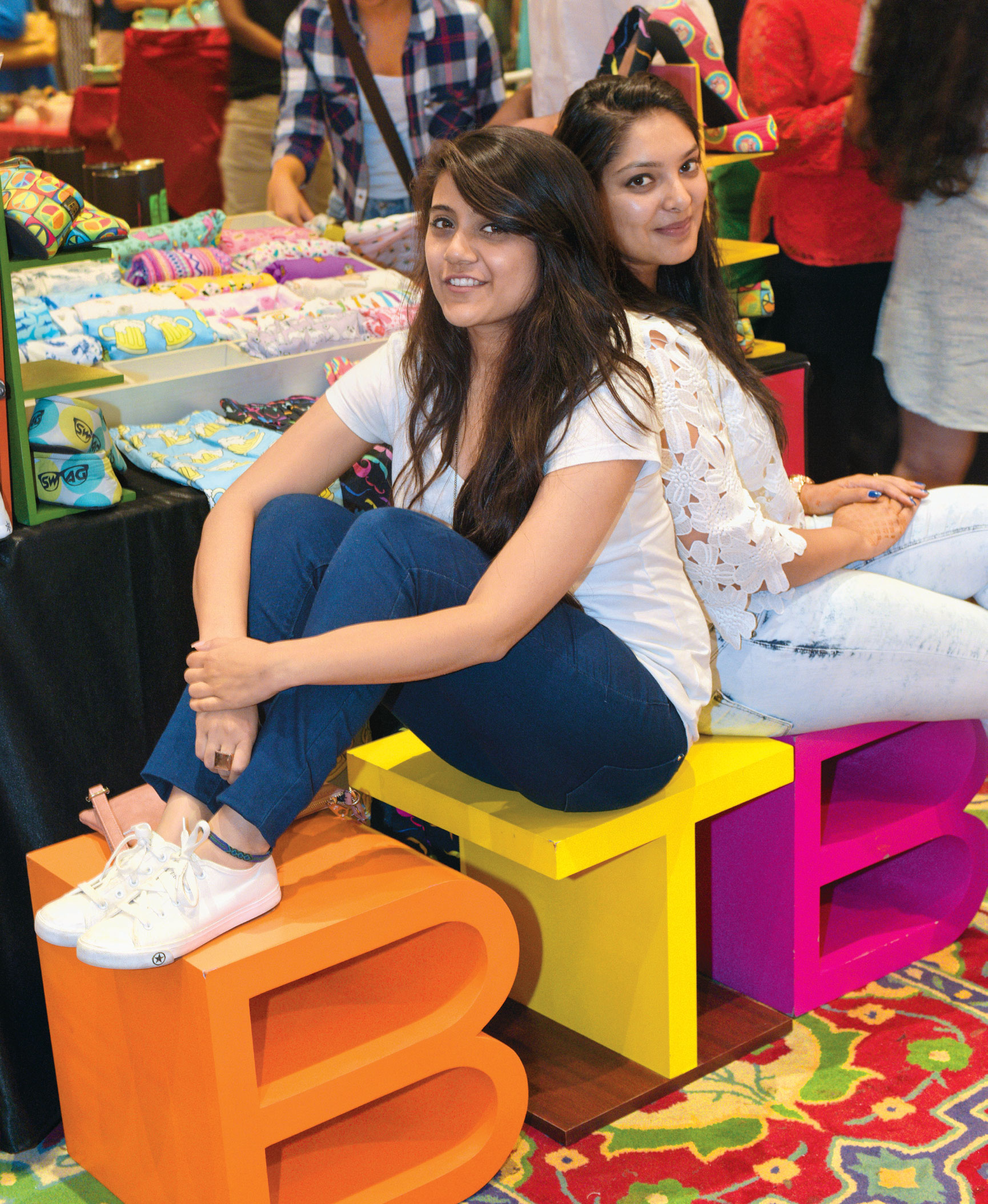 The young and restless are fast latching on to the entrepreneurial bandwagon, defying the conformities of convention and, by taking the road less travelled, they have proved to be wise beyond their years. Yes, one needs to be talented to have ideas that are workable and also draw investors to put in their money. Says Yash Chandiramani, founder of Go Panda, “The goal should be to pursue passion even if it means taking risks, and the fundamental rule in life must be to believe in your capabilities.”

Some ideas may sound bizarre but they are finding takers, after all who would have thought of an appbased taxi service, which without owning a single car could become so popular till Uber did it.

In a similar vein is the story of Ahmedabad- based Aditi Gupta, founder of Menstrupedia, a social media portal that dispels myths about menstruation and changes the social outlook of this natural process kept so long under closed curtains. “I started by creating an educational tool that would help young girls learn about menstruation on their own. At the same time, it would help parents overcome their inhibition and discuss menstruation comfortably with their daughters,” she says. The result is Menstrupedia Comic—an 88-page book that uses storytelling in a comic strip format to educate young girls about menstruation in an easy and friendly way. 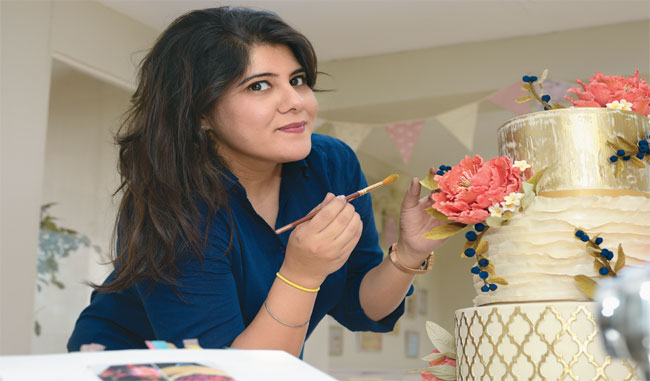 It is one thing to dream of parties and another to actually consider organising it as a business idea, but that is exactly what 20-year-old

Delhi-based Ishpuneet Singh ventured into. “Mad About Parties (MAP) was born with the need to cater to the unfulfilled desires of party-seeking Delhi University students,” he says. MAP aims at providing a platform for students to interact at an inter-college and inter- school level. They have ventured into college fests, farewell events, fresher events, birthday parties, private events, bachelorette parties, and even pre-wedding events. Today, it has so many party themes up its sleeve that the business has grown several times over since its launch in July 2013.

It is a similar story when one delves deep into what Kaur does with her cakes—they have gained a following, which leaves her with little room for anything else. “I am passionate about my work and use an assistant as and when needed, but I mostly function from my home to cater to the orders placed,” she says. In the meantime, in a span of just nine months, the Menstrupedia comic has helped educate more than 6000 girls in India and 10 other countries. “The number of users is shooting up and I don’t think the niche is limiting in any way,” says Gupta.

Avni Goel was just 23 when, in 2013, she ventured into sleepwear and launched Below the Belt. Her range of quirky, yet comfortable ‘lazy wear’ has changed the way people visualise sleepwear. “We just want to add some funk to your junk,” she says. Her success can be measured in numbers as the company has reported close to Rs.1 crore in turnover this year. The driver for most young entrepreneurs is to give their idea or venture the best in terms of effort and time.

What these youngsters are doing is turning the traditional entrepreneur stereotype; not all of them have ventured into setting up tech-based ventures. There are several enthusiastic go-getters, but very few have what it took the Kumaran teenagers to flourish–they have no fear of failure. Most start-ups that succeed do so because they are able to defy the myths surrounding them. They have also not shied away from competition or selling out, if they found a good exit. The young guns definitely seem to be thriving in the start-up world with little to lose and a lot to gain with even small successes.