It is a hard fact to ignore that the majority of today’s workers are likely to face a bleak retirement—or the prospect of having to work well past the traditional retirement age. The recent Budget announcement on first taxing the Employee Provident Fund (EPF) withdrawal to make it at par with the National Pension System (NPS) and then rolling back the announcement has opened a different can of worms—which is better, EPF or NPS? While there is no doubt that you need to fund your retirement on your own and not depend on just any of these, the scales tilt towards NPS as a better option today. 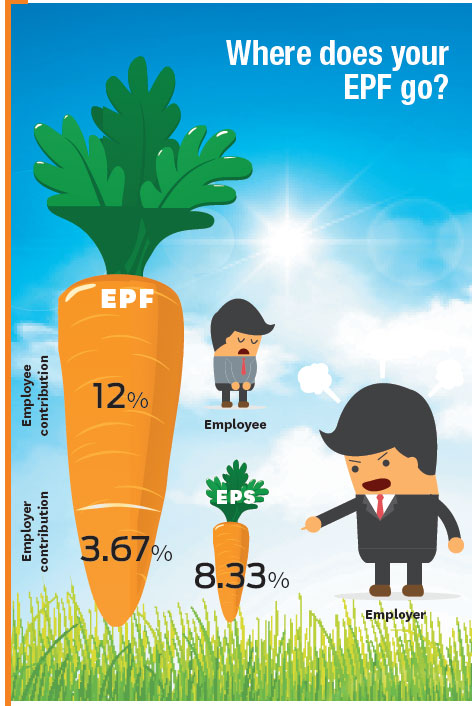 The treatment of EPF has undergone changes since February 10, 2016, when the Labour Ministry changed norms on withdrawal of provident fund (PF), by disallowing the full withdrawal of the EPF before one’s retirement. The restriction is only for the employer’s contribution towards the EPF before the retirement, which now can be withdrawn only when one turns 58. There are other differences which makes one score over the other, with the EPF losing out more in scoring over the NPS.

Seen dispassionately, the choice between the NPS and the EPF is really nothing to write home about. The NPS, with its transparent architecture and several perceived advantages is yet to be tested in terms of people who have experienced the payout phase of the NPS. In contrast, the EPF has evolved over the years, and does have its share of benefits—defined returns topping the list, and flexibility. Actually, the EPF is seen more as an emergency fund to fund some of the life’s biggest dreams—building a house or getting the children educated and married. It is also common to find most people withdrawing from their PF every time they change jobs, defeating the purpose of the EPF as a retirement product.

Although technically the NPS has been in place since January 1, 2004, but it was not until a couple of years ago that it shaped into a product where the contributor had some form of flexibility and say. One of the reasons why employers are moving towards the NPS over EPF is the lower management cost. Moreover, the returns on the NPS have been better than the EPF, which is only expected to get better with time. Says Sumit Shukla, CEO, HDFC Pension Management: “If one looks at last five years returns, the corporate and government bond debt funds of NPS have beaten the EPF returns.”

When the NPS was conceived, the choice of investment options doing the rounds was very attractive. However, in reality that choice is limited, and is not as investor friendly as it could have been. For instance, the biggest drawback is the equity exposure that one can have through the NPS fund is capped at 50 per cent at the moment. Considering someone enrolling into the NPS at 30 years of age has a good three decades for the money to grow. Yet, the available equity exposure is low, which means the advantage of compounding and long-term equity investing does not really come into play.

Yet, the NPS has a better pull purely because structurally it has all the necessary ingredients to work similar to how SIP investments do in mutual funds. Says Vidya Bala, Head-Mutual Fund Research, Fundsindia: “The NPS is more beneficial for people in high tax bracket as it gives an additional deduction of `50,000.” She advocates the NPS even to young people as she feels they have more time till retirement. As and when the equity exposure goes up and changes to funds in which the NPS money can be invested, there will be choice as well as reasons to benefit from equity markets.

Given our propensity to procrastinate and not save for our retired life, it is important for us to be part of some form of forced retirement savings. The NPS, despite the taxation at the time of redemption on retirement could be better, owing to the higher equity exposure, which will benefit from the power of compounding and time. Says Rajesh Iyer, Head – Investment Advisory and Family Office, Kotak Wealth Management: “EPF is only for salaried employees whereas anyone can invest in NPS.”

This retirement-only contribution does come with its share of negative tax implications—you are forced to receive the proceeds at the time of retirement only by way of annuity, that too through the five empanelled providers. You also have the limitation when it comes to available annuity options, which one can only hope gets better with time. At the moment, for you, the salaried, if it comes to choosing between the NPS and EPF, it is more like the devil and the deep sea, where the NPS is the known devil, with all its tax lacuna at the time of redemption standing out compared to the EPF where the possibilities of introducing changes are far more. 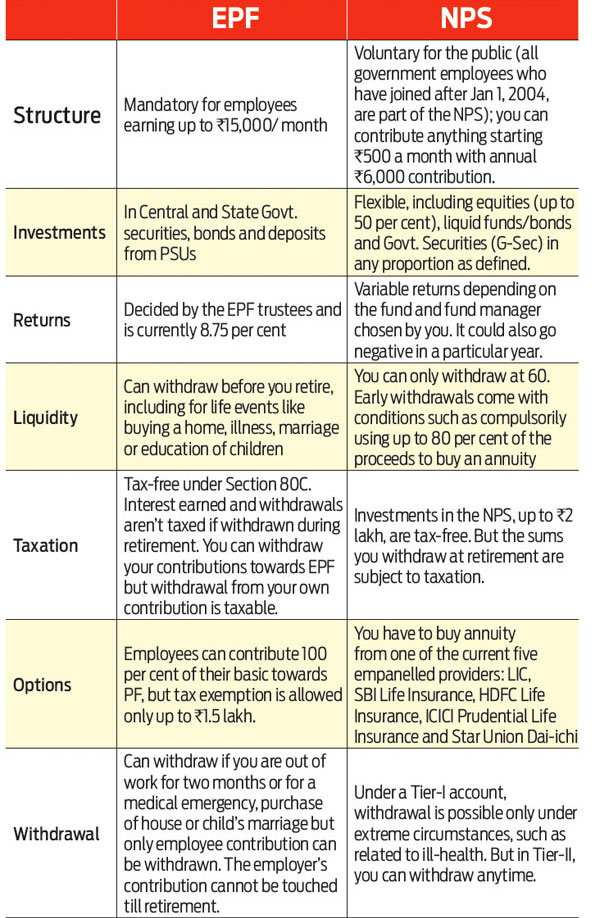 Can I prematurely withdraw from my provident fund?