Symphony, leading manufacturer of air coolers, stands to gain from the GST regime

A stock picker’s delight is a stock that is a market leader in any category, has low debt and plenty of headroom to grow profits with low investments. Symphony, a company that manufactures air coolers is in a sweet spot because of these reasons. The company is in a market where the unorganised market players have dominated with a marketshare of 72 per cent. Symphony controls 50 per cent of the organised air cooler market in India and is the largest branded player in India.

With the launch of GST in July 2017, the price differential that existed between organised and unorganised players will disappear. This would lead to a shift towards organised players like Symphony. The company is a zero-debt company. Its model is such that outsources manufacturing of air coolers to vendors and follows a cash-and-carry model for sales. To get access to the Chinese market, Symphony has acquired an air cooler brand called MKE.

The company has an asset-light model. Asset-light strategy allows the company to invest in innovation, branding, and launch of new products. It has derived 31 per cent of revenues in FY17 solely from the new product launches. Further, it has been aggressive towards its brand-building and has spent `41 crore during FY16-17 and has nearly 70 brands under umbrella. Analysts expect the air cooling industry to grow by 18 per cent CAGR over FY16-28 due to strong demand.

The company’s revenues and profit have clocked a double-digit CAGR of 19 per cent and 29 per cent, respectively, over the past five years. Symphony’s revenues grew 22.5 per cent to `184.25 crore in the second quarter of FY18 compared to the corresponding period last year, and its net profit witnessed a growth of 19.71 per cent. ICICI Direct in its research report says that the robust growth for Q2 FY18 is a result of re-stocking of inventory at dealer’s levels post GST implementation.

The company’s stock price has risen by 29.02 per cent in last one year. Brokerages houses like ICICI Direct and Yes Securities have a ‘Buy’ and ‘Accumulate’ recommendation, respectively, on the stock. “We model sales and earnings CAGR of 19 per cent and 12 per cent, respectively, in FY17-19 estimated. We use Discounted Cash Flow (DCF) method for valuation, arriving at the target price of `1650”, says an analyst who tracks the company at ICICI Direct. 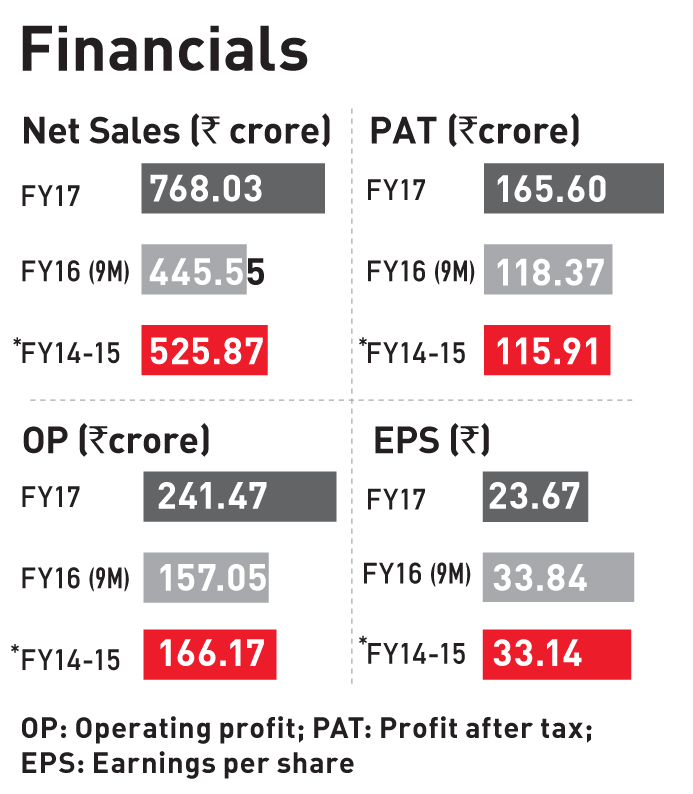 With business operations across 228 locations in India, CFL has disbursed loans worth `40,000 crore to 45 lakh customers, says Himali Patel 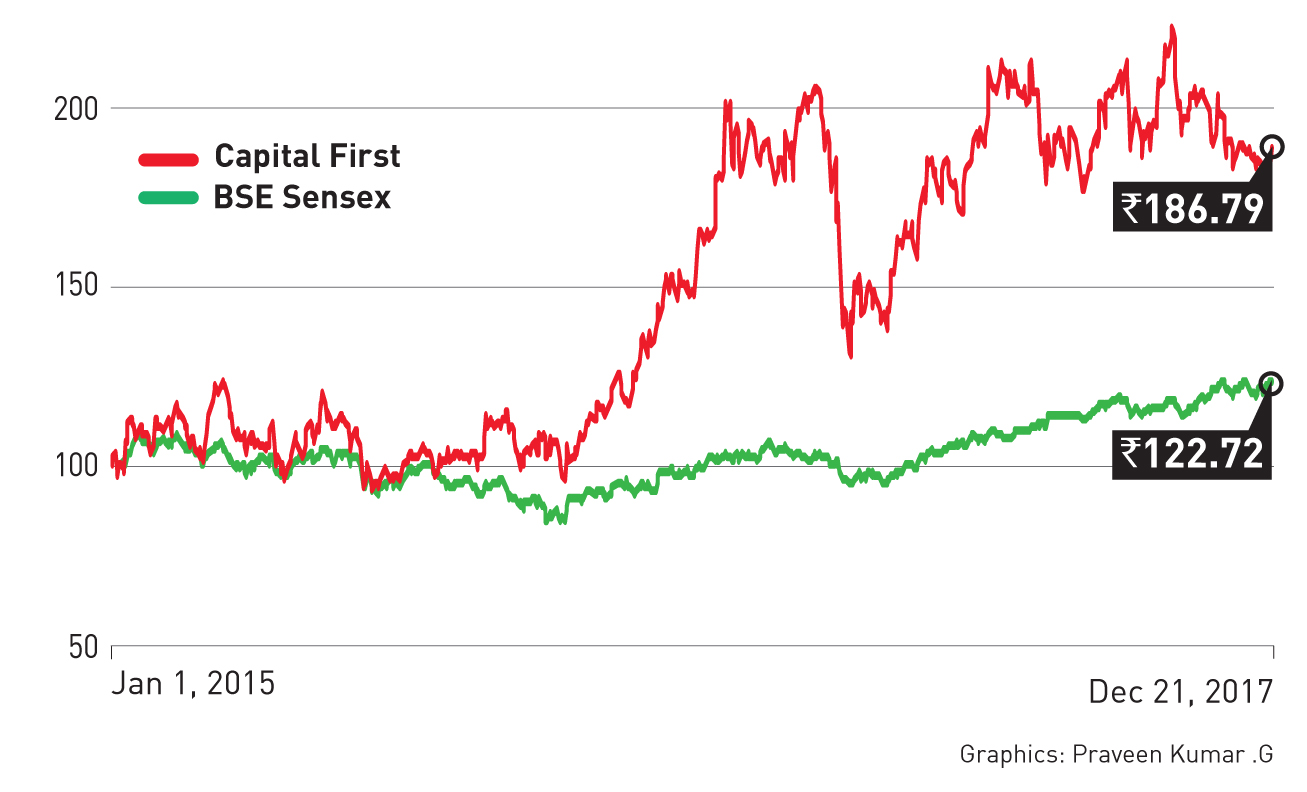 Identifying the best stocks can be difficult. But if the company has robust margins and the right balance of products, you could have a winner in hand. Capital First (CFL), an NBFC, is one such company that has earned a reputation for itself by creating a differentiated model to finance untouched segments in India’s 50 million micro, small and medium enterprises (MSMEs) space.

Founded in 2012, the company is into providing loan towards MSMEs, retail customers, (in the form of customer’s consumer durables loans, housing loans, and two-wheelers loans) and corporate customers. With the aid of its technology-led model, CFL has been able to spread its business operations across 228 locations in India. Till now, the company has disbursed loans worth over `40,000 crore to 45 lakh customers.

Company’s net profit has clocked CAGR of 40 per cent from `631 million to `2,390 million over FY 13-17. Its AUM has grown at a CAGR of 27 per cent over last five years. “The management aims approximately 25 per cent growth in its AUM in next two years,” says Axis Direct in its research report. Company’s ROE has improved from 2.28 per cent in Q1FY14 to 13.06 per cent in Q2 FY18, on the back of increased business operations coupled with healthy asset quality and net interest margin (NIM) expansion.

The management is confident in sustaining this trend and expects its ROE levels to go up by 18-20 per cent over the coming years. Asset quality has consistently remained stable as the company’s gross non-performing asset (GNPA) for Q2 FY18 stood at 1.63 per cent against 1.73 per cent in Q1 FY18. CFL’s NIM stood at 10.4 per cent, while the Net Interest Income was at `4.67 billion, growing at 48 per cent YoY. Chola securities research report highlights that the growth expansion of NIM was a result of favorable movements in cost of funds and yield on overall portfolio.

With the increase in productivity, better operating leverage, and expansion in newer stores, CFL’s consumer durables, two-wheelers and business loan segment is witnessing a growth, feels Axis Direct analyst. The company’s stock has returned 25 per cent in last one year. Many prominent broking firms like Axis Direct, Edelweiss Securities, Chola Securities has “Buy” call on the company. “We value CFL at 3.2x FY19 estimated price to adjusted book value (P/ABV) to arrive at a target price of `920”, says analyst who tracks the company at Axis Direct. 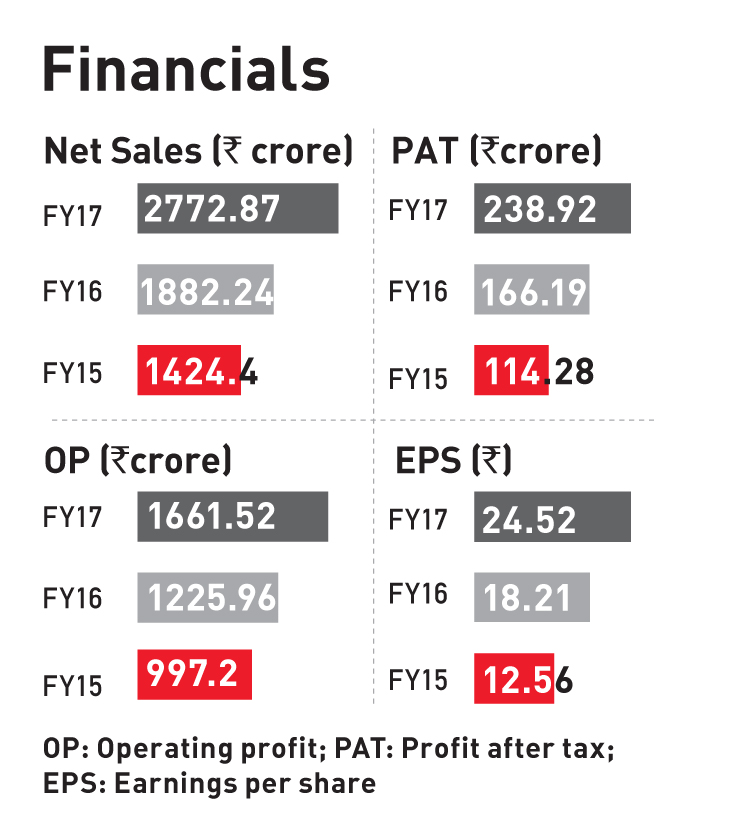 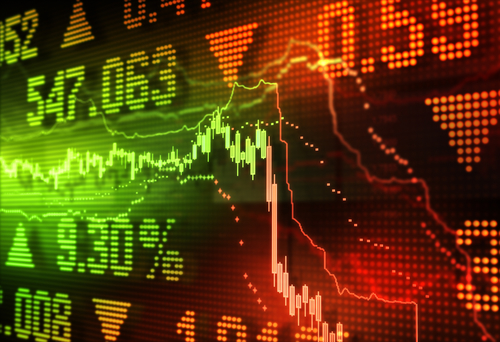