Home »  Finance »  Markets Getting Rattled By A Weakening Yuan 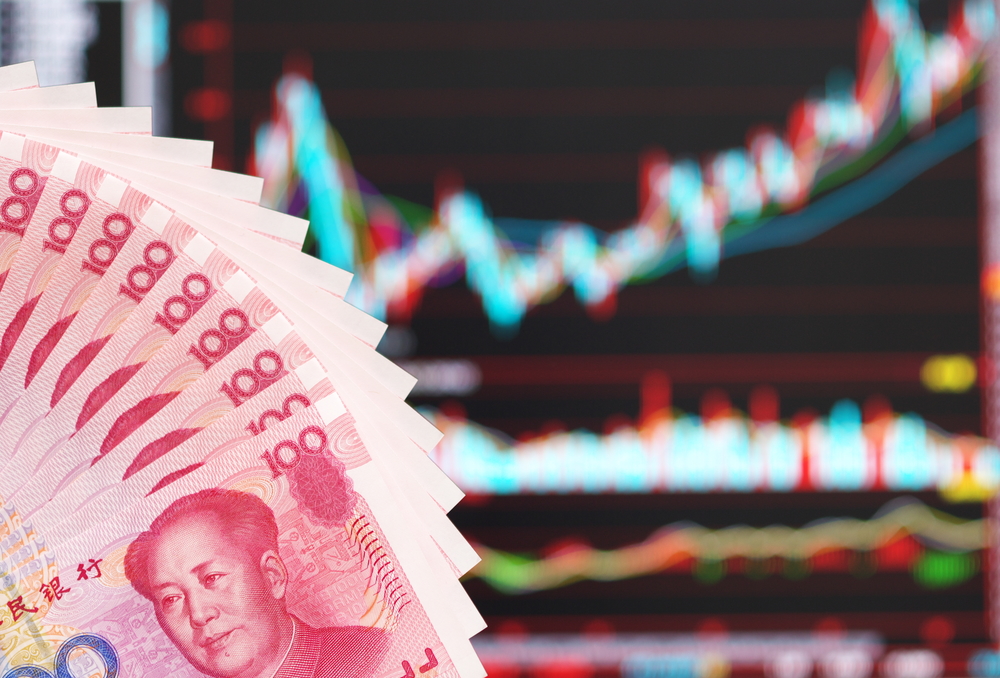 They say that a lot can happen over 24 hours. In the financial markets, 24 hours can indeed prove to be a lifetime. On Monday, 5th August 2019, China allowed its currency to weaken as the trade war with the United States took a turn for the worse.

On 1st August 2019, US President Donald Trump warned that he would soon impose a 10% levy on roughly USD 300bn-worth of Chinese goods that have not already been hit by the trade war. In retaliation, China gave its currency a free reign, giving its exchange rate unaccustomed freedom to fall. The yuan breached past the psychologically important barrier of seven to the dollar, a first in over a decade.

This prompted a selloff across global financial markets. Stock prices in America fell with the Dow Jones Industrial Average dropping by 2% and the S&P 500 closing lower by nearly 3%, while the yield on the benchmark 10-year U.S. Treasury note fell to 1.81%, the lowest since November 2016. Markets across Asia dropped by ~2%. Additionally, most Asian currencies, including the Indonesian rupiah, the Indian rupee and the South Korean won witnessed a sell off.

The decision to let their currency weaken is an attempt by China to combat the negative impact of the tariffs imposed by the United States. In an unusually blunt statement, the Chinese central bank put the blame for the currency fall on Mr. Trump’s “unilateralism and trade protectionism measures and the imposition of increased tariffs on China.”

A weaker currency can make goods cheaper to sell abroad, allowing businesses and consumers to help offset the impact of tariffs. Additionally, it also harms the American exporters as it makes their products relatively uncompetitive compared to China. Enterprises in China also halted new purchases of American agricultural goods in response to Mr. Trump’s decision to impose more tariffs. For Beijing, the options seem to be dwindling. Since China exports far more to the U.S. than it imports, the Chinese cannot continue their earlier strategy of matching Washington tit-for-tat on tariffs. Thus, this move to let the currency fall.

However, it is a fine balance for China. It cannot allow a much larger depreciation of its currency as it will want to avoid causing panic among foreign financial investors which might lead to an exodus of capital. Further, it can also not afford to make imports more expensive and crimp the purchasing power of the country’s consumers.

Relationships are currently tenuous, and it will take an immense amount of maturity and foresight to stabilise the current situation.