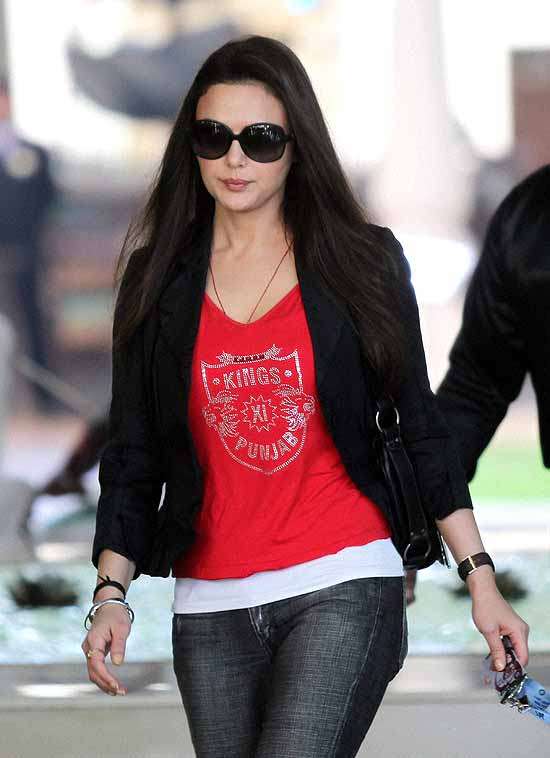 Mumbai Police has recorded statements of two persons in connection with the alleged molestation of Preity Zinta by her former boyfriend and industrialist Ness Wadia, but is unable to reach the Bollywood actress as she is out of the country.

"Statements of two persons, who were at the Garware pavilion in Wankhede stadium on May 30 when the alleged public spat between Zinta and Wadia broke out, were recorded last night," a police official involved in the investigation said.

However, police did not reveal the identity of the two persons and remained tight-lipped on what emerged in their statements. The investigators also wanted to record the statement of the 39-year-old actress but she is presently not in the country, the official said.

"After collecting some substantial evidence, we will summon Wadia," he said.

The investigators will also ask the actress to provide emails exchanged between her and her former boyfriend, which police say, would throw some light to understand the long simmering differences between the complainant and Wadia.

The 39-year-old actress had filed a police complaint on Thursday night alleging that she was molested by Wadia (44) inside Wankhede stadium on May 30 when an IPL match was played between Kings XI Punjab and Chennai Super Kings.

Zinta and Wadia had broken off their five-year-long relationship a couple of years back but continued to share business interest. Several players of IPL team Kings XI Punjab, of which Zinta is a co-owner with Wadia, its support staff, and officials of Wankhede Stadium were reported to have been present when the alleged incident took place.

Based on Zinta's written complaint, Marine Drive police have registered an FIR against Wadia under IPC sections 354 (assault or criminal force to woman with intent to outrage her modesty), 504 (intentional insult with intent to provoke breach of peace), 506 (criminal intimidation) and 509 (word, gesture or act intended to insult the modesty of a woman).

Meanwhile, Maharashtra State Women's Rights Commission, which had yesterday given a 24-hour ultimatum to arrest Wadia, today received a letter from Mumbai Police, which sought more time to probe the case.

The letter was received this afternoon from Marine Drive Police station stating that it required some information from Preity Zinta for further investigation, Chitra Wagh, member of Women Commission told PTI.

"Police are saying Preity is abroad now and hence she could not be reached. Investigators claimed they recorded some people's statements. They need to record Preity's as well as some other people's statement and need some more time for the investigation," Wagh added.

However, Commission was keeping eye on every development in the case, she stated.