'Zero Tolerance' For Corruption? All Measures Cited By Government Put In Place By UPA 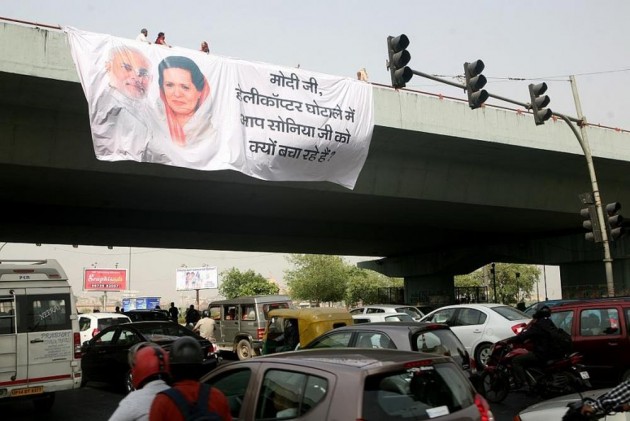 Print
A
A
A
increase text size
Outlook March 29, 2017 17:53 IST 'Zero Tolerance' For Corruption? All Measures Cited By Government Put In Place By UPA

The Government today cited eight anti-graft measures, all put in place by the erstwhile Congress-led UPA dispensation, as initiatives to implement its policy of "zero tolerance" to corruption.

In a written reply to Lok Sabha, Minister of State for Personnel, Public Grievances and Pensions, Jitendra Singh said, "the central government is fully alive and committed to implement its policy of 'zero tolerance against corruption' and has taken several measures to combat corruption and improve functioning of the Government."

He said the steps "inter alia" include Right to Information Act, inclusion of integrity pact in major purchases, ratification of United Nations Convention against corruption, placing of assets of government officers in public domain, setting up of additional special CBI courts, introduction of e-governance and direct benefit scheme.

All these steps were initiated by the erstwhile UPA government, during its two terms between 2004 and 2014, led by the then Prime Minister Manmohan Singh.

During the 2014 general elections, Congress was blamed by the BJP for corruption and going soft on corrupt elements.

The Right to Information Act (RTI) was enacted in the year 2005 which allowed people to get information on the payment of Rs 10 without giving any reason.

The Central Vigilance Commission had recommended the organisations to adopt integrity pact in major procurement activities in the year 2007.

The United Nations Convention Against Corruption (UNCAC) was ratified in the year 2011.

The details of immovable assets of group A officers started to be put in public domain as per orders of the Government on April 11, 2011.

It was decided by the then UPA government to set up 71 Additional Special Courts for CBI cases in the country of which 54 became functional between 2009 and 2011.

The e-governance and simplification of procedure and systems was initiated in National e-Governance Action Plan (NeGP) sanctioned in the year 2006.

The program is now subsumed under Digital India.

The Direct Benefit Transfer initiative was started on January 1, 2013.

Continue FREE with Ads Pay Rs. 1 to Read Without Ads
READ MORE IN:
National
Next Story : 'Trump's Order On Climate Change Could Unravel Paris Accord'
Download the Outlook ​Magazines App. Six magazines, wherever you go! Play Store and App Store