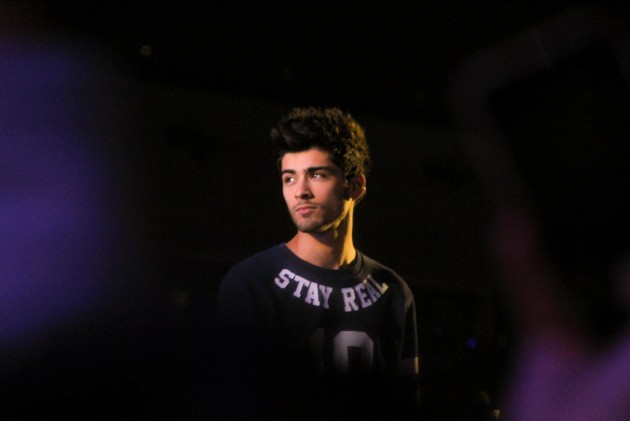 The British Pakistani singer was today voted the sexiest Asian of the year pushing Hrithik to the second position.

The is the second consecutive year that Zayn, 23, is on top of the list. The former One Direction member won the annual poll conducted by London-based weekly newspaper Eastern Eye in 2015 as well.

"The singer/songwriter showed comprehensively there was life after boy band One Direction with a rip-roaring start to his solo career.

"It was as if he struck a match, casually threw it at the world and stepped back to watch a wildfire sweep across the continents with his songs burning up the charts," said Asjad Nazir of Eastern Eye.

The third spot on the list went to Pakistani actor Fawad Khan with Indian television star Ashish Sharma and superstar Salman Khan completing the top five in the poll conducted on social media.

The highest placed newcomer in this year's list is 24-year-old Indian television actor Param Singh (19). Shah Rukh Khan was on number 17 in the list.

Pakistani tea-stall seller Arshad Khan has also made it to the list at number 31. He is the first man to ever be included as an editor's choice.

"Impoverished teenager Arshad Khan broke the Internet earlier this year when his photograph serving tea sent females around the world into a frenzy.

"He has since been plucked from obscurity and gained global media attention along with a new career in modeling. He makes the list for representing the everyday man and for showing the most impossible dream can come," said Nazir.