Zakir Naik's IRF In HC Against Its Immediate Ban 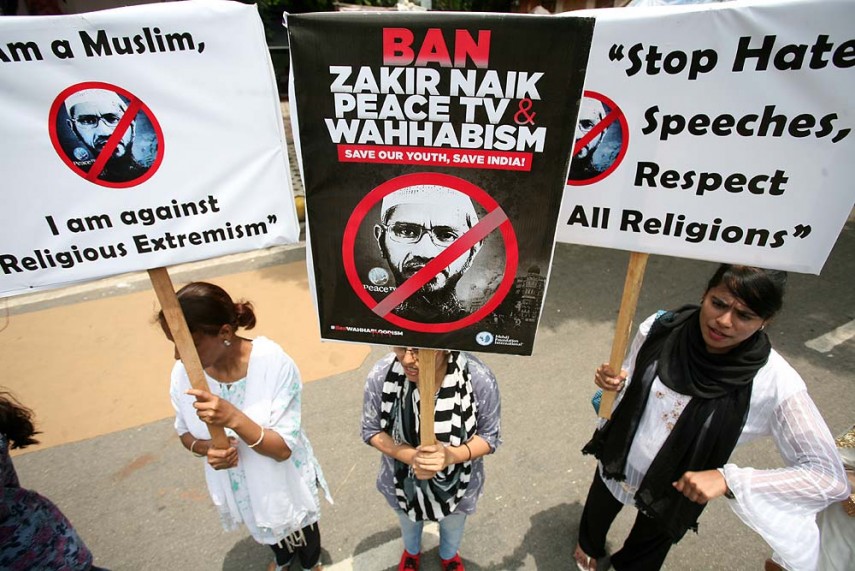 Print
A
A
A
increase text size
Outlook January 13, 2017 13:57 IST Zakir Naik's IRF In HC Against Its Immediate Ban

Justice Sanjeev Sachdeva, before whom the matter was listed, heard part arguments on behalf of the organisation and the Centre and asked the government to produce the relevant record on January 17 so that the court can see whether there was material for urgent ban of IRF.

IRF, in its plea, has challenged the November 17, 2016, notification of the Ministry of Home Affairs (MHA) which had imposed an immediate ban on the organisation under UAPA.

According to IRF, the notification gives no reason and cites no material for taking such a step as was required by the law laid down by the Supreme Court.

It said the immediate ban was imposed without giving them any show cause notice.

As per the Centre's notification, read out in the court by Additional Solicitor General (ASG) Sanjay Jain, the need for taking the "urgent step" was felt in view of the apprehension that Indian youths could be "radicalised" or "motivated" by the alleged statements and speeches made by IRF and its members, including its President, Naik, to join terror groups like ISIS, which is a cause of global concern.

Opposing the maintainability of the plea, the ASG said the government did not want to wait for some "catastrophic" incident or "pralay" to happen before taking a decision.

He argued the notification mentions that Naik was making statements which not only allegedly extolled Osama bin Laden but also promoted terrorism.

He also said that as per the notification, Naik was also accused of making statements which were "derogatory of other religions" and thus, "spreading communal disharmony".

He said that Mumbai Police had already lodged an FIR against six others of IRF on a complaint by the father of a Kerala-based youth who joined ISIS.

ASG Jain further said that some terrorists and ISIS sympathisers arrested by the authorities have allegedly claimed "they were inspired by the fundamental statements made by IRF".

The ASG said the matter is now before the Tribunal, set up under the UAPA, which will take up the issue on February 6 on which date the organisation will be provided all the affidavits filed by the government.

IRF, on the other hand, contended that dates or content of the alleged speeches and statements have not been mentioned in the notification.

It also said the Tribunal refused to accept or admit, before February 6, its plea challenging the immediate ban and thus, it had to come to the high court.

It said that it was limiting its plea to the immediate ban and not raising the issue of freezing of its accounts under the Foreign Contribution Regulation Act.

Continue FREE with Ads Pay Rs. 1 to Read Without Ads
READ MORE IN:
Zakir Naik National
Next Story : Our Moon is Much Older Than Thought: Study
Download the Outlook ​Magazines App. Six magazines, wherever you go! Play Store and App Store