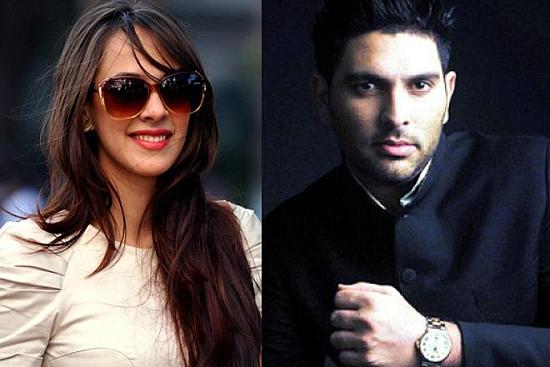 The private life of the 33-year-old all-rounder, who is currently not in the national team, has been a subject of speculation after Hazel accompanied him to the wedding of his teammate Harbhajan Singh recently.

The 28-year-old Hazel, a British-born, has acted in a few hindi movies besides doing TV commercials.

Despite the media speculation, Yuvraj has denied talk of marriage, which is reportedly set for February next year.

As per reports, the couple will tie the knot in a traditional ceremony at the Hansaliwale Gurdwara in District Fatehgarh Sahib near Chandigarh.

Yuvraj was Player of Tournament in the 2011 World Cup before his career took a hit due to a cancerous tumor in his left lung for which he underwent chemotherapy treatment in the USA.