'Your Film Would've Run If Hero Hadn't Slept Through The Night,' Gadkari's Jibe At Digvijaya Over Goa 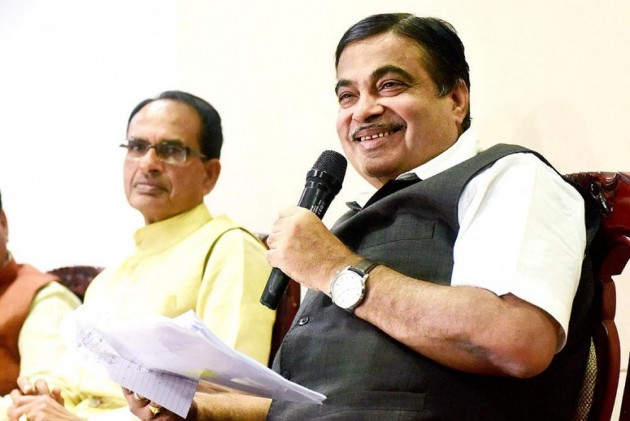 Print
A
A
A
increase text size
Outlook April 07, 2017 16:23 IST 'Your Film Would've Run If Hero Hadn't Slept Through The Night,' Gadkari's Jibe At Digvijaya Over Goa

"Your film would have run if your hero had not slept through the night," Union Minister Nitin Gadkari said today, taking a swipe at the Congress in-charge of Goa for the party's failure to form government there.

Gadkari's repartee in the Lok Sabha came after Congress leader K C Venugopal took a jibe at him for playing the role of a "villain" in installing a BJP government in Goa despite winning only 13 seats by the party in 40-member assembly.

Participating in a debate over the Motor Vehicles (Amendment) Bill 2016, Venugopal heaped praise on Gadkari for being "sincere" and doing a "very good" job as Union Road Transport Minister.

As opposition members were complimenting Gadkari, Venugopal, in a lighter vein, spoke about Gadkari's role as a "villain" in Goa after the assembly polls, to which the Union Minister sought to blame Singh for Congress' failure to form a government in the state.

Congress has accused the BJP of using unfair means to attain a majority in Goa. The BJP has rejected the charges saying the Congress did not have the numbers and was only creating a hype. Congress had won 17 seats in the polls.

Kharge, complimenting Gadkari for his performance as a Union Minister, pointed towards empty treasury benches suggesting there was not much appreciation for his work as a large number of BJP members were absent when an important bill has been introduced by him.