'You Have No Sense of Responsibility,' A Shocked NGT Raps Sri Sri Ravi Shankar 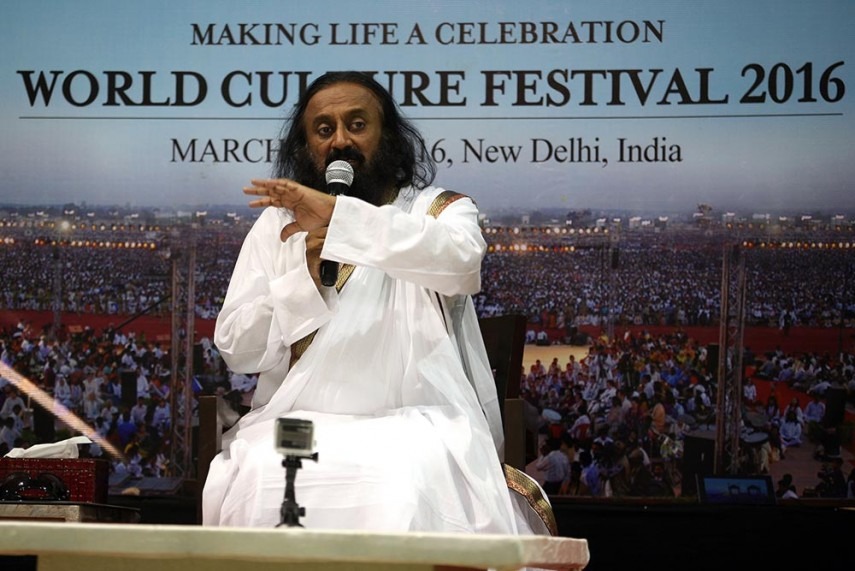 Print
A
A
A
increase text size
Outlook April 20, 2017 12:59 IST 'You Have No Sense of Responsibility,' A Shocked NGT Raps Sri Sri Ravi Shankar

The National Green Tribunal today slammed the Art of Living over its founder Sri Sri Ravi Shankar blaming the Centre and the green panel for damage to the Yamuna floodplains, terming it as "shocking".

"You have no sense of responsibility. Who gave you liberty to speak whatever you want to. It is shocking ," a bench headed by NGT Chairperson Justice Swatanter Kumar said.

The observations came after advocate Sanjay Parikh, appearing for petitioner Manoj Misra, informed the bench about Ravi Shankar's recent statement blaming the government and the NGT for permitting his NGO to hold the World Culture Festival on the floodplains of river Yamuna.

Parikh told the green bench that the spiritual guru has gone to the extend of levelling allegations against the NGT.

The lawyer said that Sri Sri had posted the statement on the website of the Art of Living, his Facebook page and also addressed the media on the same in a written statement.

The bench then directed the foundation and other parties in the case to file their response and objection within two weeks and posted the matter for further hearing on May 9.

On April 18, Ravi Shankar had blamed the government and the NGT for permitting AOL to hold the festival on the Yamuna river bed and said they should be held responsible if any environmental damage was caused.

The AOL head said the foundation had obtained all necessary permissions, including from the green panel, and the event could have been stopped in the beginning itself if river Yamuna was so "fragile and pure".

An expert committee had told the NGT that a whopping Rs 42.02 crore would be required to restore Yamuna floodplains which was ravaged due to a cultural extravaganza organised by AOL last year.

The expert panel has suggested that there would be two components of rehabilitation plan -- physical and biological, and they would cost Rs 28.73 crore and Rs l3.29 crore respectively, besides additional ancillary expenses.