'You Are A Role Model For Me', Aamir Khan Tweets in Support of Dangal Co-Star Zaira Wasim 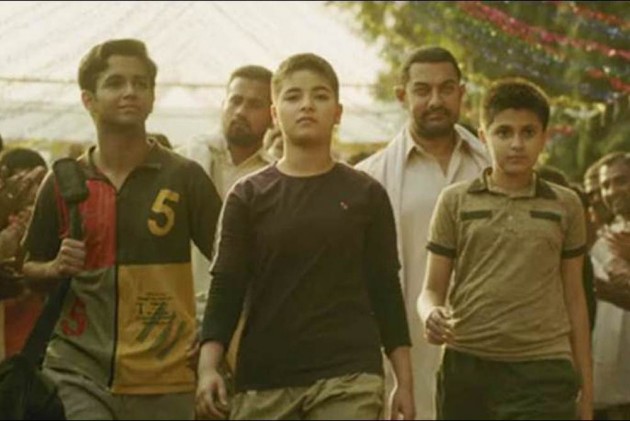 Print
A
A
A
increase text size
Outlook January 17, 2017 14:11 IST 'You Are A Role Model For Me', Aamir Khan Tweets in Support of Dangal Co-Star Zaira Wasim

Superstar Aamir Khan has come out in support of his Dangal co-star Zaira Wasim following her Facebook apology that she posted after being trolled for meeting Jammu and Kashmir Chief Minister Mehbooba Mufti.

The 51-year-old actor said Wasim, who shot to fame with her portrayal of the younger version of Geeta Phogat, is a role model for him even as he appealed people to "leave her alone".


"I have read Zaira's statement, and I can understand and imagine what lead her to make that statement. Zaira, I want you to know that we are all with you.

"The beauty is that bright, young, talented, hardworking, respectful, caring and courageous kids like you are role model for kids not only in India, but across the world. You certainly are role model for me! May god bless you. Love Aamir," he posted on Twitter.

"PS: I appeal to everyone to now leave her alone and respect the fact that she is just a 16 year old girl trying her best to deal with life," he added.

16-year-old Zaira yesterday posted an apology for "offending" and "unintentionally hurting" people after her meeting with Mehbooba kicked up a row.

She replaced her first post with another one, asking people not to blow the issue out of proportion but deleted this post too.

Wasim also denounced her performance in the movie, saying she should not be looked up as a "role model".