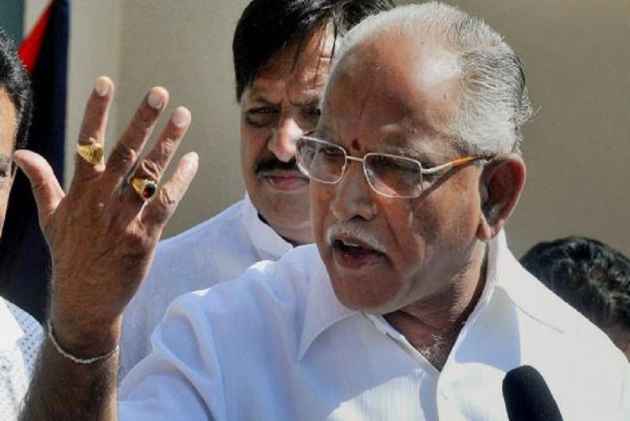 Downplaying allegations against State Bharatiya Janata Party (BJP) Chief B.S. Yeddyurappa of eating breakfast brought from a nearby hotel at a Dalit household in Tumakuru, the BJP while defending its chief said the allegations are purely politically motivated.

"The Congress and the JD (U) are losing ground in Karnataka. To compensate for this, they are fabricating charges against Yeddyurappa. The allegations are totally false," BJP leader S Prakash told ANI here.

Drawing upon the former Chief Minister's efforts in uplifting the socially backward strata in the state, Prakash said the former has always propagated social harmony, rather than gaining support purely as a means of 'votebank politics'.

"During his tenure as CM, Yeddyurappa implemented around 25 to 30 schemes for the welfare of the Scheduled Castes and Scheduled Tribes. It is this popularity that is being targeted by the opposition. I'm sure the Dalit community will not misunderstand," he added.

During his visit to Tumakuru district on Friday, the former Chief Minister who was accompanied by other party members visited the residence of a Dalit family where he allegedly ate 'idlis' from a nearby hotel and not the food prepared by the family, thus inviting trouble on grounds of promoting untouchability and caste discrimination.

Claiming his act would spark off negativity in the community, a young man from the family lodged a complaint with the police.

Dismissing claims of disrespecting the family, a BJP spokesperson painted the allegations as a political move, adding that those who raised the issue must immediately apologise to the family.

Yeddyurappa had received flak over a similar situation earlier in Tumakuru where he was photographed eating "tatte idli" at a Dalit's house at Gubbi. (ANI)