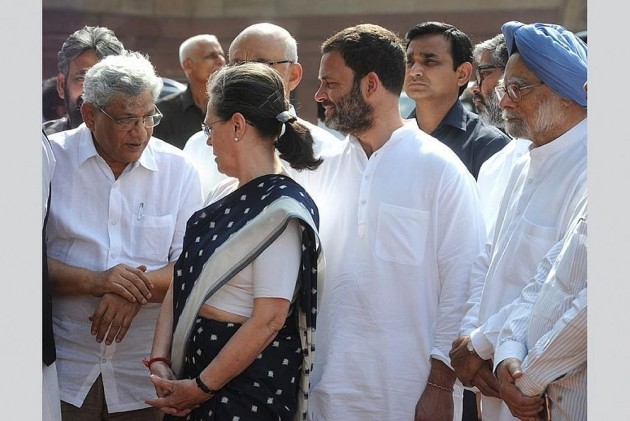 CPI(M) general secretary Sitaram Yechury met Congress chief Sonia Gandhi and is learnt to have discussed the possibility of "like-minded" opposition parties fielding a common candidate for the presidential poll.

The meeting followed a discussion between Gandhi and Bihar Chief Minister and JD(U) president Nitish Kumar on the issue yesterday, sources said.

"Yechury and Gandhi discussed the possibility of fielding a candidate acceptable to all secular opposition parties. Gandhi responded positively to a suggestion in this connection by the CPI(M) leader," a source in the Left party said.

The CPI(M) has also held informal discussions on the issue with NCP supremo Sharad Pawar and RJD chief Lalu Prasad.

"The opposition leaders are likely to meet shortly to discuss the issue formally," the source said.

Asked if President Pranab Mukherjee, a Congress veteran, could be fielded as the common candidate by the opposition parties, the source said "he maybe ... If all parties agreed (to the proposal). But again, it is subject to whether Mukherjee wants to continue as President."

Mukherjee's tenure as President is coming to an end on July 24.He had taken over the post in July 2012, defeating the NDA candidate, late PA Sangma.

Mukherjee had secured 7.13 lakh votes as against 3.15 lakh polled by Sangma.

Continue FREE with Ads Pay Rs. 1 to Read Without Ads
READ MORE IN:
Sitaram Yechury Sonia Gandhi National
Next Story : 'How Can You Make Aadhaar Mandatory When We Passed An Order To Make It Optional', SC Asks Centre
Download the Outlook ​Magazines App. Six magazines, wherever you go! Play Store and App Store