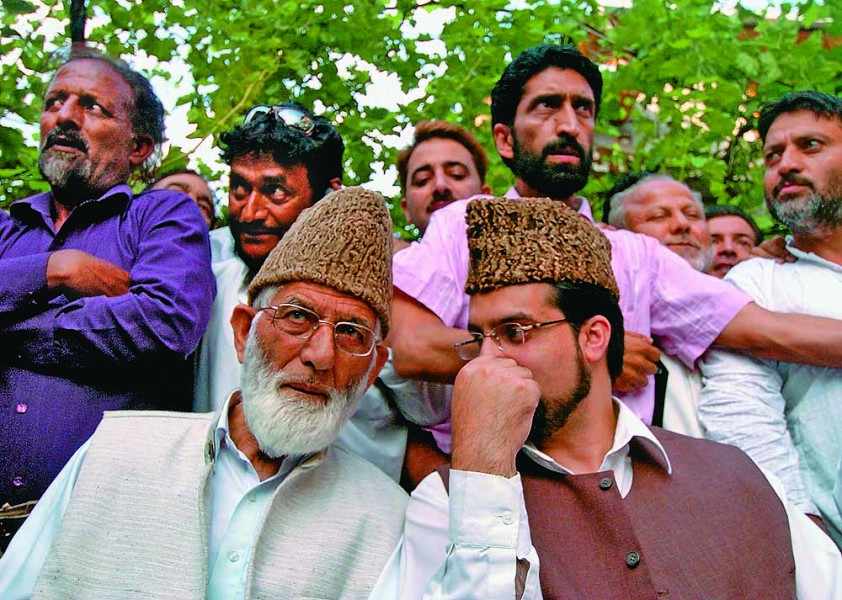 The delegation led by Sinha called on Geelani at his residence in Hyderpora area of the summer capital here.

Before meeting Geelani, Sinha told reporters that they had not come as a delegation.

"We are few people of goodwill who have come here on the basis of humanity. The aim is to share the pain and sufferings of the people. If we can do that, we will consider ourselves as fortunate," he said.

Asked if the team will be meeting other separatist leaders like Mirwaiz Umar Farooq and Mohammad Yasin Malik, Sinha said they are trying to meet everyone.

In response to a question about timing of the visit, the former Finance Minister said, "That is an eternal question why did you not do it before. We are doing it at a time which is quite appropriate."

Asked if they had been invited by the separatists, Sinha said, "We do not have an invitation (from Geelani). We had requested (for a meeting) and we are going to see him."

The other members of the delegation are Wajahat Habibullah, the former chairman of National Commission for Minorities, Kapil Kak, former Air Vice-Marshal, journalist Bharat Bhushan and Sushoba Barve of Centre for Dialogue and Reconciliation.

Mirwaiz was released from Chesma-Shahi sub-jail late last night where he was lodged on August 27.

Geelani, Mirwaiz and JKLF chief Yasin Malik have been jointly issuing weekly protest programmes ever since the unrest started in the Valley.