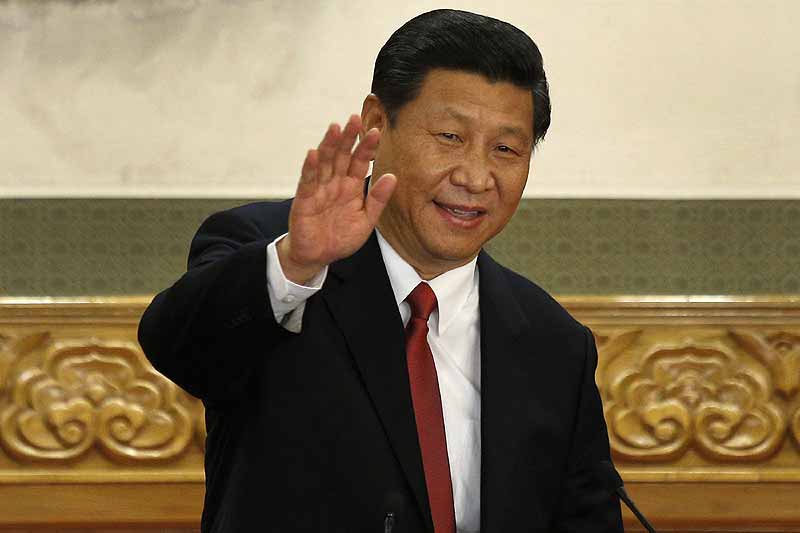 Xi Jinping was today appointed the new General Secretary of China's ruling CPC in a smooth power transition that ushered in a fifth generation of leaders to steer the world's second largest economy over the next decade, ending the 10-year reign of President Hu Jintao.

59-year-old Xi, who was the Vice President till now, will replace Hu as President in March, while Li Keqiang, 57, will succeed Prime Minister Wen Jiabao.

Xi was also named the chief of the 2.3 million-strong People's Liberation Army (PLA), the world's largest standing military, allowing the new leader to have a free hand in running the most populous nation.

The fifth generation of CPC leaders was formally unveiled to the media at the cavernous Great Hall of People overlooking Tiananmen Square in an event telecast live all over the country, bringing an end to the intense jockeying for power among various sections of the world's biggest political party having reported membership of over 80 million.

Former President Jiang Zemin took the centre stage at the week-long 18th Party Congress, both at its inaugural and valedictory meetings sitting between Hu and Wen.

Ten years after his retirement as CPC chief, Jiang, 86, continued to be "backroom boss" of the Party earning the tag of "king maker" as most of the leaders who got elected to the Central Committee yesterday were reportedly close to him.

In a wide-ranging speech after his appointment as CPC chief, Xi said corruption and alienation of party officials from people were the main problems confronting the country.

"Under the new conditions, our Party faces many severe challenges, and there are also many pressing problems within the Party that need to be resolved, particularly corruption, being divorced from the people, going through formalities and bureaucratism caused by some Party officials," he said. "We must make every effort to solve these problems."

As per the Constitution of the party, its top leadership retires every ten years.

The Standing Committee has been reduced from nine members to seven, a move Chinese officials say is aimed at improving the coordination of the collective leadership.

Members of the Standing Committee and Politburo are chosen by party's new Central Committee comprising 205 members and 171 alternate members.

Besides, the party Congress, which meets every five years, the Central Committee is the supreme policy-making body.

The new Committee was elected "through secret ballot" yesterday on the last day of the week-long 18th Party Congress here.

While the new leaders would assume charge of the Party from today, they would formally take over their roles in government from March next year, when the national legislature called the National People's Congress holds it annual session.

Until then Hu and other leaders would continue in their government posts.

The outgoing Standing Committee headed by Hu and eight other leaders, including Wen formally retired from the helm of the Party.

On the face of it, the once-in-a-decade transition of power appeared smooth against the backdrop of a major conflict involving disgraced leader Bo Xilai, regarded as pro-Maoist who was trying to revive hard-line socialist policies opposing the leadership's reformist ideologies.

On his part, the new leader Xi has worked his way up skillfully making use of his 'princeling' background.

Rising from a village head to a state leader, Xi carried the tag of a "hereditary" Communist for being the son of a former Deputy Prime Minister, who was later persecuted by CPC founder Mao Zedong.

A graduate in Chemical Engineering from China's prestigious Tsinghua University, Xi became well-known after he married Peng Liyuan, a famous Chinese folk singer who was widely popular in 1980s.