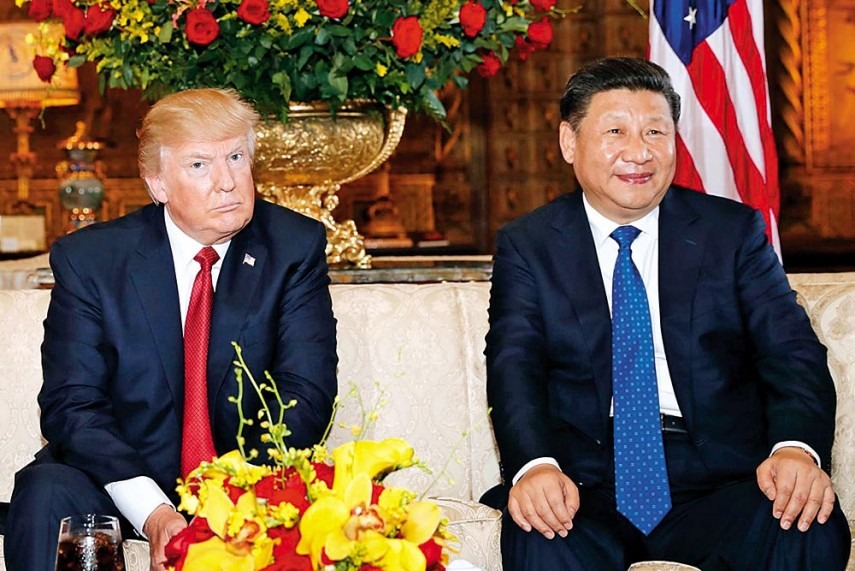 Chinese President Xi Jinping today asked his US counterpart Donald Trump to avoid remarks and actions that could escalate the already-tense situation in the Korean Peninsula as the two leaders reaffirmed their commitment to denuclearise the region.

The two leaders spoke over phone to discuss the escalating tension after North Korean leader Kim Jong-Un threatened the US this week to fire missiles at Guam, a US island territory, after the US sponsored a resolution imposing new economic sanctions on Pyongyang over its missile and nuclear weapons programmes.

Xi told Trump that China is ready to work with the US to "appropriately resolve" the issue, state-run Xinhua news agency reported.

"The concerned parties should avoid remarks and actions that could escalate tensions on the peninsula," Xi was quoted by the report.

"The relevant side must at present exercise restraint, and avoid words and actions that exacerbate tensions on the Korean peninsula," the report paraphrased Xi as saying

The two countries should strive to resolve the issue through dialogue and negotiation to reach a political solution, Xi said.

Trump warned North Korea it faced "fire and fury like the world has never seen" if it continued to threaten the United States with its missile and nuclear programs.

Xi told Trump that China is willing to keep close contacts with the US, on the basis of mutual respect, to seek a sound settlement on the issue, he added.

Xi said he had a productive meeting Trump on the side- lines of the Group of 20 Summit last month in Hamburg, Germany.

Maintaining close contacts between the two leaders on issues of common concern is "very important for the development of the China-US relations," Xi added.

He urged the two sides to enhance dialogue and communication in accordance with the consensus previously reached, promote exchanges and cooperation in various fields, and appropriately deal with each other's concerns, so as to ensure healthy and stable advancement of bilateral ties.

Furthermore, the Chinese president said that Beijing places high value on Trump's state visit to China later this year, urging both sides to make good preparations for the visit.

Trump also stressed the importance of maintaining close contacts between the two leaders on major issues and strengthening exchanges between their countries at all levels as well as in various areas, the report said.

Trump also said he is looking forward to his state visit to China.

On the Korean nuclear issue, Trump said the US fully understands China's efforts in resolving it, and is willing to continue to keep close contacts with Beijing on major international and regional issues of common concern, the report said.