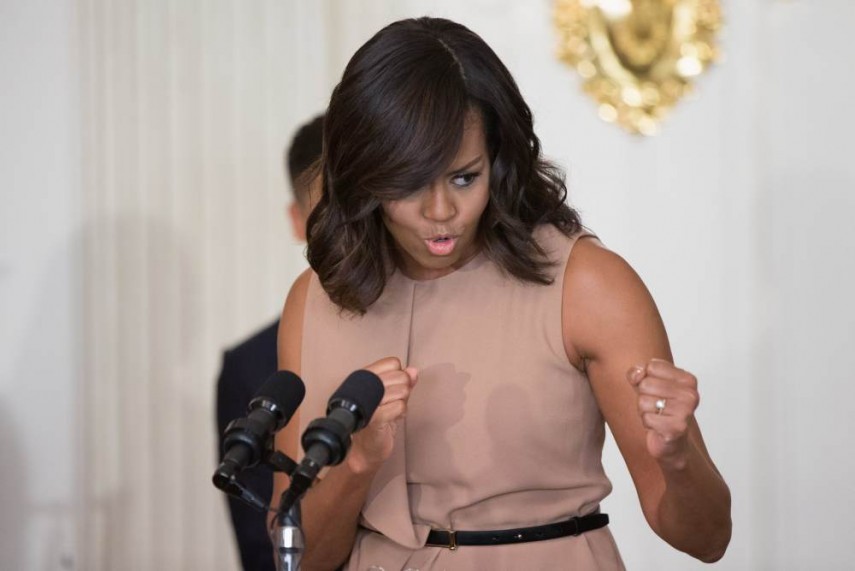 The mayor of Clay, West Virginia, has resigned and another county official is out following their exchange over a racist Facebook post that compared US first lady Michelle Obama to an "ape in heels."

The county employee, Pamela Taylor, worked as director of the Clay County Development Corporation and wrote on Facebook: "It will be so refreshing to have a classy, beautiful, dignified First Lady back in the White House. I'm tired of seeing a (sic) Ape in heels," according to a screen-grab obtained by WSAZ, a local news channel.

Mayor Beverly Whaling commented on the post saying: "Just made my day Pam," the screen-grab shows.

Clay County Commissioner Greg Fitzwater confirmed that Whaling resigned, but did not know if Taylor was terminated or resigned her post. But he said that she was no longer working for the county.

Whaling is mayor of the town of Clay, which has a population of just 491. It has no African American residents, according to the 2010 census. In Clay County as a whole, more than 98 per cent of its 9,000 residents are white.

CNN reported that it attempted to reach both Whaling and Taylor for comment and have not heard back.

The controversial Facebook post had spread across United States and international media outlets, and a petition calling for both women to be terminated from their positions has collected over 85,000 signatures.