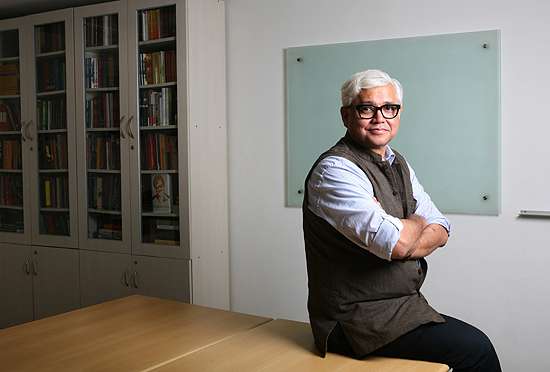 Eminent Indian-American novelist Amitav Ghosh has said that he decided to make the Sea of Poppies into the Ibis trilogy because he wanted to spend more time with the characters of his book.

"I found these characters so interesting that I knew I wanted to spend a very long time with them. I knew that three years, four years would not be enough. One book would not be enough," 58-year-old Ghosh said at the Kolkata Literary Meet last evening.

After the Sea of Poppies (2008) and River of Smoke (2011), the third part of the Iblis trilogy Flood of Fire would be released later this year in May.

"One of the reasons why I decided to write it over a period of ten years was precisely so that I could live with these characters for a very long time just to see how their lives evolve," Ghosh said.

The writer, known for his historical fictions, said that one of the worst things about being a novelist is that when you finish a book you have to take leave of your characters, some of them even die.

"And thats actually an incredibly wrenching thing when you have been living with these people who in your head are completely real, as real as your friends and then suddenly the day comes when the book is out of your hands and you just have to say goodbye to them. Thats completely wrenching," Ghosh said.

When asked whether he had figured out the plot from day one, he said, "Now I can see that this trilogy is destined to end where it ends but even when I started writing the first book I had no idea."

When he started writing, he had ideas for a character, few visual images and ideas of who they are and what they look like.

"But those are just smatterings, you build upon that," he said adding that he added little threads and sub-plots which could be utilised later on.

'Flood of Fire' is based on the first opium war between China and Britain.