Would Take Up HCU Issue With PM: Rao 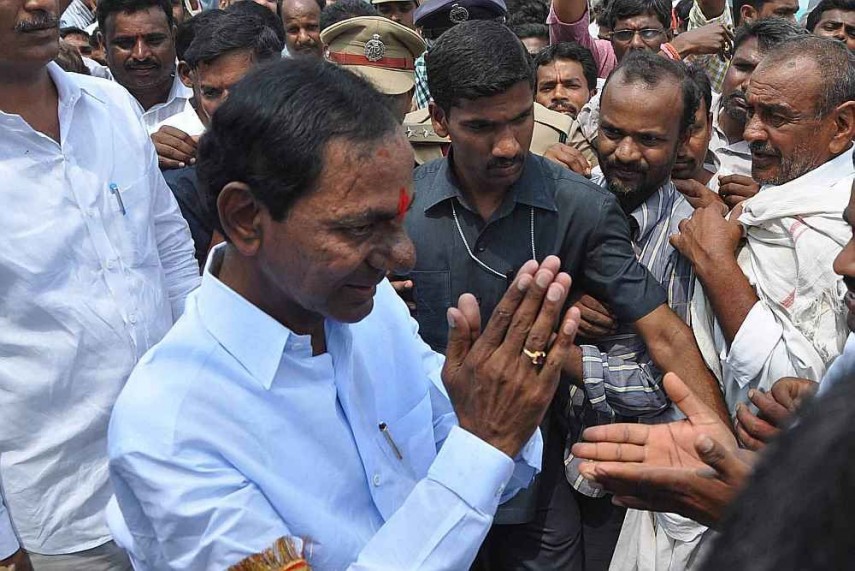 The Chief Minister's comments came during a debate in the Legislative Assembly.

MIM MLAs and some other parties demanded that Appa Rao be recalled, as sought by the students agitating against Rohith Vemula's suicide. MIM floor leader Akbaruddin Owaisi said the Assembly should pass a resolution seeking the VC's recall.

The Chief Minister also assured that he would take action after an investigation if the police were found to have committed any excesses while dealing with the students who protested resumption of duty by the VC.

Several students have been arrested for vandalising the VC's residence.

Pointing out that HCU does not come under the state government's jurisdiction, the Chief Minister said a resolution (by Assembly) for recall of Appa Rao may not be appropriate.

Rao, who expressed anguish over the death of Dalit research scholar Rohith Vemula at HCU, said Vemula hailed from Andhra Pradesh and details of the matter will have to come from there.

During the debate, Home Minister Nayani Narasimha Reddy said it had been established that Vemula was not a Dalit, but belonged to the Vaddera community.

Referring to his comments, Congress MLA Sampath Kumar asked whether any action was taken against the officials who gave the Scheduled Caste certificate to Rohith Vemula if he was not a Dalit.

On an alleged attack on the Congress MLA at Osmania University here in the aftermath of a dead body being found, the Chief minister said Kumar had not made any complaint.

There were sharp exchanges between Congress, TRS, MIM and BJP MLAs. Congress's M Bhatti Vikramarka said the CM should have visited the HCU campus.

Alleging that the NDA government tried to suppress the downtrodden sections, Kumar also attacked the TRS government for not taking action though law and order was under its ambit.

Owaisi alleged that police treated the girl students badly, and asked why those who keep talking about 'Bharat Mata' were silent on this. To this, BJP floor leader K Laxman referred to MIM's stand on Yakub Memon execution issue.

Earlier, the House saw repeated adjournments with the opposition Congress insisting on debate on the HCU issue.