Would Have Sent Modi to Jail Had I Been in Delhi: Mamata 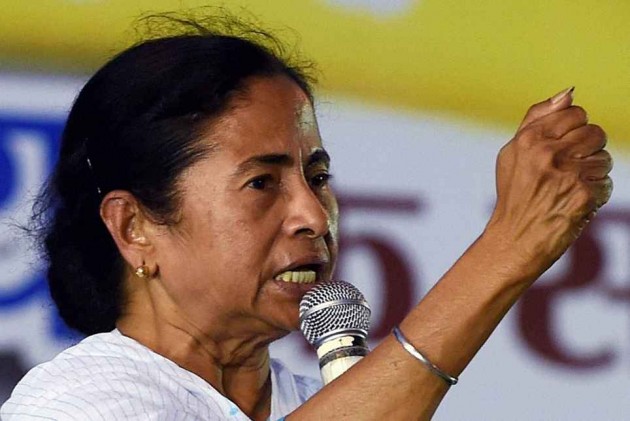 Mamata Banerjee today attacked the Congress alleging it was 'cocooned in fear' and did not have the guts to act against the BJP and said had she been in Delhi she would have sent Narendra Modi to jail.

"They (Congress) have no guts. It is a party cocooned in fear. They survive through understanding and play got-up matches and indulge in match-fixing. Not a single word against Narendra Modi. It (Congress) is in head over heels in love with Narendra Modi," Banerjee, the Trinamool Congress chief, told an election rally here in Murshidabad district.

"Had I been in Delhi in place of Congress, I would have sent Narendra Modi to jail by tying a rope around his waist," she said hitting out again at the BJP Prime Ministerial candidate for his remark that illegal Bangladeshi immigrants would be sent packing after May 16.

"Had the Congress party initially exerted pressure on BJP, it would not have dared to talk so much now," Banerjee, the Chief Minister, said.

Stating that an impression was being created that Modi had already become the PM, she said "Before the birth of the child, the date of marriage that is of Modibabu, is fixed and also who would bride and bridegroom.

"It is due to the abetment of Congress and the CPI(M) the Congress will form the bridegroom's retinue while the RSP will follow the bride," she said.

"The people will have a feast and you all be driven away from the country after May 16. Minority brothers and sisters have you not heard that you will be driven out after May 16?" Banerjee asked.

Taunting Modi she said "I tell you, get ready with your baggage. When counting is over people of Bengal will drive you out.

"I am in charge of the Ma, Mati Manush people's government in Bengal. Even becoming PM he has no right bypassing the state government to take a decision. It is a law and order subject, it is not your subject," she said.

Asking the Gujarat Chief Minister to know the law and the country, she alleged that he was trying to divide Bengalis and non-Bengalis and speaking about driving out minorities and giving certificate of citizenship to the Matuas.

"What will you give? They are citizens for long," she said.

Pillorying the Congress, BJP and CPI(M) together she said "Congress supports corruption. The BJP stands for riots and CPI(M) has destroyed Bengal. The Congress and the CPI(M) are responsible for the rise of BJP."