World's at War, but Not a War of Religions: Pope Francis 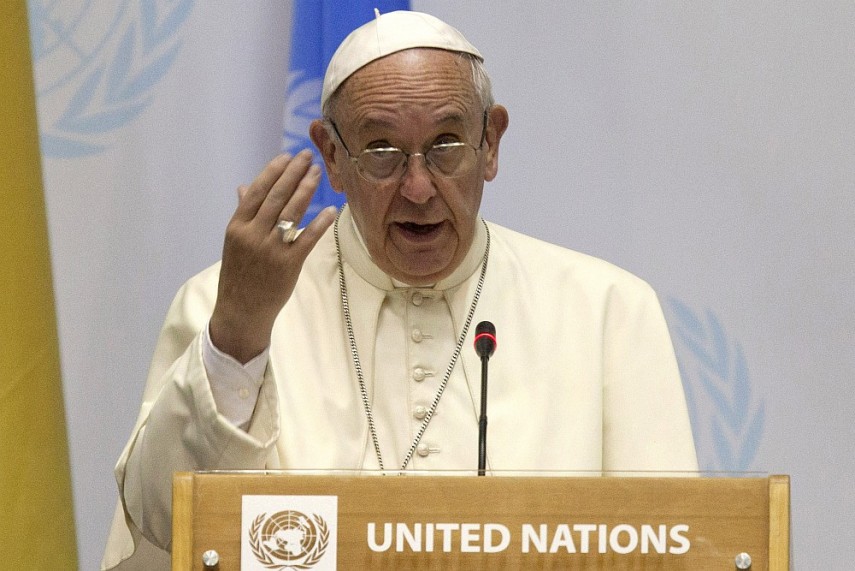 Pope Francis said today the world was at war but argued that religion was not the cause, as he arrived in Poland a day after jihadists murdered a Catholic priest in France.

In his first speech after touching down in the city of Krakow, the pontiff said the way to "overcome fear" was to welcome people fleeing conflict and hardship.

Opening doors to migrants demands "great wisdom and compassion" he said, chastising a rightwing government that has refused to share the burden during Europe's worst refugee crisis since World War II.

"We must not be afraid to say the truth, the world is at war because it has lost peace," the pontiff told journalists on the flight out from Rome.

"When I speak of war I speak of wars over interests, money, resources, not religion. All religions want peace, it's the others who want war."

The brutal killing of the elderly priest during mass in France yesterday, in an attack claimed by the Islamic State group, has cast a shadow over Francis's trip to headline World Youth Day, a gathering of young Catholics from across the globe.

"This holy priest who died in the moment of offering prayers for the church is one (victim). But how many Christians, innocents, children?" Francis said.

"The word we hear a lot is insecurity, but the real word is war. The world has been in a fragmented war for some time. There was the one in 14, one in 39-45 and now this," he said referring to World War I and II.

A string of terror attacks targeting civilians in Europe appears to have dampened turnout for the World Youth Day festival, a week-long faith extravaganza dubbed "the Catholic Woodstock".

Flag-waving crowds of youngsters nonetheless turned out in force to cheer on the pope as he sped to the Wawel Royal Castle in his open-top popemobile, defying security fears.

"It's an incredible experience," said one Krakow resident who gave her name as Danuta.

"I greeted pope John Paul II on all his trips here and pope Benedict too," she said.

Around 200,000 pilgrims attended the opening mass on yesterday, according to Krakow police, while organisers had expected around half a million.

The French priest's murder has also complicated Francis's aim to champion migrants, while emboldening Polish Prime Minister Beata Szydlo and her right-wing government who have refused to take in refugees for security reasons.

Poland is on high security alert, deploying over 40,000 personnel for the visit. Authorities also charged an Iraqi man on Monday with possessing trace amounts of explosive material.

"World Youth Day is a great celebration and we hope the attack in France will not ruin it," said Marcin Przeciszewski, head of Catholic Information Agency KAI, as worshippers gathered yesterday to pray for the fallen French priest.