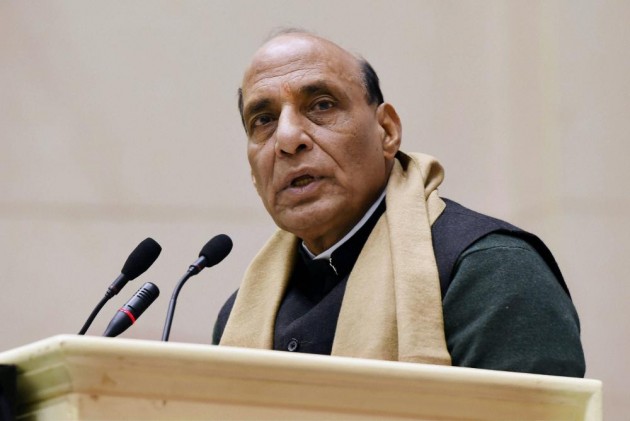 Union Home Minister Rajnath Singh today said pro-Pakistan activities would be not be tolerated in Jammu and Kashmir even as he noted that the ruling PDP-BJP alliance in the state was doing well in the desired direction.

"We can tolerate everything, but not pro-Pakistan slogans and hoisting of Pakistani flags on Indian territory. Such persons have their place in jails," he warned.

He said that "the more we try to bring bilateral relations to normal, the more Pakistan tries to disrupt them by unabashed disregard of the ceasefire".

"I do not understand why Pakistan is unhappy with us?" wondered the home minister.

He said he has made it clear to the Armed Forces that the first bullet should not be fired by India, but there should not be any leniency in giving a fitting replying in case of any violation.

Referring to Prime Minister Narendra Modi's recent visit to China, Singh said, "We know that that the border is a big issue in bilateral relations between India and China... Modi has made it clear that Arunachal Pradesh and J-K are integral parts of India and there would be no compromise or leniency on it."

The home minister was addressing a public meeting organised by Jodhpur BJP here on the occasion of the first anniversary of the NDA government in office. He later left for Rajkot.