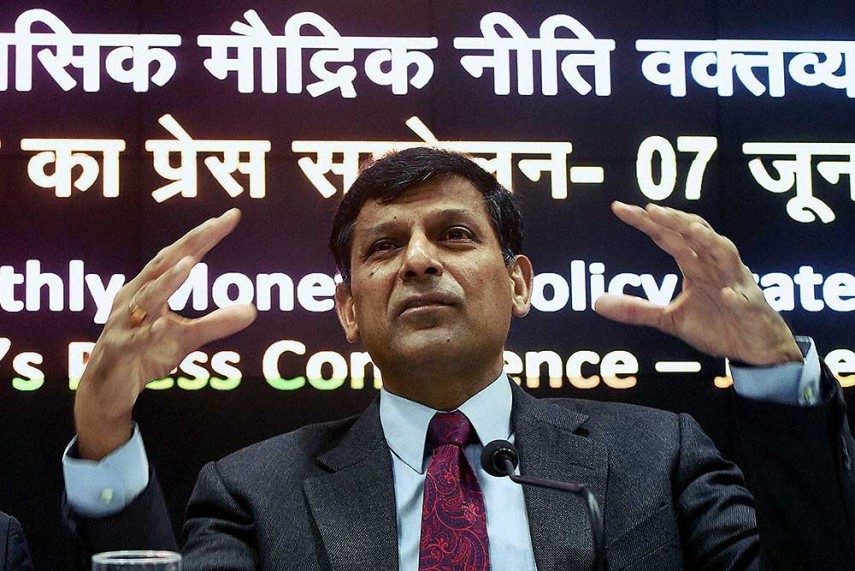 Allaying fears of market disruption in view of USD 20 billion worth of redemptions in foreign deposit accounts in the coming months, the Reserve Bank today said it will continue with domestic liquidity operations and foreign exchange interventions to ensure smooth repayments.

In the Third Bi-monthly Policy Statement for 2016-17, RBI Governor Raghuram Rajan said that as regards the management of the imminent FCNR(B) redemptions, the central bank has been frontloading liquidity provision through open market operations and spot interventions/deliveries of forward purchases.

"The Reserve Bank will continue with both domestic liquidity operations and foreign exchange interventions that should also enable management of the FCNR(B) redemptions without market disruptions," he said.

Interacting with the media later, Rajan said: "We do not see the FCNR(B) repayments as disruptive.

"With the preparation we have made, and good management, redemptions should go smoothly. More generally, the new liquidity framework announced in the April policy is being implemented. We have reduced some of the structural liquidity deficit. However, the current surplus is partly because of seasonal factors and not because we have eliminated the structural deficit."

Rajan further said that despite easy liquidity, banks have passed past rate cuts into lending rates only modestly.

"Earlier, some bankers said that it was the lack of liquidity that was holding rates high, now I hear from some that it is fear of the FCNR(B) redemptions that is making them reluctant to cut rates," he added.

With a view to further front-loading the provision of liquidity, Rajan said it has been decided to conduct an open market purchase auction on August 11, 2016.

The Governor had earlier said that he expects there would be outflows of USD 20 billion because of the maturing process as people have borrowed money to invest in the FCNR-B deposits.

When the rupee had a freefall due to the 'taper tantrums' in the summer of 2013, plummeting to lifetime low of 67.85, India had mobilised USD 26 billion through foreign currency non-resident bank account (FCNR-B) deposits by offering a special swap window for banks. The three-year deposits are maturing starting next month.