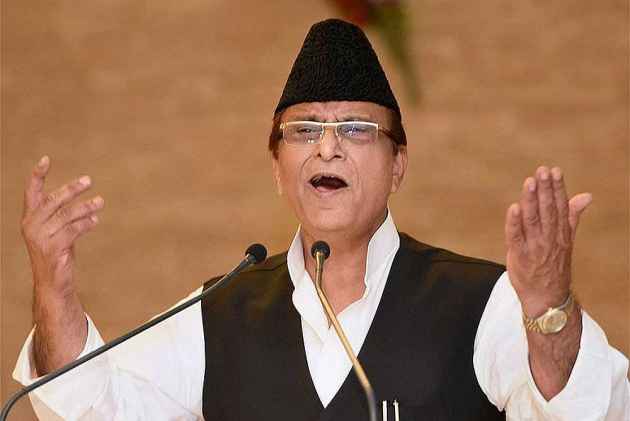 Samajwadi Party leader Azam Khan has kicked up a storm again, this time with remarks about the Indian Army that were today condemned by the Bharatiya Janata Party, which urged the SP to "sack" him.

Khan said excesses by security forces had led to "women in some places chopping off the private parts of Army men".

The BJP hit out at the SP leader, demanding that his party "sack" him for seeking to "divide the country" on religious lines.

"It has become a fashion in the country to demean the Indian Army in the name of freedom of speech and expression," BJP spokesperson Sambit Patra said in New Delhi, attacking the SP, Congress and the Left for "making statements against the Army".

While the Army protected the borders, the political parties were bent upon "showing it in a poor light", he said.

Describing Khan's statement as "shameful", Patra said he was "a repeat offender" who politicised sensitive issues related to defence.

"He has yet again demeaned the Indian Army and I hope his party will sack him," the BJP leader said.

Patra referred to the "valour" of the army when it rescued people in the valley during the floods.

"Everyone across the globe respects the Indian Army, and because of it we have a vibrant democracy," Patra added.

"But Mr Khan is trying to create a narrative to divide the country on the basis of religion," Patra said, adding that it hit the morale of soldiers fighting cross-border terrorism.

Azam has often triggered controversy with his remarks on rape. He was quoted as telling a rape victim, "If you keep talking about the crime, how will you show your face to the world?".

On another occasion, he said mobile phones were responsible for the rape of minors.