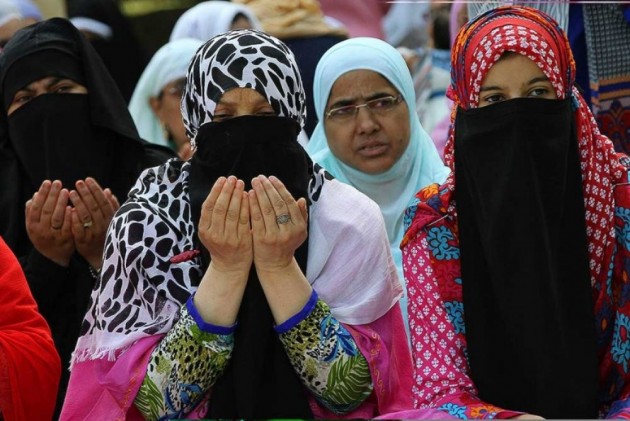 Marking a victory for campaign for gender equality in places of worship, a group of women activists on Tuesday entered the sanctum sanctorum of Haji Ali dargah in Mumbai and offered prayers.

The entry by members of Bharatiya Muslim Mahila Andolan (BMMA) into the mausoleum came more than a month after the Haji Ali Dargah Trust told the Supreme Court it will allow women inside the inner sanctum of the shrine. Women devotees' entry into it was banned a few years ago.

"Around 400 women from BMMA today went to the dargah. We also offered a 'chaadar' (shawl) there and paid our respects to the saint," Zakia Soman, co-founder of BMMA, told PTI.

She said the trustees were very courteous and did not resist their entry into the sanctum sanctorum of the dargah, one of the famous landmarks of Mumbai.

"On the contrary, they offered us tea and spoke to us for some time. Their welcoming stand towards women is a great moral victory for us," she said.

The Bombay High Court had in August lifted the ban on women from entering the inner area of the dargah, saying it contravenes Articles 14, 15 and 25 (dealing with fundamental rights) of the Constitution.

BMMA, an NGO, was one of the petitioners which had challenged the ban, imposed by the Haji Ali Trust in 2012, in the High Court. The 2012 ban was based on the trust's notion that it is a "grievous sin" to let women into the inner area.

The dargah, said to date back 600 years, is a popular religious place located on an island off South Mumbai. It houses a mosque and the tomb of Muslim saint Sayed Peer Haji Ali Shah Bukhari and is visited by people of all faiths.

After the HC order in August, she offered prayers at the shrine, but did not enter its core area.

Continue FREE with Ads Pay Rs. 1 to Read Without Ads
READ MORE IN:
National
Next Story : Centre Reaches Out To States On Demonetisation
Download the Outlook ​Magazines App. Six magazines, wherever you go! Play Store and App Store