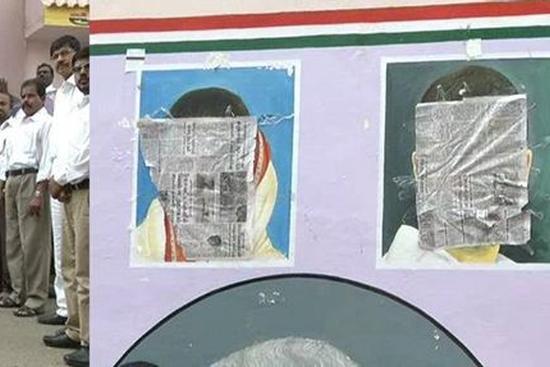 With the exit of former union minister G K Vasan from Congress, posters appeared in parts of the city, criticising party President Sonia Gandhi and Vice-President Rahul Gandhi for the crisis.

The posters blamed Gandhis for the sorry state of the party and various issues related to Tamil Nadu, police said.

Police suspect the hand of followers of Vasan behind the posters.

Meanwhile, the photographs of Sonia and Rahul were removed from party office on Audis street and replaced with that of Vasan and his father G K Moopanar.