'Wish You Were Our PM,' Pak Woman Tweets To Swaraj After Getting Visa Clearance 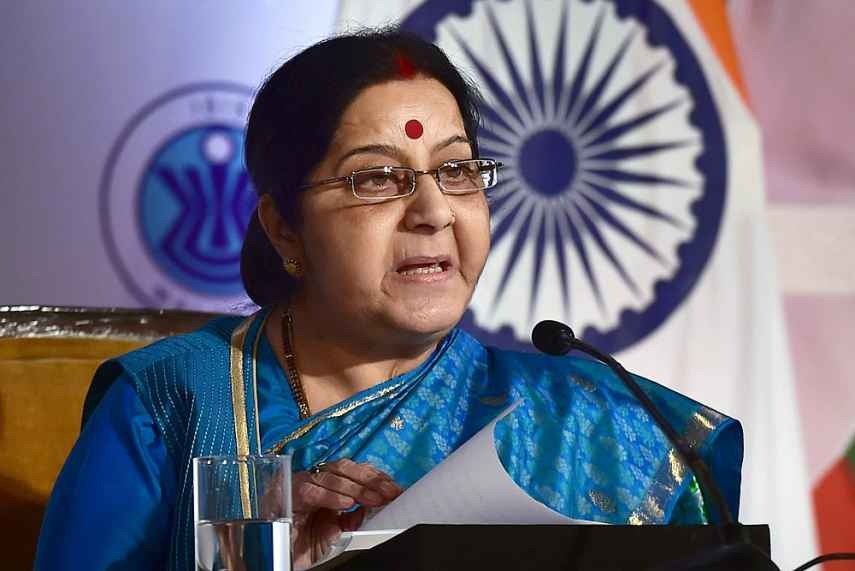 Print
A
A
A
increase text size
Outlook July 28, 2017 11:38 IST 'Wish You Were Our PM,' Pak Woman Tweets To Swaraj After Getting Visa Clearance

"Wish you were our Prime Minister". This heart wrenching message was delivered to External Affairs Minister Sushma Swaraj by a grateful Pakistani woman, who was swiftly granted an Indian visa after she appealed to Swaraj on twitter.

Swaraj yesterday, while addressing to the concern of Pakistan national Hijaab Asif, urged the Indian High Commission in Islamabad to issue a visa to the latter for prevailing medical facility in India.

Soon after Swaraj directed India's High Commissioner in Pakistan Gautam Bambawale to register Asif's plea, the latter responded saying that he is in touch with the Pakistan national and will do the needful.

"Dear ma'am, spoke to DHC (Deputy High Commissioner) in Islamabad, told the patient's current condition and he said it's all up to you. If you allow," Asif had tweeted earlier.

Acting swift on Swaraj's words Bambawale replied, "Maam, we are in touch with the applicant. Rest assured we will follow it up."

Elated with the hearty response, Asif thanked Swaraj and heaped praises on her.

"@SushmaSwaraj What do I call you? Superwoman? God? No words to describe your generosity! Love you ma'am. Cannot stop praising you in tears!!!," she said.

In another tweet, she said "my heart belongs and beats for you", adding that "Pakistan doesn't deserve her at all".

"Lots and Lots of Love and respect from here. Wish you were our prime minister. this country would have changed."

Asif is suffering from serious liver ailment and needs urgent treatment in India.

Swaraj in the recent past help a Pakistani man with a medical visa for his two and a half-month-old infant, who was suffering from a heart disease. (ANI)