Will Win Even If I Contest As Independent Candidate: Shatrughan 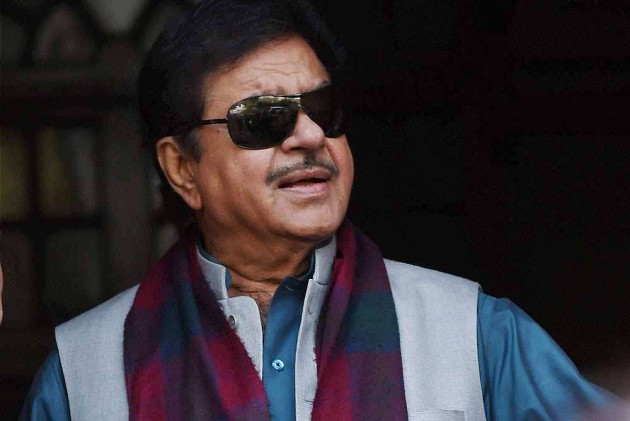 Print
A
A
A
increase text size
Outlook January 18, 2016 16:14 IST Will Win Even If I Contest As Independent Candidate: Shatrughan

BJP MP Shatrughan Sinha today asserted he can win elections even if he contests as an independent candidate and admitted he has been getting "feelers" from other parties for long.

The Patna Sahib MP, who was sidelined by the BJP in the recent Bihar Assembly polls, also said he gave his opinions whenever the Prime Minister or the party did a good or bad thing and was never "disgruntled or sulking".

"Since I am a good man in politics, I have been getting feelers from other parties for ages. That's why I have been saying I don't have any problem," Sinha told PTI here.

"I have been winning by a record margin. Even if I contest as an Independent, it would not be a problem because a lot of people will support me," he said.

Once among the BJP's star campaigners, Sinha was kept out of action by the BJP leadership in the recent Bihar Assembly polls in which the party fared miserably.

He had often taken potshots at the party for the way it conducted the campaign in Bihar and even went on to term the grand alliance's victory as "victory of democracy".

"I could see the writing on the wall. I tried to make everyone understand through various means including Twitter. I also heard that they could remove me from the party. I said no problem you could as you were in a decision making body, but they didn't remove me," he said.

Sinha said he has always taken a stand in politics, which he claimed was an inspiration for the youth.

"In politics, I can't be singing paeans in favour of someone. When the Prime Minister and the party did good work, I said it and when I didn't think it was good, I gave my opinion," he said.

He also said he was "never disgruntled or sulking" as was being reported by the media.

"I have always been cool, calm and composed. Come what may, I'll not compromise with my principles and honesty. I have not done any anti-party or anti-national work. I'll never do so. I understand the dignity of the party. I don't think they will remove me," Sinha said.