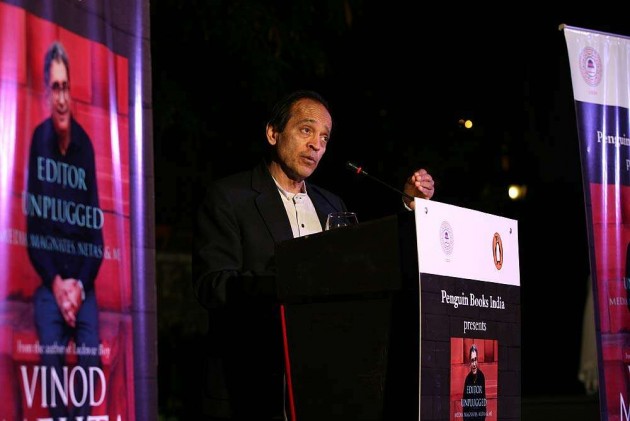 Eminent novelist Vikram Seth has said he was keenly awaiting the outcome of Sahitya Akademi's upcoming emergency meeting to decide whether or not to give up award conferred on him by the literary body.

"In the Akademi there is so much inaction in the face of recent dreadful events like death of writers because they have spoken their mind. It is not fair in advance to malign or prejudge what the Akademi might decide to do but I am quite confident that they will take a stand," Seth told PTI.

The 63-year-old writer who had received an Akademi award in 1988 for his novel The Golden Gate said this on the sidelines of the launch of his book of poems The Summer Requiem here last night.

With writers including Nayantara Sahgal, Uday Prakash, Ashok Vajpei and Ganesh Devy returning their awards in protest against incidents of "rising intolerance", the Akademi has advanced its general council meeting to October 23.

Stating that he admired the "courageous acts of protest" by all writers who had given up their awards, Seth said the Sahitya Akademi should be given a chance to make amends.

"I admire these writers but once the Akademi has decided under pressure to bring their meeting forward then both tactically and in terms of decency you should give them a chance," Seth said.

Seth said he "does not want it to sound it like a threat but if the august institution fails to protect the rights of the writers then I most certainly will return the award."

"I think and I hope that they will come up with something robust in defence of free speech, reason and at least the right to life of people who speak their minds. If they do not, then I haven't spoken to other people but there might be people who think in that state all bets are off. That an institution which behaves like that is perhaps not something we have to accept awards from," he said.

The author also remarked that the actions of writers should not be seen as concerted.

"I don't think it was a concerted effort about writers giving back their awards. It is ironic that an institution with such a wonderful history and such an august institution not only does not stand up for writers who otherwise lead such lonely professional lives, but it also admits openly that it was under pressure," the author said.

Seth said he had heard about fellow poet Keki N Daruwalla having written to the Sahitya Akademi chair after the killings of writer M M Kalburgi and others but failed to get a reply.

"I heard that he only got a telephone call stating that there was pressure (on the institution)."

"Pressure? Pressure not to say that the murder of Kalburgi or Pansare was wrong? Pressure not to speak out against or attempt to gag people who speak their minds? What kind of pressure is this?" Seth, who was in conversation with David Davidar of publisher Aleph Book Company, said.