Will Not Allow Any Anti-India Activities: Myanmar to India 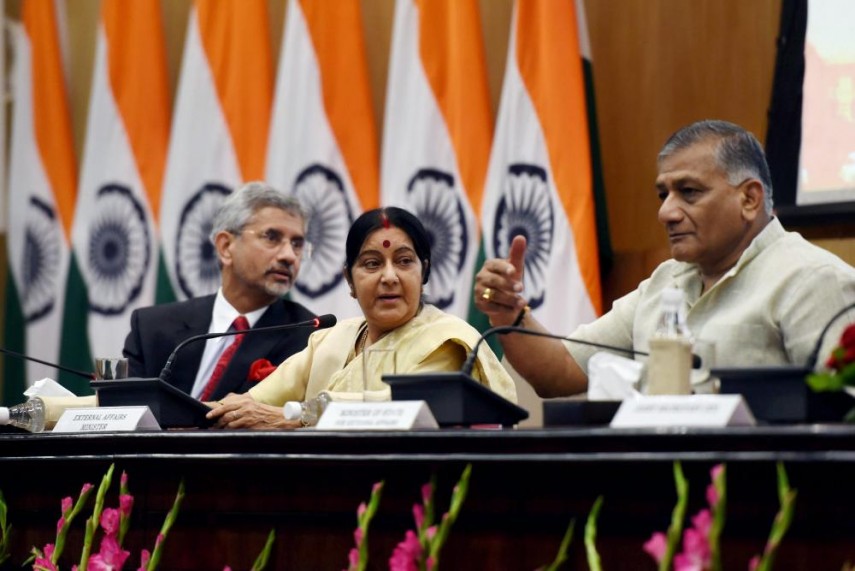 Print
A
A
A
increase text size
Outlook August 22, 2016 12:47 IST Will Not Allow Any Anti-India Activities: Myanmar to India

Myanmar today gave an assurance that it will not allow any insurgent group to use its territory against India.

The assurance comes in the backdrop of certain insurgent groups from northeastern states using Myanmar for launching attacks against India. The Indian army had carried out a major operation against these groups in June last year along the Indo-Myanmar border.

"Myanmar leadership assured that they will not allow any insurgent groups to use any territory for action against India, (that) they all recognised is a friendly country which has stood by people of Myanmar and they look forward to a very productive partnership with India as Myanmar continues on its journey of peace, progress and development," MEA Spokesperson Vikas Swarup told PTI.

Swaraj's visit also comes just days after the Indian Army had an encounter with NSCN-K militants in Nagaland who were trying to enter the country from Myanmar. While reports suggested that the Indian Army had crossed over to Myanmar, it was officially denied by India.

In the first high-level visit from India after the civilian government assumed office here, Swaraj called on President U Htin Kyaw and held extensive talks with State Counsellor and Foreign Minister Aung San Suu Kyi during which she conveyed India's commitment of "all help" to the new government.

Describing India as a friendly country, Myanmarese President told Swaraj that he looks forward to a "very productive partnership".

Swaraj also discussed with the Myanmarese leadership how India can help in Myanmar's development efforts.

They discussed a number of areas of possible collaboration such as power. India is already supplying 3 MW electricity to Myanmar through the Moreh-Tamu link but this can be further upgraded, Swarup said.

Congratulating Suu Kyi on her party's victory in the "first genuine election", Swaraj assured her of "all help".

"India is committed to strengthening your democratic institutions and socio-economic development of your people," Swaraj said during her meeting with Suu Kyi, whose National League for Democracy party won a historic landslide election last year that finally brought an end to five decades of military rule.

Swaraj said this was the message of Prime Minister Narendra Modi and President Pranab Mukherjee.