Will Nitish Ask Modi to Probe Those Named in Panama Papers?, Asks Tejashwi 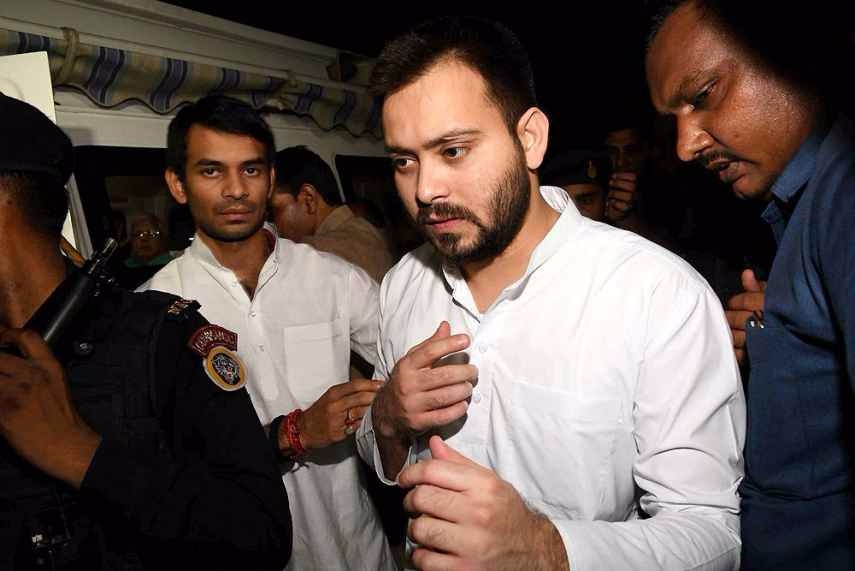 Print
A
A
A
increase text size
Outlook August 03, 2017 10:43 IST Will Nitish Ask Modi to Probe Those Named in Panama Papers?, Asks Tejashwi

Former deputy chief minister Tejashwi Yadav on Wednesday asked Bihar Chief Minister Nitish Kumar if he would ask Prime Minister Narendra Modi to conduct a probe against those who have been named in Panama Papers leak case.

Speaking at a press conference here, Tejashwi said, "The people of Bihar demand an answer to all the questions that Nitish Kumar and Sushil Modi have accused us of. Also would Nitish ask Prime Minister Narendra Modi to conduct a probe against people who have been named in Panama Papers leak case? That day will never come..as all accused are together".

"Nitish's arrogance will destroy the present government very soon and he will also fail in completing his tenure. If Nitish didn't want to work with us then why did he wait so long? And why he has ruined four years of Bihar?"

He alleged that 75 percent of the ministers in government are tainted, but the Chief Minister has kept mum on the issue.

He also accused Nitish of being on Bharatiya Janata Party's (BJP) side from the very beginning of their alliance. He also mentioned that, "Once Sharad Yadav had put his life on stake in an election campaign against me for Nitish."

Earlier, Nitish has stated that if Lalu had explained himself over the corruption allegations, then the situation could have been different in Bihar. (ANI)